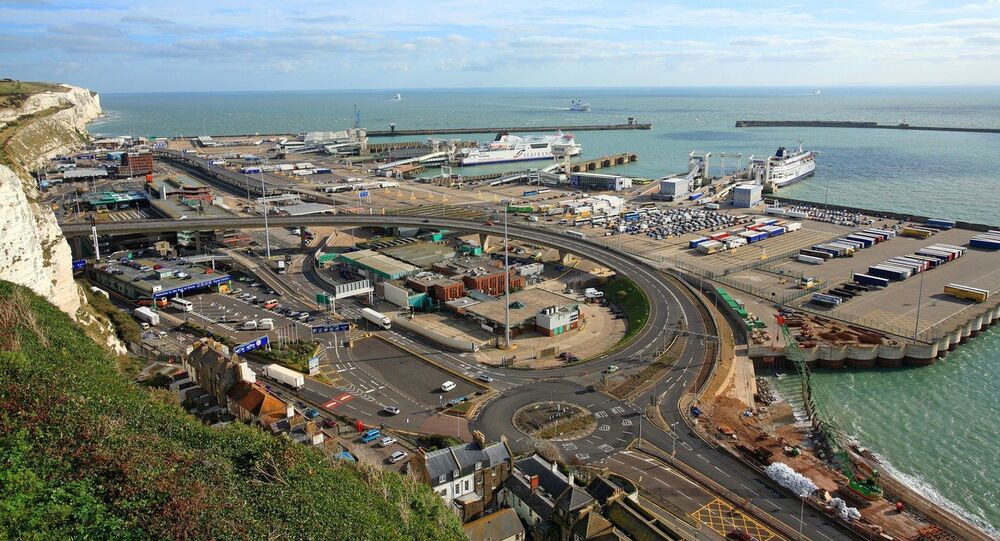 Rural crime is on the rise in the UK with increasing numbers of children forced to supply drugs to small communities on behalf of large drug gangs operating out of big cities preying on kids who need money for their families.

Drug dealers view small coastal towns and villages as a market to exploit, spreading what was once an urban problem to the countryside along  'county lines.'

The recent research carried out by the St. Giles Trust, a charity in England, also found that vulnerable children are being forced to sell drugs to provide for their families.

Kendra Houseman, a child sexual exploitation expert with experience of working with children exploited by gangs told Sputnik what's happening in Kent, a home county bordering Greater London "is a decade behind what's happening in London — but the gap is getting smaller."

A report published by the UK's National Crime Agency suggests 720 county lines operate across England and Wales, the majority originating in London but it's thought that number is more like 1,500.

Houseman is frustrated with the UK government's reaction to the increase in child sexual exploitation and county lines.

"They only turn to practitioners like me and the group of people I work with when there's a crisis," she says. "They need to be involved before the crisis erupts."

Figures published by @NCA_UK reveal 16 child potential victims of #modernslavery indicated across #GreaterManchester in first 3 months of 2018. Officials link the increase to rise of #CountyLines
For help, support or advice call @MSHelpline — 08000 121 700https://t.co/JRm9gWGHvh

Kendra admits she was "saturated by gang culture" while she grew up in South London, moved to Kent to start a new life where she helps other young people who have found themselves in similar situations.

"You can be book-taught all you want but it's like learning another language and you can't understand the culture you're supposed to help if you can't speak their language fluently," she told Sputnik.

County lines, as summarised by charity Children's Society, is when gangs and organized crime networks exploit children to sell drugs; the youngsters are forced to travel by train, bus or taxi across counties to supply drugs using a dedicated phone line.

According to scoping report, 90 percent of children dealing drugs across county lines are teenage boys chosen because of the color of their skin and the market they must exploit.

"Line owners are now selecting children that match the ethnic make-up of their market areas," the report by St. Giles states.

In Kent, the chosen area for a pilot project commissioned by the Home Office, the majority of children are white, reflecting the demographic of the people living there and the market the drug dealers want to exploit.

However police forces across the country are responding to the issue in varying ways, in some instances the children exploited by the drug gangs are being inappropriately criminalised. For example, Wiltshire Police confiscate trainers to send a message that crime doesn't pay.

Meanwhile other forces are using the UK's Modern Slavery Act to prosecute the drug gangsters who have exploited vulnerable poor children.

ICYMI: A glimpse into a brutal & sordid business going on right under our noses > First conviction under Modern Slavery Act — London gang trafficked teen to #Swansea and held her prisoner in a flat as part of heroin & crack dealing “county lines” operation https://t.co/ZCjgVm3Xcu