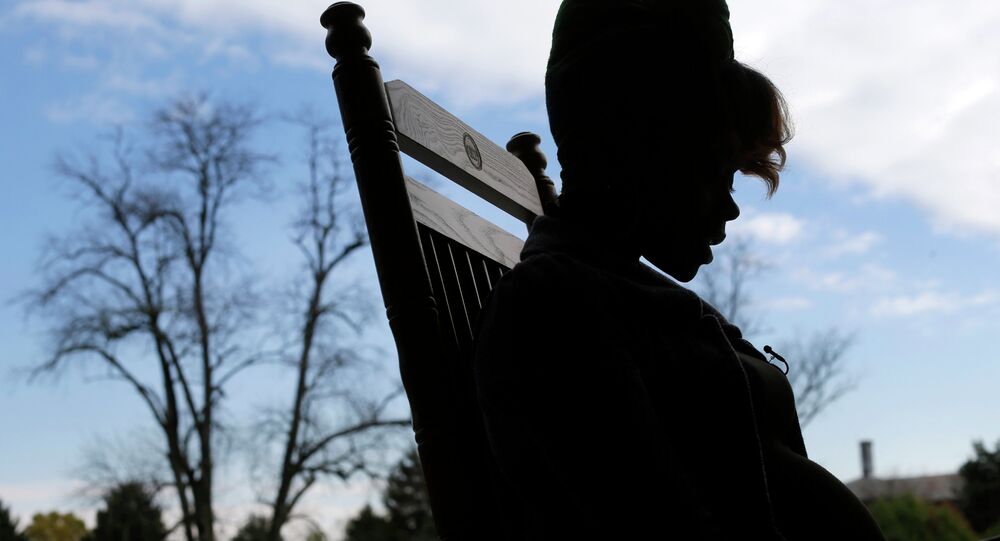 The real number of children in British schools exploited by gangs will never be released because parents will be terrified to leave their children alone, an expert told Sputnik, speaking on the widespread issue of modern slavery and ways to tackle it.

The British government is increasing efforts to combat the rise of child sexual exploitation and the trafficking of young people along county lines in cases amounting to modern slavery.

"It's exactly the same process as when someone it brought to the UK here and forced into modern slavery."

Statistics released by the National Crime Agency (NCA) reveal a 35 percent rise in the number of British children forced into modern slavery. A total of 5,145 potential victims were referred via the National Referral Mechanism in 2017. The largest number of children who were victims came from Britain.

The majority of the children referred by police are being exploited by gangs and used for sex or to transport drugs, weapons or money across what's known as 'county lines' to pedal their drugs from big cities to suburban and rural communities.

"Schools are happy to talk about gangs but they don't want to admit children are being exploited in their school. I know full well schools and social services will never release the real number of pupils exploited because people will be terrified to leave their children alone," Kendra Houseman told Sputnik.

A recent report into gang activity in a borough in London suggested gangs had shifted their focus from defending their 'ends' defined by postcodes to viewing their territory as a marketplace where money is to be made selling crack, cocaine and cannabis. The report reveals the extent young girls are exposed to violence and sexual exploitation which amounts to modern slavery.

"There's a lot of exploitation. A lot of guys obviously use the females to carry weapons and drugs; they think they're not going to get stopped as likely as what they are," a former gang member said.

"It's not really about postcodes any more. It's about money," the report From Postcodes to Profit, How gangs have changed in Waltham Forest states.

In the first case of its kind, two gang members who trafficked a teenage girl from London to Wales to deal drugs were jailed under modern slavery laws in April 2018.

Mahad Yusuf, 21 and Fesal Mahamud, 20 used social media to lure the teenager to meet then in Enfield, north London where they then drove her to Swansea. The young girl was beaten, punched and forced to conceal Class A drugs inside her. Scotland Yard identified the addresses along the so-called 'county lines' from London to Wales.

The men pleaded guilty to trafficking the teenager for the purposes of exploitation under the Modern Slavery Act and conspiracy to supply drugs. They were sentenced to ten and nine years in jail and made subject of a Slavery Trafficking Prevention Order. Scotland Yard said the case was the first time human trafficking legislation had been used in a 'county lines' case.

Announcing the funding for local authorities, children and families Mmnister Nadhim Zahawi said: "exploitation of children in any form is an abhorrent crime and it is deeply saddening that vulnerable children and young people are prey to criminals.

The money allocated to tackle the rise in child exploitation along county lines will be made available in 2019.