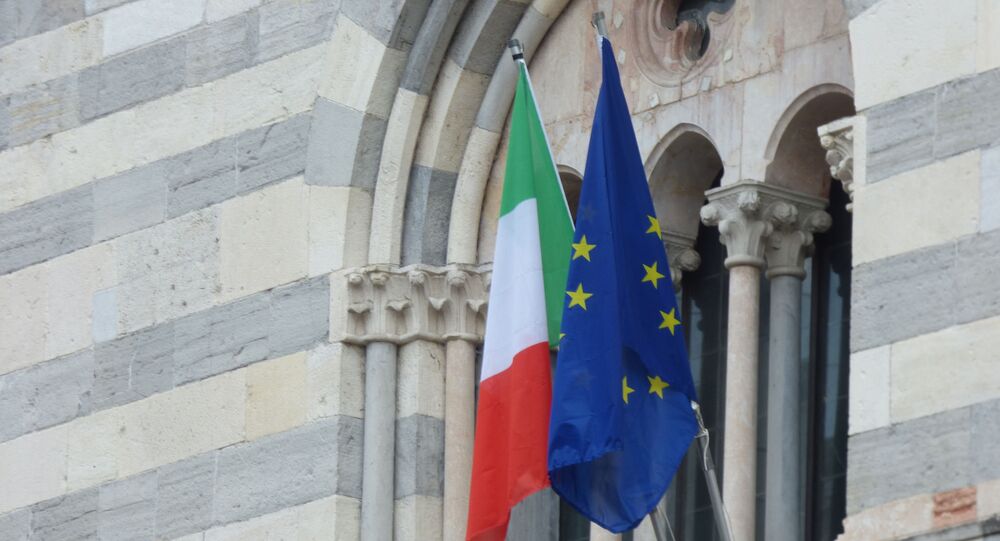 'Don't Poke Your Nose in Others' Business': Italian Party Lashes Out at France

The leader of the Italian euroskeptics, who is in the final phase of building a coalition cabinet after two months of debates, has fended off France’s minister of finance who had urged the future Italian government to play by European rules.

The leader of euroskeptic Lega party, Matteo Salvini, has fended off the French economy minister’s warnings for the future Italian government of “the risks of  failure to follow debt obligations.”

“May the French deal with France and not poke their noses into others’ business,” Salvini said at a recent League meeting, cited by Sputnik.

​A French minister ‘warns’ the future government: do not change anything, or there will be problems. Another unacceptable invasion on the matter. I didn’t get votes and trust to follow the path of poverty, precariousness and immigration: Italians first!

A few days ago in his interview, the French economy minister, Bruno Le Maire, warned the future Italian government of the “risks of not abiding by the debt obligations” and reminded of the threat to the financial stability of the eurozone.

He’s absolutely right!! We would react the same way if some minister from Italy and any other country dictated our policy in France.

This was echoed by other users.

​We are making own decisions at our home.

At the same time, others have pointed at the growing eurosceptic tendencies within the European Union:

​After ‘America first,’ Brexit, it’s  ‘Italians are first’ by Mr. Salvini now! It’s a shame that nationalism is gaining strength across Europe. The European will face major difficulties because of their disunity!

The French minister’s claims came right before the Lega party signed an agreement on its future coalition government with the Five Star Movement and named Giuseppe Conte as its prime ministerial candidate after months of talks, threatening to enter a deadlock and new elections. This topped several failed rounds of consultations.

The coalition has been in discussion since the beginning of March when the national general elections took place in Italy. None of the parties were able to secure a majority as M5S got more than 32 percent of the vote, while the center-right coalition, consisting of the eurosceptic Lega party, center-right Forza Italia and the Brothers of Italy movement, received 37 percent of the vote.

Matteo Salvini, whose party has repeatedly advocated for a harder stance on migration and a more independent European policy, has already argued with a top EU official for his apparent attempt to interfere in Italy’s internal affairs, particularly the contentious issue of migration.

After the European Union’s immigration commissioner, Dimitris Avramopoulos, called on Italy to maintain its current stance on migration and avoid changes to the country’s national budget, Mr. Salvini revolted on Twitter, posting:

“Yet another interference from unelected. We have welcomed and maintained too much, now is the time of legality, security and rejections!”