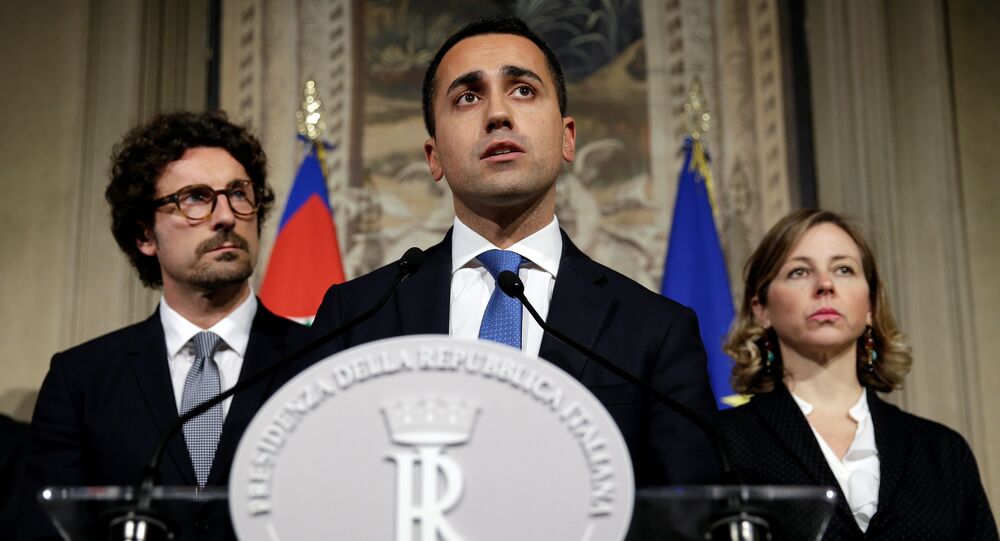 The Five Star Movement (M5S) and the League – two parties that scored resounding victories in Italy’s national election – put the interests of the Italian people first.

M5S leader Luigi Di Maio told reporters on Saturday that the deal between the country’s two populist parties is "for Italy and the Italians."

“Look, we want to do what's in the program and what's in the contract. It is clear that some of those points must be obtained in Europe, on European tables,” Di Maio said, outlining the priorities set by the new government.

He added that the Cabinet has an important political weight because it has been voted for by the people and “a staff of excellence that is able to mediate to achieve those results.”

“We want to go there to work seriously, not to achieve goals for Russia, for the United States or for Germany… With all due respect. The objectives that are in the contract are for Italy and the Italians,” he continued.

The M5S leader emphasized that “from now on, the Italians come first. And then the deficit and the parameters."

According to a survey conducted by the Techne research and polling agency, a hefty 60 percent of Italians aged 18-30 voted for anti-EU parties.