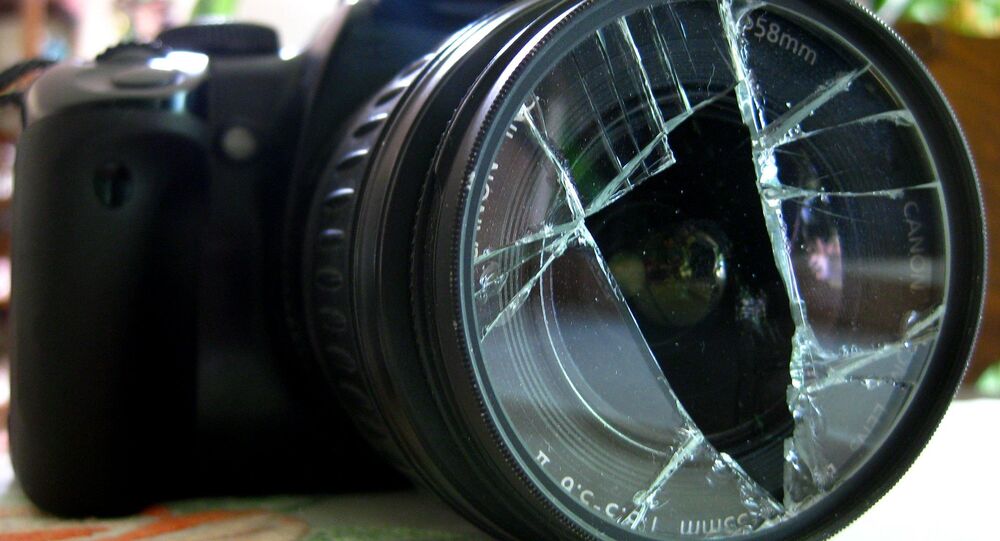 Post-COVID: Will Journalists Be Just As Carried Away By Geopolitics And Techno-Nationalism?

Geopolitics, Geoeconomics and Techno-nationalism are the next big things for global leaders to fight over. But in a post-COVID era, journalists from all over the world face a new challenge of resisting pressures from their own government on these three subjects so they can continue to report as objectively as possible.

“I think it’s time to return gradually to the usual patterns of life - there’s no need to be terrified.”

This sentence is from a column published on 11 February 2020 in NoCut News, a daily newspaper run by South Korea's Christian Broadcasting Service (CBS). Even though the sentiment is prefaced with the caveat “although we should take serious preventive actions”, it implies a return to the comfortable normality of "pre-COVID-19" from the unsettling "now". And it is a wish with which many will agree.

But according to a recent column by Haim Israel, managing-director of research at Bank of America Merrill Lynch, "the coronavirus is not just a temporary crisis; it’s a permanent disruptor. It’s one of those rare events in history that will completely reshape geopolitics, societies and markets.”

© AP Photo / Tony Avelar
COVID-19: Facebook Unveils $100m for New Journalism Project
There have been lots of conspiracy theories around COVID-19, but none of them have survived scrutiny. The world has just been caught by surprise as the microscopic SARS-CoV-2 virus has had such a macro, indeed global, impact on Geopolitics, Geoeconomics and Techno-nationalism for approximately a year and five months. At the same time, Geopolitics, Geoeconomics and Techno-nationalism have been described by Moon Chung-in, chairman of the Sejong Institute - a celebrated South Korean think-tank – as the three major causes for tensions between the US and China.

Even though COVID-19 broke out in China, it became much more rampant in the United States, with several massive outbreaks. China - as well as Vietnam and other authoritarian states - could prevent the infection spreading whereas in Europe, which lacks a resident registration system and is bound with laws protecting people's freedom of expression, lockdowns are still needed because of ongoing outbreaks caused, some believe, by protests against being locked down.

© AP Photo / Andy Wong
North Korea Mined Areas on Border With China to Prevent COVID-19 Infiltration, Reports Suggest
The virus, therefore, seems to have dealt a serious blow to the high standards of liberty and democracy on which the West so prides itself, while authoritarian regimes proved their greater competence in curbing the spread of infection. And the fact that the country where the virus started (China) and the country which suffered the worst effects of the virus (the US) are in a state of fierce rivalry remind us of how close the link is between the micro and macro worlds.

First, where Geopolitics are concerned, the race is on over who should control the Eurasian continent and the Pacific Rim, including the Indo-Pacific region. The US and China are locked in a strategic arms race, and their points of conflict at present are the Taiwan Strait, the South China Sea, the East China Sea, and the Korean peninsula.

© AP Photo / Ahn Young-joon
People wearing face masks to help protect against the spread of the new coronavirus visit to pay their respects on Memorial Day at the national cemetery in Seoul, South Korea, Saturday, June 6, 2020.

The second area of dispute is Geoeconomics. As it struggles to balance its chronic trade deficit with China, the US is deeply worried about China's unfair trading practices, including infringement of intellectual property and China's exclusive Belt And Road plan. The US is trying to counteract the effects of these policies by adopting a strategy of excluding China from the international division of labour by "decoupling" in trade and investment.

Third, Techno-nationalism, how weak the policy of 'universal humanism' is if it can be destroyed so easily by the virus. Since scientific and technological competition affects not only a nation's economy but also its defence, it is assumed that the state should manage technology development and scientific technology transactions directly.

Techno-nationalism can be seen as having three sub-strata: state-сentrism, technology protectionism and technological supremacy. State-centrism implies that the state should actively promote technologies it needs for industry and defence. Technology protectionism means that the state should protect home-grown technologies from being bought or stolen by enemies or competitors, and technological supremacy means being the best in the world and setting global standards. The US and China have been competing in these three categories.

There is no better way to see how the US and China have been competing in all three areas (Geopolitics, Geoeconomics and Techno-nationalism) than by considering their currencies. The Biden administration has been developing ways to restrain China's growth in everything from trade to high-tech ever since the China Central Bank Digital Currency (CBDC) challenged the supremacy of the US dollar. However, the fact that the US enjoys the unfair advantage of being able to print unlimited amounts of money without the fear of inflation has caused some countries which  hold Special Drawing Rights (SDR) - including the EU, China, Japan and the UK - to complain, and the anger has only increased with time.

© CC BY 2.0 / The U.S. Army / Patrol in Afghanistan
Biden Drops Afghan Mess to Target China, Russia
Anyway, the United States has sent its finest digital currency minds to the Treasury Department and other economic offices to counter the threat of China’s digital yuan. The secretary of the treasury, Janet Yellen, spent four years from 2014 as the first woman to chair the Federal Reserve – the US central bank – and is the country's top currency expert. Gary Gensler who has recently been appointed chairman of the Securities and Exchange Commission by Biden, is a professor at the Massachusetts Institute of Technology (MIT) and someone who’s been working with digital dollars that have been co-developed by the Fed and MIT. Lael Brainard who’s leading research on the digital dollar at the Federal Reserve is very close to the Democratic party and is a strong candidate to become its next boss and her husband, Kurt Campbell, is the National Security Council Coordinator for the Indo-Pacific (the so-called Asia Tsar). The official reason for developing the digital dollar is so that cash payments can be made to low-income citizens who are eligible for federal income support.

In China, even before COVID-19, it was possible to pay for everything - even street snacks - with WeChat or AliPay. It is also a sign of the digital yuan's popularity that Chinese youths engrave their personal QR code on their tops. China is putting forward a state-led monetary economy and managed to establish a digital currency economy while leap-frogging credit cards and other intermediate forms of non-cash money. No wonder the US is feeling nervous.

In the battle to have the world's strongest currency, China and the US were consequently thrown together in areas linked to COVID-19, such as healthcare and medicine, not to mention other science and technology fields. But fierce competition also constantly exists in diplomacy, military and security, internal politics etc.

In a post-COVID era, journalists from all over the world face the new challenge of resisting pressure from their own government when reporting on Geopolitics, Geoeconomics and Techo-nationalism to keep as objective as possible. If deglobalisation and trade protectionism intensify, then keeping an open mind about the possibility of prosperity for all mankind will be challenging even in countries where there is a strong tradition of a free press.

Although conspiracy theorists deny it, the virus is a matter of natural science. But the way people are dealing with this phenomenon is closely linked to Geopolitics, Geoeconomics and Techo-nationalism - and the way it has been reported by journalists is no exception. We can of course console ourselves with the thought that it’s because we’re in a situation where no one can bet on scientific rationality when confronted with an unprecedented virus. But when journalists are looking at a completely new world order that was made by the virus, they have to be different.

© Sputnik / Government of Buenos Aires
From Sputnik V to Sputnik VIDA: Argentina Boosts Inoculation, Lays Ground for Own Vaccine Diplomacy
We must jettison the present mindset and not allow ourselves to be carried away with nationalism, as we confront challenges and tasks that are common for all humanity. We need to overcome ‘Geopolitics’ and ‘Techno-nationalism’ and set more store by ‘Geoeconomics’ - as far as it is able to foster peace, prosperity and co-existence. We need to find good examples, share them and write about them.

Journalists should firmly reject frames that only take into account the interests of their states and, as often as possible, actively share and cite reports about public interests overcoming state borders. Journalist could thus play an active role in helping different communities to look at what lies outside their borders rather than get sucked into a harmful state of self-absorption.