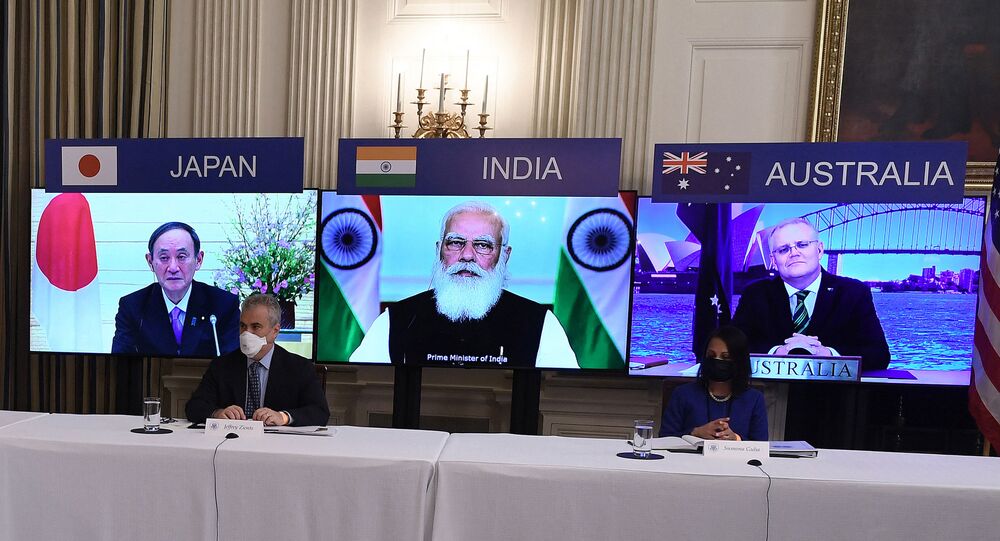 A fresh trade row between two Asia-Pacific nations has sparked renewed tensions in the region, which could see key trading partners exchange tit-for-tat measures amid the disagreement.

The Australian government has said it cancelled the agreements over allegations the project was not aligned with the Canberra's national interests.

"We will always act in Australia's national interest to protect Australia, but to also ensure we can advance our national interest in a free and open Indo Pacific and a world that seeks a balance in favour of freedom," Australian prime minster Scott Morrison said in a statement on Thursday.

Australian states will have to consult the foreign ministers prior to inking deals with other countries and that the policy was "not aimed at any one country", Payne told local radio as quoted by Reuters.

© REUTERS / REUTERS/ Jonathon Molloy
New Zealand's Nanaia Mahuta to Step Up Role in China-Australia Diplomatic Spat Ahead of Major Summit
Payne made the comments after talks with New Zealand counterpart Nanaia Mahuta. According to the foreign minister, Canberra sought clearer and more practical engagement with Beijing, namely after COVID-19.

"We also have to acknowledge that China's outlook, the nature of China's external engagement, both in our region and globally, has changed in recent years, and an enduring partnership requires us to adapt to those new realities," Payne added.

The accusations had surfaced in a UN report in 2018, leading Canadian, US and Australian MPs, among others, to seek to relocate the 2022 Winter Olympics in Beijing to a new location, sparking sharp criticisms from the Chinese government.