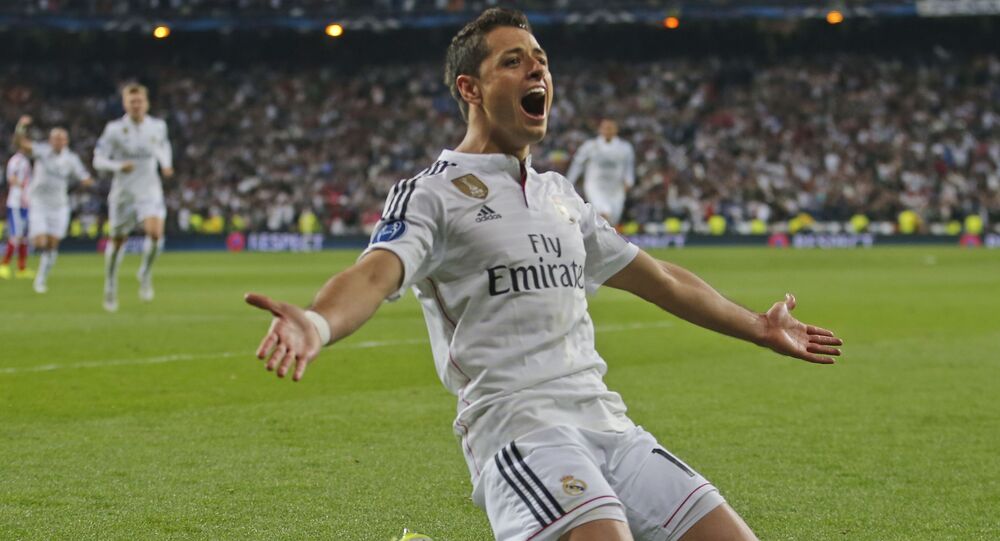 This Saturday’s Champions League final between Real Madrid and Liverpool should be a cracker. The semi-finals produced an astonishing glut of goals and given the array of attacking talent that’ll be on show in Kiev, the final is unlikely to be a soporific 0-0 draw.

But looking at the bigger picture, something has gone wrong with European football. Back in 2006, I noted in the Guardian how the Champions League had made European leagues uncompetitive and had led to a massive gap developing between the richest leagues and the rest. The situation has exacerbated since then.

Let’s take a quick tour of the main leagues. In Germany, Bayern have won their sixth successive Bundesliga, finishing 21-points clear of runners-up Schalke. In Italy, Juventus have won Serie A for the past seven seasons. In Spain, Barcelona or Real has won La Liga in every season bar one since 2004. In England, after the aberration of Leicester City shock 5,000-1 title win in 2015/16, it’s been business as usual: Manchester City won this year’s Premiership by a total of 19 points.

© Photo : Ahmed El-Nekhaily
Destination World Cup - Egypt Football Fan Ahmed & His Game Plan in Russia This Summer
The fourth-placed team, Liverpool, finished 21 points ahead of the 7th place team, Burnley. In France, Paris Saint-German have won the title in five of the last six seasons, and haven’t finished out of the top two since 2011.

Got the picture? The Champions League has become a self-perpetuating monopoly. It’s created an upper-class of European teams who are too good for their own domestic opposition- and who keep getting richer- and better- because they qualify each year for the Champions League.

It’s almost impossible to imagine a team outside of Spain, Germany, Italy, England  or possibly France, in the case of the Qatari-bankrolled PSG, winning the Champions League these days. In fact you’ve got to go back to 2004 (Porto) for the last time a team from outside of these leagues reached the final.

We didn’t realise it at the time, but Ajax’s 1994/5 win over Milan really was the end of an era.  In the days of the old European Cup, we had winners from Scotland (Celtic), Yugoslavia (Red Star Belgrade), the Netherlands (Ajax and Feyenord) and Romania (Steua), and finalists from Belgium, Greece and Sweden.

If we take in the other European competitions (the Fairs/UEFA Cup and the Cup Winners Cup) the variety was even greater, bringing in finalists from Hungary, Czechoslovakia, Poland, Austria and the old East Germany. European football — east and west, north and south was genuinely competitive in the era before the big money took over.

© Sputnik
Best Strikers in the History of the Football World Cup
Consider this: seven different teams won the Bundesliga in the period 1963-9.  Seven different teams won the old English First Division between 1966-7 and 1972-3 (including outfits like Leeds Utd and Derby who don’t get a look in today). In roughly the same period in Spain, Atletico and Valencia won La Liga four times between them.

Short of revolutionary changes, which the big clubs would never agree to, it’s going to be hard to see how we’ll ever return to the more egalitarian days when a team like Malmo would get the final of Europe’s premier Club tournament, or indeed a provincial team from England like Brian Clough’s Nottingham Forest.

But those two — incredible at it seems today- were the final pairing back in 1979. The match may not have been a classic (Forest won 1-0), but wasn’t European football more exciting back then- on every level?

Racing Ahead On The Flat

We’ve had the Guineas meeting at Newmarket, the Dante meeting at York and Lockinge Day at Newbury. So what have we learnt so far in the 2018 Flat racing season?

Firstly, Saxon Warrior is a solid favourite for the Epsom Derby on 2nd June. He‘s twice beaten second favourite Roaring Lion, and the trip is likelier to suit him more than his nearest market rival- who is not sure to line up anyway.

© AFP 2021 / PRAKASH MATHEMA
Spectacular Horse Racing Festival Celebrated in Nepal
If Saxon Warrior does win the Derby, then where does that put the ‘fairytale’ rags-to-riches horse Tip Two Win, who was just a length and a half behind him at Newmarket?  As his trainer Roger Teal has said, the Dark Angel colt keeps being thrown in at the deep end- and he keeps on swimming. He’d be a hugely popular winner of the St James’s Palace if he shows up at Royal Ascot next month.

Regarding older horses the one to keep very close tabs on is Crystal Ocean. Back at Windsor Racecourse last spring I asked owner-breeder Sir Evelyn de Rothschild if he had one three-year-old worth following. He couldn’t remember it’s name, but then looked at his little diary/notebook and said  ’Crystal Ocean’. It wasn’t’ a bad tip. The son of Sea The Stars ran third in the Dante, third at Royal Ascot and then won at Glorious Goodwood, before finishing runner-up in the St Leger.

This year, he looks to have improved further with vicories over 1m2f at Sandown and  1m4f at Newbury on Saturday. He’s entered in both the Prince of Wales and the Hardwicke at Royal Ascot, and also in the Eclipse. Looking further ahead it would be great to see him run in the King George at Ascot in July, and all being well take his chance in the Arc in October, a race his trainer (Sir Michael Stoute) hasn’t won since 2010 with Workforce.

© Sputnik / Mostafa Shoughi
Giddy Up! Horse Racing Season Off to a Start in Iran
This week sees the first Test at Lord’s between England and Pakistan. To whet your appetite I heartily recommend reading Peter Oborne’s great book ‘Wounded Tiger’, a history of cricket in Pakistan.

The first Pakistani tour to England that I can remember with some clarity was in 1978. That didn’t end happily for the tourists, but it was a lot closer in 1982 when, inspired by Imran Khan, Pakistan registered their first victory in England since 1954, at the Oval.

Despite Pakistan losing the Test series 2-1, Imran had won the respect and loyalty of his team and he had led from the front. Personally, he had contributed 212 runs at an average of 53 and 21 wickets at 18.6, some of the best all-round figures ever produced on a short trip. He had shown himself at his best in adversity’, says Oborne.

Let’s hope this year’s Test series will give us something equally memorable to write about in thirty-odd years time.

Best Strikers in the History of the Football World Cup