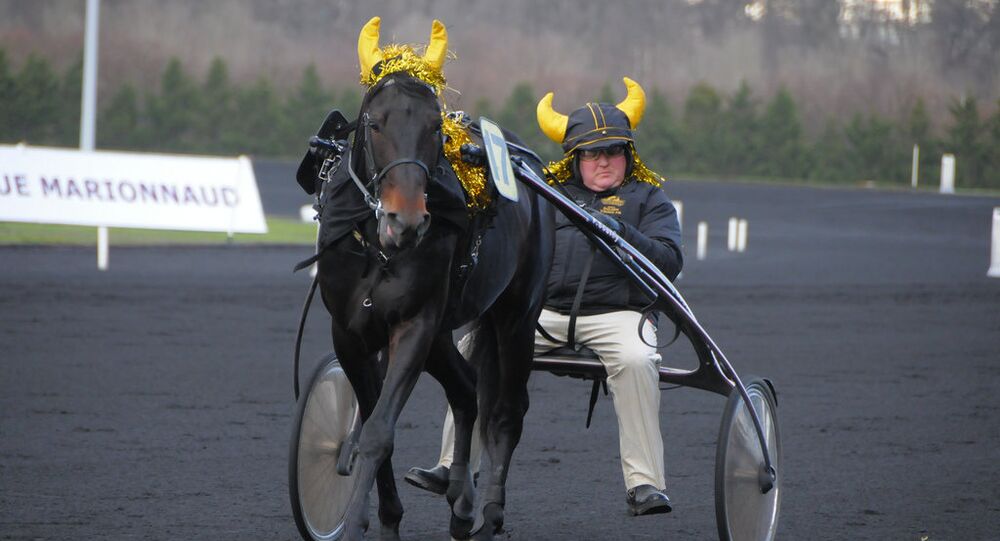 Although humans began domesticating horses around the year 4,000 BC, we are still unable to properly communicate with them. Now, a team of Norwegian researchers are determined to set things straight.

© Flickr / Jason Rosenberg
Serial Nibbler Nabbed After Eat-and-Run Rampage Through Norway
Researchers at the Norwegian Veterinary Institute are teaching horses how to communicate. Twenty-three horses at farms south of Trondheim were taught to "tell" people if they were hot or cold. The Norwegian researchers proved that with a little training horses are able to express whether they are willing to wear clothes or not.

It took behavior therapist Turid Buvik a fortnight to train 23 horses to express themselves on the matter of clothing by pointing the muzzle in three different symbols. A sign with a horizontal black streak meant "horsecloth on," while a sign with a vertical black line meant "horsecloth off." A blank white sign meant no change.

"All horses understood symbols. It is quite unique that all 23 of our horses managed this," Cecilie Marie Mejdell, a senior scientist at the National Veterinary Institute told Norwegian national broadcaster NRK.

During the field experiments, the Norwegian scientists discovered also that the horses were anxious to communicate with people when they discovered they actually had a "common language." According to Mejdell, some horses tried to get researchers' attention and even approached the signs before it was their turn after becoming sweaty under the horsecloth.

"This helps to gauge the intelligence of horses. We have long enough underestimated many animals and thought they were stupid," Mejdell said.

© Photo : Youtube / 2Kusocheka
Other Fish to Fry: Finland to Farm Savory Russian Nelma
Whereas warmblood types needed fewer training days than coldblood breeds, the horses that had a slower learning progression performed just as well as the others once they had grasped the task. The findings of the study have received considerable attention worldwide, as the Norwegian scientists received calls from colleagues in other parts of Europe, Australia, New Zealand and the United States.

According to Norwegian specialists, the fact that horses can learn to communicate through symbols can be used for further research.

"The method might be used to let the horses express themselves on what kind of food they prefer to eat, when they want to exercise or other preferences," Knut E. Bøe, a professor of behavioral biology at Norwegian University of Life Sciences, told NRK.

Do You Meow Me? Scientists Close to Understanding Cats' 'Language'

Driving Off Bears With Nothing but Harsh Language (STRONG LANGUAGE)