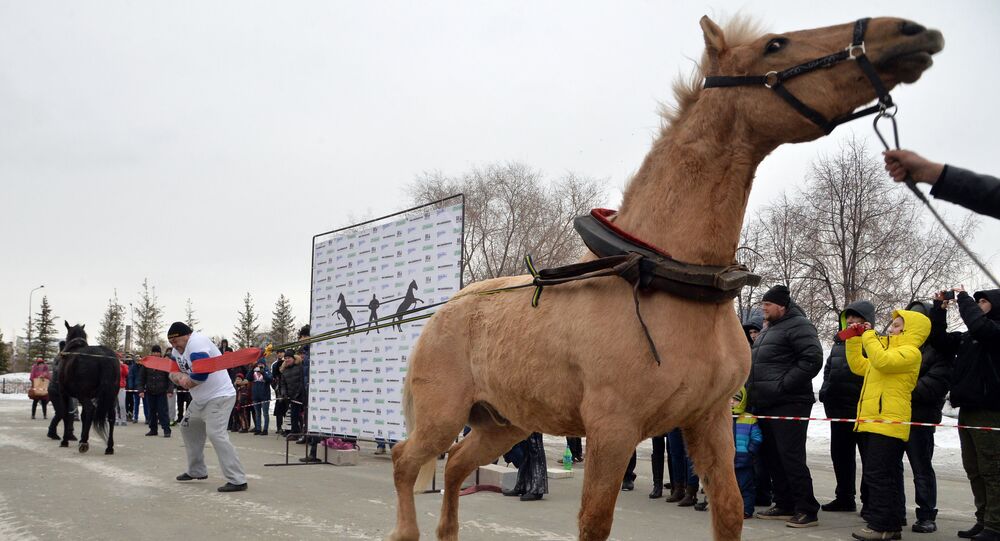 “I had been training for this since November without telling anyone what I was going to do. After three months of rigorous training I was finally ready to do it,” Elbrus wrote on his website.

He wrote that he had started off by training at a local school stadium where he exercised with football gates and parallel bars before spending long hours pumping iron in a local gym.

“And I wrapped it all up exercising with horses in a stable or out in the street asking ten people, friends and strangers alike, to try and tear me up,” he added.
This was the first such stunt performed since the 19th century, Elbrus wrote.