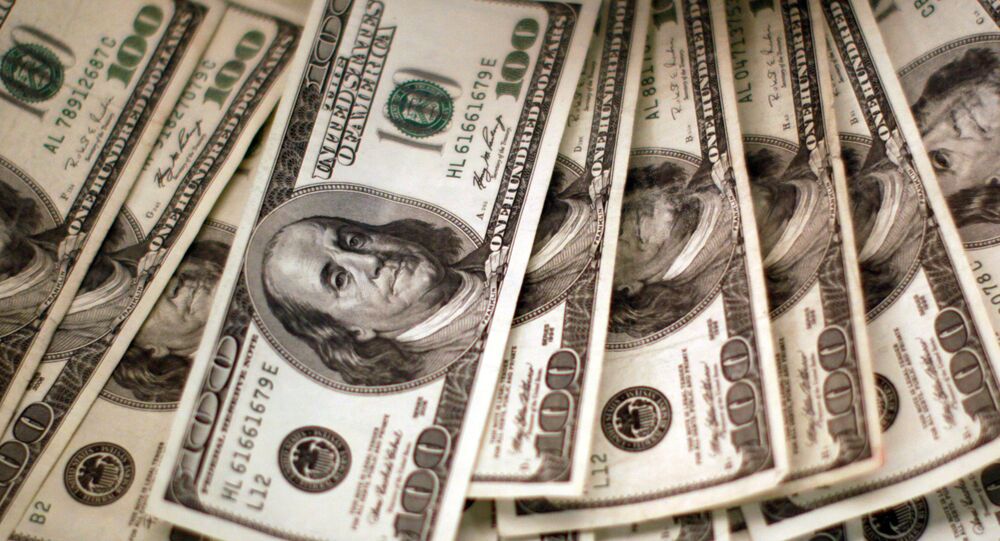 The US Congress is currently mulling a new round of support for the American economy during the pandemic, that cost would at least $1 trillion if agreed by the Democratic-led House of Representatives and Republican-led Senate. However, such a fiscal stimulus may also create additional risks for the American currency.

Former IMF deputy managing director Zhu Min has warned about the possibility of some triggering event that could potentially crush the US dollar as American national debt continues to rise, according to his comments to the South China Morning Post.

While the US Federal Reserve is currently pursuing an aggressive monetary policy of quantitative easing, Congress just stepped up its efforts to support the American economy during coronavirus pandemic, with the House of Representatives already approving a $3 trillion stimulus package in addition to the $2 trillion support act passed in March.

These new stimuli are yet to be supported by the Senate which is mulling a smaller $1-trillion-package. However, these measures together create a risk for the stability of the dollar as a global currency, the Chinese economist warns, as the US national debt recently reached a record-breaking $24.22 trillion.

“The concern isn’t whether the US dollar will see an accumulated decline of 30 percent in the future, but whether there will be a blow-up event that causes a sudden loss of confidence in the US dollar, and its market to collapse”, Zhu suggested.

Zhu, who is currently heading the National Financial Research Institute at Tsinghua University in Beijing, suggested that the current low interest rate environment made global businesses much more vulnerable compared to the 2008 financial crisis. Even with the US Federal Reserve’s aggressive monetary support, the companies may still require more time to adjust to a new reality, and it’s not clear whether all of them would stay afloat.

“So, the question of whether there will be a financial crisis will depend on whether a major company will be the next to go bankrupt, and thereby result in a jump in the corporate default ratio, leading to a sovereign debt crisis”, Zhu added.

Zhu Min, who served as Deputy Managing Director of the IMF from 2011 to 2016, also held senior positions at the Bank of China from 2003 to 2010, and then as Deputy Governor at the People’s Bank of China.

In March, Donald Trump signed the $2.2 trillion CARES Act set to help stimulate the American economy with forgivable loans to small business, multi-billion dollar aid for large corporations and one-time cash infusions to individuals. The unprecedented-in-its-scope legislation amounted to 10% of US GDP, and, according to estimates, has added nearly $2 trillion to the public deficit for the period 2020-2030.