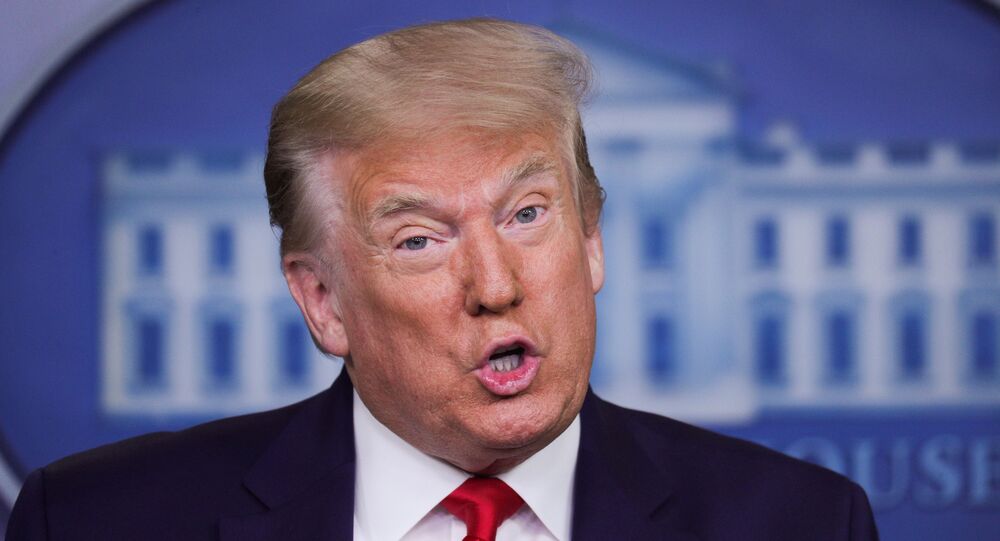 The Labour Department's latest report, published today, showed a 4.8 million job increase for the American economy over the course of June, along with a fall in the country's unemployment from around 13% to 11.1%.

US President Donald Trump has praised the latest report on US jobs growth, saying it's indicative of the American economy "roaring back" after a substantial drop as a result of the coronavirus pandemic. POTUS added that in his opinion, the US is going to witness good numbers on the economy in the coming months following the jobs report.

"I'd like to just announce the spectacular news for American workers and for American families and our country as whole […] Today's announcement proves that our economy is roaring back. These are historic numbers", Trump said.

The president further boasted that some 80% of small businesses have reopened following the pandemic lockdowns despite the US recently hitting a new record in daily new COVID-19 infections. Trump predicted that the economic numbers will only grow in the future, as the government is "putting out the flame", apparently referring to Washington's efforts to stop the spread of the disease.

The Labour Department's report, cited by Trump, indicated a significant increase in jobs in numerous spheres, including leisure and hospitality, retail, education, health care, and manufacturing, with the total number reaching 4.8 million jobs. At the same time, the US economy demonstrated a considerable drop in unemployment, dropping from 13.3% in May down to 11.1% by the end of June, the report shows.

The "spectacular" numbers that the president referred have emerged amid the continued reopening of states in the US following months of lockdown to stop the spread of the coronavirus infection. Some of the progress towards stopping the pandemic recently seems to have been undermined, as some of the reopening states have witnessed spikes in infections, with a record high 50,700 new cases having been registered over the last day in the country.