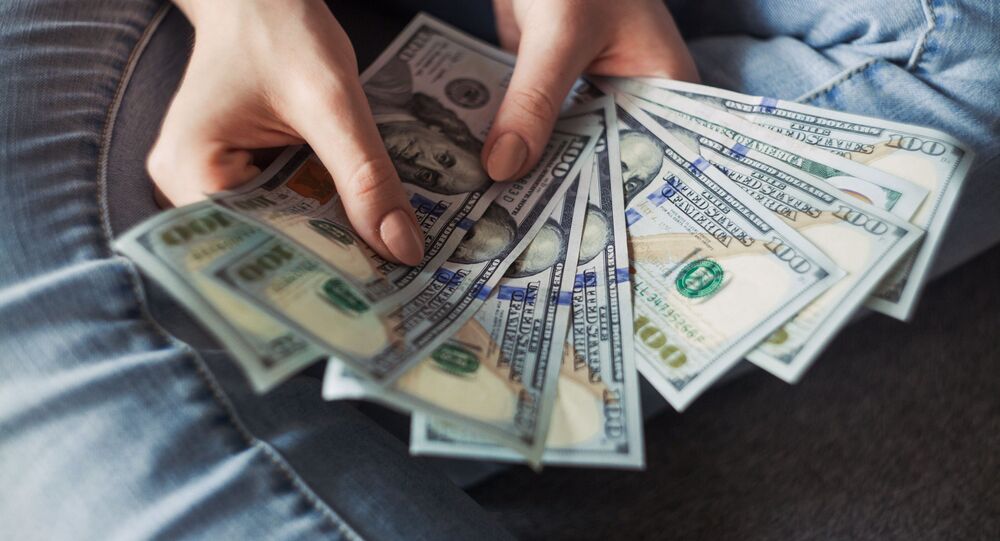 While the shock caused by the COVID-19 health crisis has generated ripples across global economies, leaving failing industries, job losses and poverty in its wake, the pandemic hasn't been so bad for everyone.

While the COVID-19 pandemic continues to take its toll on the global economy and people’s fortunes, over three-quarters of the world’s wealthiest people are boasting impressive gains to their already vast family fortunes, reports The Guardian.

The findings, based upon research into the family offices of the super-rich, are detailed in a report by the Swiss bank UBS, which revealed that 77 percent of families with average fortunes of $1.6bln (£1.25bln) were able to “ride out 2020’s storm in financial markets”.

The report cites a survey of 121 family offices, revealing that 93 of them had met or exceeded financial targets in the year to May 2020.

24 of the family offices surveyed are said to manage private fortunes of over $3bln.

The first single “family offices”, or investment firms of wealthy families, were created in the US, with the Rockefeller family a trailblazer, setting up the first family investment firm.

The offices are meant to not only preserve the wealth for future generations, but also to run homes and staff and diverse accoutrements across the world.

While fallout from the health crisis left many struggling with job loss and shrinking value of their savings, investment portfolios of the super-wealthy few were seen to “perform in line with, or above, targets during one of the most volatile moments in the history of financial markets”.

As most countries have been registering economic contractions not witnessed in decades, the world’s richest people successfully augmented their coffers.

Josef Stadler, who heads UBS’s ultra-high net worth unit, says that fortunes were amassed despite the coronavirus pandemic because the super-wealthy had enough money to “embrace and manage risk like no other investor”.

“They stick to their plans, even when market volatility makes it uncomfortable. They hold their position. They are disciplined. It is missing an opportunity that gives these clients the biggest headache, not making a short-term loss,” says Stadler.

Jeff Bezos, American internet entrepreneur and investor, founder, CEO, and president of the multi-national technology company Amazon, who has been the world's richest person since 2017, has seen his fortune increase by $75bln so far this year to reach a record worth of around $181 billion, according to Forbes.

Another billionaire to get even richer during the pandemic has been CEO of Tesla and SpaceX Elon Musk, going from No. 31 wealthiest in the world in mid-March to No. 9 as of 14 July chiefly due to a 320 percent rally in Tesla stock.

© AFP 2021 / Getty Images /Joe Raedle
Spacex founder Elon Musk celebrates after the successful launch of the SpaceX Falcon 9 rocket with the manned Crew Dragon spacecraft at the Kennedy Space Center on May 30, 2020 in Cape Canaveral, Florida.

The new research comes as separate studies have indicated that the coronavirus pandemic and related issues plaguing the economy and society are impacting the poorest the hardest, leaving them exposed to job losses and plunging incomes.

“The crisis has so far impacted the earnings of the poorest households the most… Households in the poorest fifth – as measured by their pre-crisis income – have been hit hardest in terms of earnings, with a fall in their median household earnings of around 15% (or around £160 per month),” said a report by the Institute for Fiscal Studies in June.

Research conducted by the United Nations University feeds into the forecast, stating that the current health crisis could increase global poverty by as much as half a billion people, affecting about 8 percent of the global population.