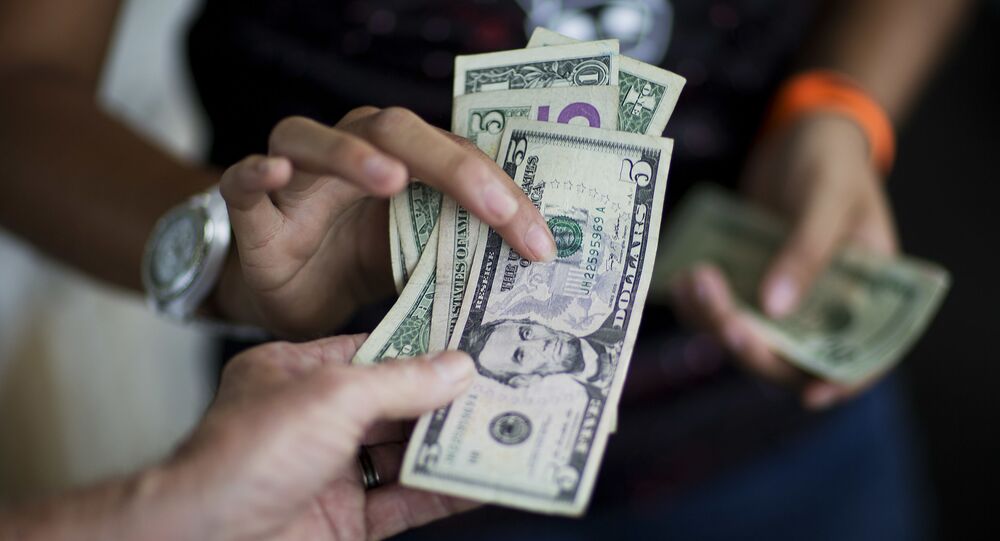 With cases of the COVID-19 novel coronavirus spiking nationwide, the future of the US economy appears bleak, despite federal attempts to rebound from a devastating unemployment rate. One economics expert tells Sputnik that this already-catastrophic situation may worsen without an extension to the expiring $600 unemployment benefit bonus.

Professor Richard Wolff of the University of Massachusetts, Amherst, who is the founder of the organization Democracy at Work, explained to Radio Sputnik’s Loud & Clear hosts Brian Becker and John Kiriakou that although he is not an alarmist, there are a number of alarming aspects of the current US economy.

“We have the greatest level of debt in the history of the United States,” the professor asserted.

“We are now one of four countries in the world whose national debt is larger than the annual total output of goods and services.”

He noted that the other countries that share this title are the UK, Japan and Italy.

“With the deficits we’re running now, we are going to go to the head of that list - second only to Japan, which has been doing it for 30 years,” Wolff said.

Wolff highlighted that there’s also the issue of debt belonging to corporations, which is growing worse by the minute.

“It is so bad now that … the Federal Reserve, our central bank, is now directly picking up corporate debt, which means that corporations - all of whom are borrowing like there’s no tomorrow - are becoming literally more dependent on the government than they have ever been before,” he explained.

“It makes a mockery of all conservative arguments about ‘private enterprise.’ It isn’t private anymore. These ‘private companies’ are publicly dependent. We, the people, are keeping these companies afloat, because they could not borrow privately, because other lenders wouldn’t dare lend to them.”

He noted that the situation has become so bad that a new term has been coined in the US: “zombie corporation.”

The professor warned that the nation will be faced with an “eviction tsunami” unless Congress agrees to extend the $600 unemployment benefit boost before it expires at the end of July.

In addition, if the benefit is not extended, many Americans will be forced to make difficult decisions - some of which will result in widespread hunger within the US.

“I can’t predict to you what’s going to happen, but I can tell you these are all signs of a system breaking down, dissolving, unable to keep itself going,” he contended.