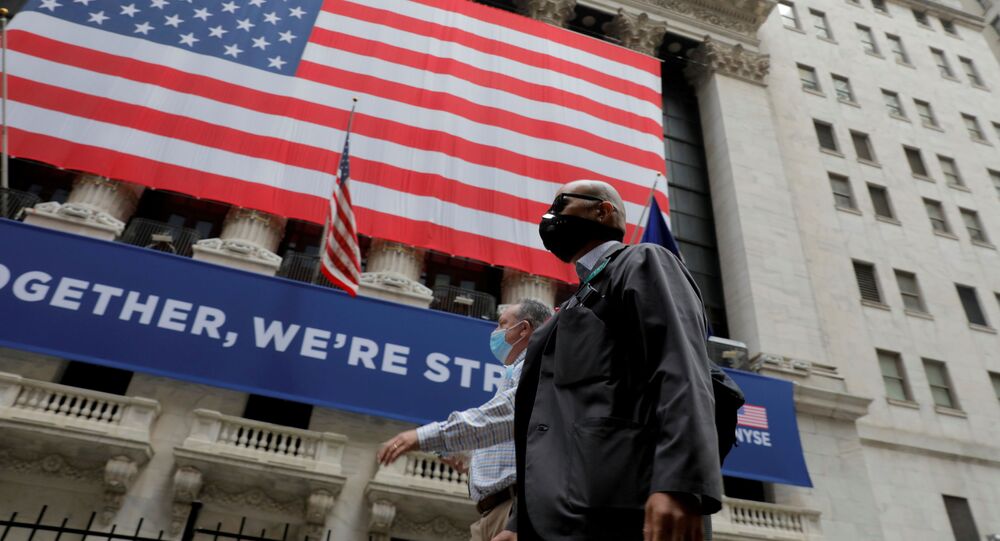 US Stocks Drop With Dow Falling More Than 350 Points

The stock market suffered losses amid a continued rise in US unemployment and worries about how the economy would fare with increasing numbers of coronavirus infections.

US stocks were down on Thursday evening, according to CNBC News.

The tech-heavy Nasdaq Composite suffered its worst day since 23 June, dropping 2.3 percent to finish its trading day at 10,461.

About 1.4 million Americans filed for first-time unemployment claims last week, according to the Labor Department, as a new wave of coronavirus infections continued to overwhelm the United States. The percentage of jobless citizens was at 11.1 percent for the week ending 18 July.

Over the past two weeks, the US recorded more than 915,000 cases of coronavirus under a new wave of the outbreak, which is more than the number reported for all of June.