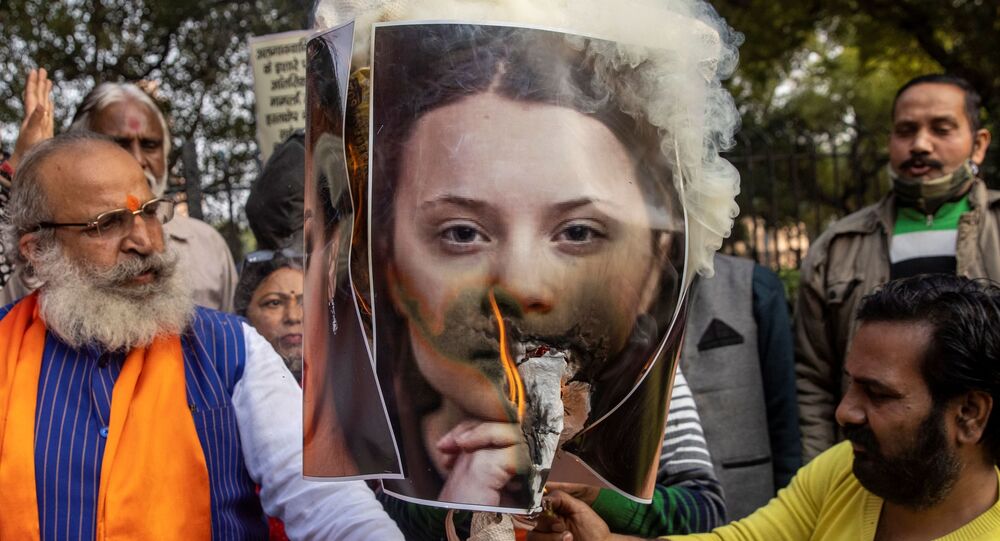 Western celebrities and politicians expressing support for the farmers demonstrations in New Delhi have caught flak on social media from their Indian counterparts, who accuse them of ignorance, meddling in other nations' affairs and even support for violence.

The young green campaigner said on Friday that “no amount of hate, threats or violations of human rights” would stop her supporting the marches and blockades that have shaken the capital New Delhi and now threaten to shut down the country.

Thunberg, Rihanna, Harris and Khalifa were burned in effigy in Delhi on Thursday by members of the United Hindu Front, while police in the Indian capital were investigating a protest "toolkit" Thunberg posted online that authorities suspect is linked to the Sikh separatist Khalistan movement.

The document claims to “enable anyone unfamiliar with the ongoing farmers protests in India to better understand the situation and make decisions on how to support the farmers based on their own analysis.”

The recent upsurge in unrest in the past two weeks — over new agricultural legislation passed last year with the support of Hindu nationalist BJP Prime Minister Narendra Modi — has brought the death toll to more than 150 protesters.