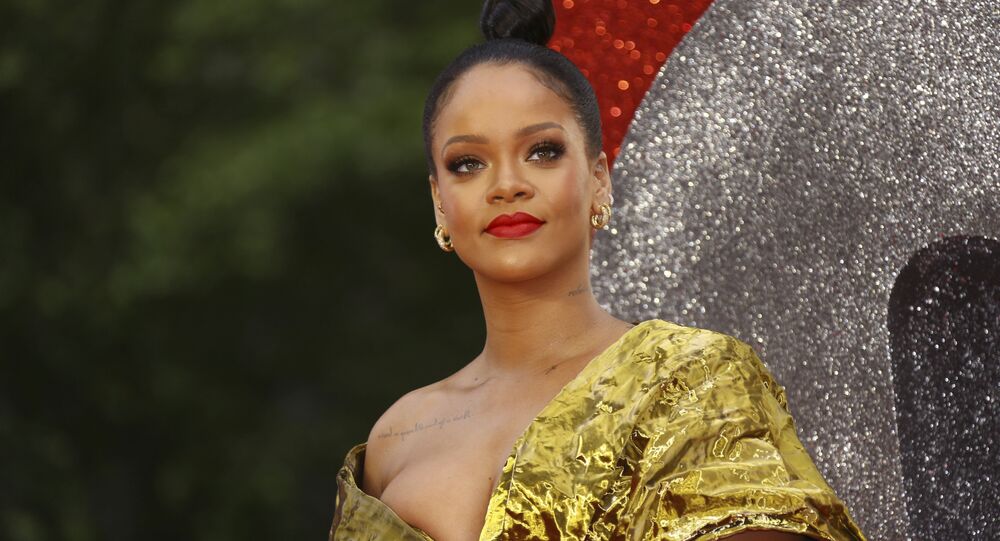 India is witnessing one of its biggest protests as thousands of farmers have been agitating on Delhi's borders for over two months, demanding the repeal of three new farm laws passed by the Modi government in September 2020.

It's Rihanna vs Kangana Ranaut, as the global sensation and pop singer's tweet about protests by farmers set the internet on fire and sparked outrage on social media.

On Tuesday night, Rihanna retweeted a news story on the internet shutdown in several areas of Delhi after a clash between protesters and police officials during a "tractor rally" on 26 January. Saying she was shocked by what's happening in India's capital city, she asked, "Why no one is talking about it?"

Her tweet went viral in no time. While many Indian celebrities lauded Rihanna for voicing her concern over the protests, Bollywood actress Kangana Ranaut hit back at her by calling her a "fool" and said the protesters weren't farmers but "terrorists who are trying to divide India".

No one is talking about it because they are not farmers they are terrorists who are trying to divide India, so that China can take over our vulnerable broken nation and make it a Chinese colony much like USA...
Sit down you fool, we are not selling our nation like you dummies. https://t.co/OIAD5Pa61a

While Kangana is getting brutally trolled by the netizens for calling farmers "terrorists", people are also taking a jibe at Rihanna by calling it a publicity stunt and for not being aware of the exact situation.

Because we are talking about this !!
Dear Rihanaa,
Incomplete knowledge is a very dangerous thing 🙂. pic.twitter.com/tBrRAay3Bw

Okay then.. what will you say about this ?
I m not against farmers.
But please don't tell only part of the story.
Everyone knows what happend on 26th january. pic.twitter.com/cOJbd58Ms9

I know it's a paid tweet but still, I agree with u. This kind of religious terrorism is not good. pic.twitter.com/Y3LenNGS2E

How much money u have take for this 🤔
Hope u will not fly away like @GalGadot after false patroing of protests ,for ur fake PR
Can't u seen this @_Pb_swain_ @rishibagree @BefittingFacts @VImvinit007 @iAnkurSingh pic.twitter.com/1d3L7XHOYR

Before Rihanna, Kangana also trolled Indian-American actress Priyanka Chopra Jonas and had an ugly spat with Punjabi singer-actor Diljit Dosanjh​ as she accused him of misleading the farmers and supporting them without knowing the reality on the ground.

Meanwhile, Rihanna's tweet has brought a sea of reactions from many international celebrities, bringing global attention to the ongoing farmers' protests in India.

American actress and vlogger Amanda Cerny joined the bandwagon, sharing a post and "calling for human rights to be enforced".

US Vice President Kamala Harris' niece Meena also took to Twitter criticising the situation, writing "We ALL should be outraged by India's internet shutdowns and paramilitary violence against farmer protesters".

It's no coincidence that the world's oldest democracy was attacked not even a month ago, and as we speak, the most populous democracy is under assault. This is related. We ALL should be outraged by India's internet shutdowns and paramilitary violence against farmer protesters. https://t.co/yIvCWYQDD1 pic.twitter.com/DxWWhkemxW