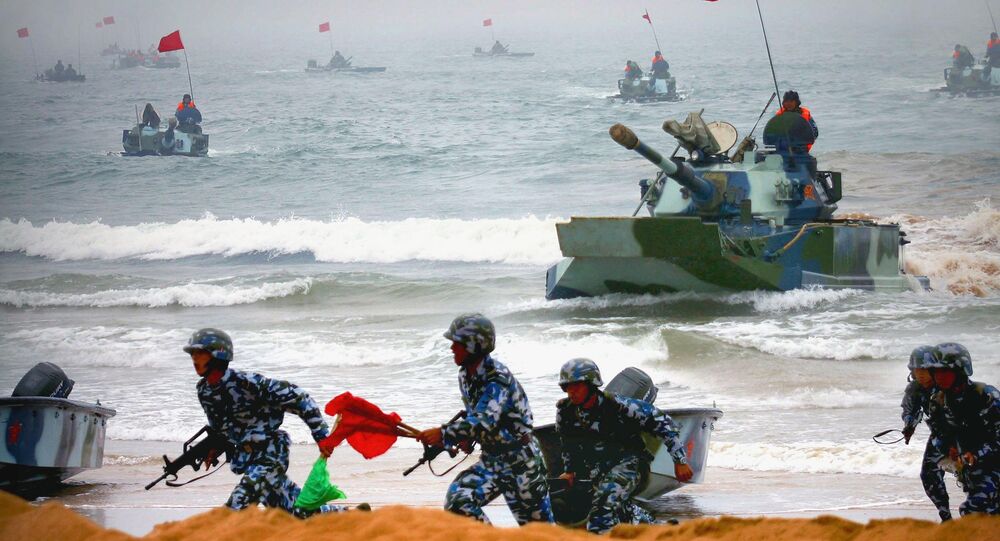 China’s People’s Liberation Army (PLA) recently practiced beach assaults in recent drills in the South China Sea. While some anti-Beijing media have raised the alarm over a supposed dress rehearsal for seizing Taiwan’s Pratas Islands, there is no indication the exercises had such a focus.

© NASA . NASA
Satellite photo of Pratas (Dongsha) Island, a 590-acre island which sits 270 south of Taiwan and 210 east of China. It is controlled by Taiwan.