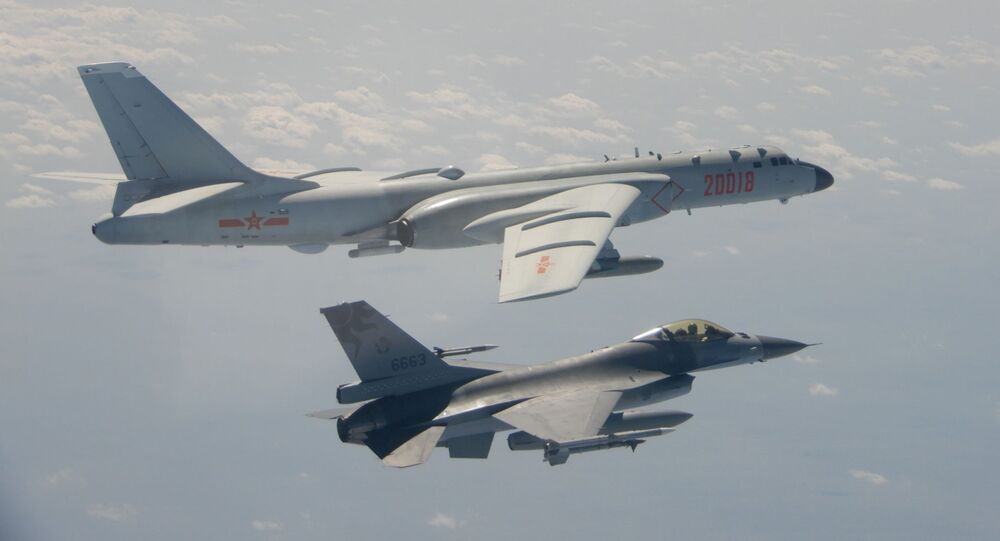 The incident took place the day after US Health Secretary Alex Azar arrived on the island. Azar has become the highest-ranking American official to visit Taiwan since the United States cut official ties with the island in 1979.

According to the department, the PLA fighters were tracked by land-based anti-aircraft missiles and briefly crossed the median line of the Taiwan Strait, which separates Taiwan and mainland China.

Beijing has yet to comment on the incident, which echoes similar encounters between Taiwanese and Chinese military planes over the sensitive strait this summer.

It came on the first full day of a trip to Taiwan by US Health Secretary Alex Azar, the highest-ranking US official to have visited the island since the US officially recognised the People’s Republic of China in 1979.

Washington broke off ties with Taiwan that year, recognising Beijing as the sole legitimate government, but has maintained unofficial relations with the island ever since.

China, which split with Taiwan in 1949 but claims it as its territory, condemned the visit and promised unspecified retaliation.

The United States has been sailing warships through Taiwan Strait to challenge China’s territorial claims. The Trump administration, which brought relations with Beijing to an all-time low, has strengthened ties with the island and boosted arms sales.