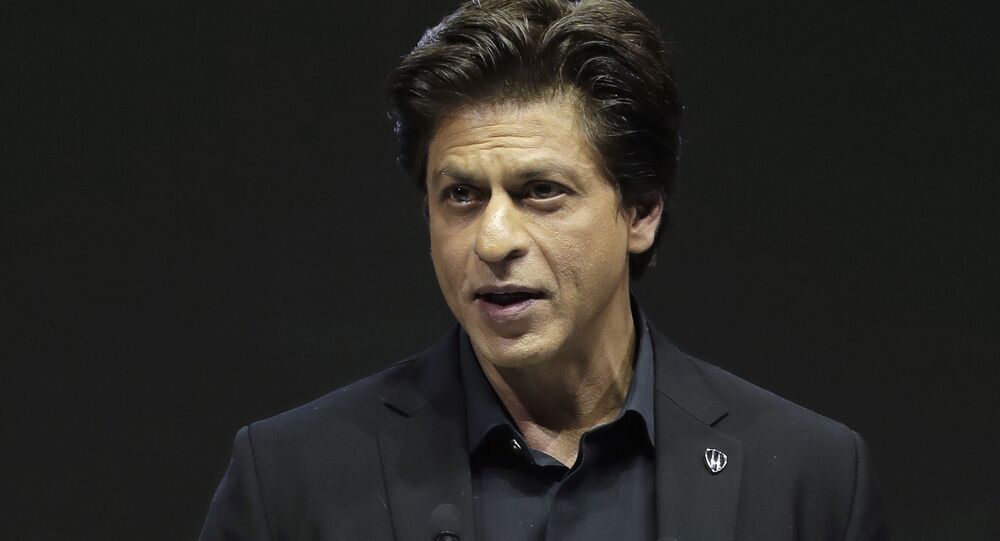 New Delhi (Sputnik): A typical day at school turned surreal for many students, as they were taken off guard by the surprise visit of The King of Bollywood, Shah Rukh Khan, to his alma mater St. Columba’s School, in the heart of Delhi.

Shah Rukh Khan who was born and bought up in Delhi, remains a Delhiite at heart, despite his stardom. He recently took a stroll down memory lane when he paid a very low-key visit to his alma mater.

The star of the blockbuster film DDLJ visited St. Columba as a distinguished alumnus in the presence of only a few members of the school administration and 18 students, who were part of the school's theatre society, as reported by Indian entertainment websites.

"At first, it all seemed like a joke until SRK stepped out of his car surprising us all," exclaimed an overwhelmed senior secondary student. "He sure didn't look real, he appeared to be a wax model of himself," he joked.

Proud moment ❤
My Brother @AradhyaSharmaUD and his team of @TheUrbanDesis met @iamsrk at his Alma Mater St. Columba's School. They also gave him the drive of #Kakbagodaa short film. Diwali came early for them🔰 #SRKatSCS #WeCare 🔰 pic.twitter.com/QKubg5v9pn

Shah Rukh Khan shooting for an interview at the St. Columba's school in New Delhi, of which he is an alumnus. pic.twitter.com/ReRTFDiHyc

Shah Rukh had spent a couple of years on campus, and in a grounded gesture, he reached out to shake hands and exchange hugs with students.

“One of our friends even started crying upon seeing him up close. For us, it was very special,” the student added.

The actor also talked about his time spent at the school and countered the rumour that was circulating campus about his (SRK’s) fondness for the chemistry lab.

To the students’ surprise, the actor said he hated the chemistry lab, and that it’s a made-up story. He also revealed that he used to ditch classes like other students.

Another picture of King Khan with lucky students at the St. Columba's school, New Delhi ❤️

Twitter Afire as Shah Rukh Khan Dons ‘The Dust of Gods’ Jacket, Demands Pair of Heels to Go with it