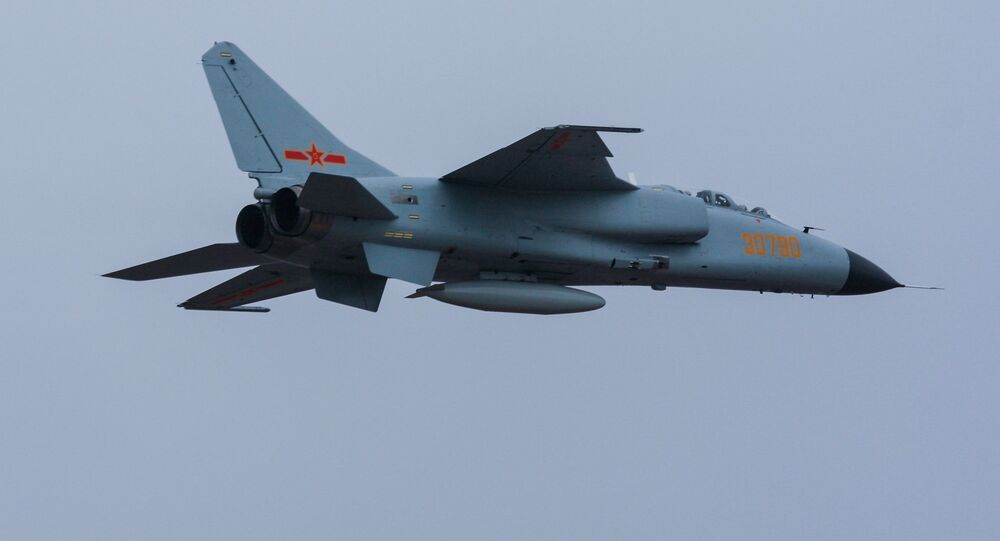 The People’s Liberation Army Air Force (PLAAF) dispatched a new variant of its JH-7A fighter-bomber to the Aviadarts competition in Russia earlier this month, according to a Chinese military affairs column. However, experts have struggled to figure out what the new improvements are, or why they were made.

According to a report by Xinhua on August 6, a new variant of the Xian JH-7A, dubbed the JH-7AII, was sent earlier this month to the International Army Games 2019 competition, a sort of annual “military vehicle Olympics” held near Moscow, featuring dozens of participating nations and their hardware. Another report the next day by Weihutang, a military affairs column associated with China Central Television, noted the new plane’s name.

However, neither report gave details about what’s new in the JH-7AII that can’t be found in the earlier JH-7A, and there’s no apparent differences in the appearances of the aircraft, leaving experts stumped as to what the changes might be.

Russian Ministry of Defense
A PLAAF JH-7 aircraft, presumed to be the reported JH-7AII variant, in early August during the Aviadarts 2019 competition of the IAG held in Russia

"While the aerodynamic design of the JH-7AII does not appear to vary much from the JH-7A, the aircraft's internal systems could have been upgraded," Wei Dongxu, a Beijing-based military analyst, told the Global Times on August 8. He noted that “the JH-7AII could be equipped with a more advanced radar and avionics system, enhancing its flight performance.”

Jane’s noted that a rumored JH-7B had appeared around 2013 that ostensibly included in-flight refueling capabilities and better engines and radar. However, the JH-7B turned out to be just that - a rumor.

It's unveiled by the official media that a new version of JH-7A, named JH-7AⅡ, is participate in the Aviadart-2019 competition, which upgrades the mission computer, power supply system and post-processing capability of radar to better adapt with ECM pods. pic.twitter.com/3yI3mkjn6t

​The Global Times noted that other military observers had remarked that “there was not much room for improvement of the JH-7 series” and that some had suggested the PLA would soon retire the JH-7s altogether, especially since the Shenyang J-16 was introduced in 2013.

Built by Xi'an Aircraft Industrial Corporation, the fourth generation JH-7 “Flying Leopard” was first introduced in 1988 but didn’t enter service until 2004 as the improved JH-7A. The National Interest notes the plane was inspired by the General Dynamics F-111 Aardvark, a large but fast multipurpose plane used by the US Navy and Air Force in a variety of strike roles, from anti-ship attacks to “wild weasel” air defense suppression and conventional ground strikes.

The naval warfare versions are perhaps the most potent. While, at 73 feet long, the plane is too large to land on an aircraft carrier (although that option was almost available to the F-111), the danger it poses to enemy naval forces is not to be underestimated. With an 800-mile unaided combat range or up to 1,100 miles on external fuel tanks, the JH-7A can strike far out to sea: one flying from Hainan could reach across the South China Sea, and a jet flying east from Xiamen could get halfway to Guam. It has a top speed on full afterburner of Mach 1.75.

The JH-7A is equipped with some of the PLA’s best long-range anti-ship projectiles, carrying up to four KD-88 or YJ-83 missiles, which themselves have a range over 100 miles and active homing during their terminal phase. In addition, the jet’s JL-10A Condor pulse-doppler radar helps it to fly low and accurately over land or sea, meaning its ability to approach and attack naval fleets makes it a real danger.

Plus, the PLA likes to use KG600 jamming pods on JH-7As, which suppress its firing range somewhat but also make it impossible for enemy ships or aircraft to discern what’s coming their way. Another common method of attack is to combine the jamming pods with LD-10 and YJ-91 anti-radiation missiles, which home in on active radars up to 60 miles away. An enemy radar cranking up the power to try and peer through the jamming pod’s noise could accidentally make itself an excellent target for a hungry JH-7A pilot.

If any of these capabilities have been improved in the JH-7AII, it would justify their continued use in the air force.