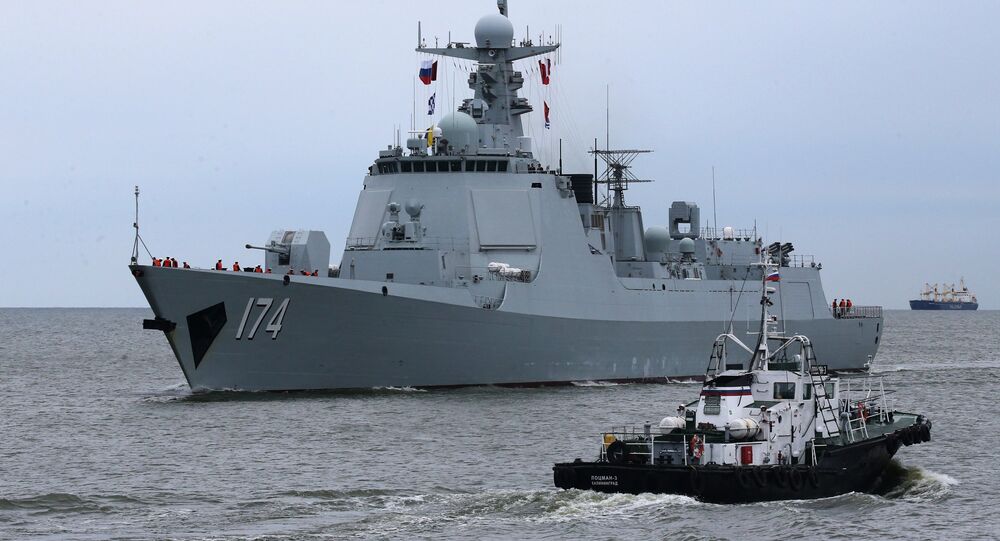 The 104-page report also urged the US and its Pacific allies, namely Australia and Japan, to overhaul their military investment plans as well as spending and relationships in the region.

China has enough cutting-edge ballistic missile technology to destroy the United States’ Western Pacific Navy fleets and military bases in a matter of “hours”, a report from the University of Sydney said on Monday.

The US no longer “enjoys military primacy” in the Indo-Pacific and has an “uncertain” capacity to keep a “favourable balance of power”, the report from the University's United States Studies Centre said.

THREAD: Taiwan media report, citing military sources, highlights that since last year, the PLA Navy has commenced regular patrols on the western side of the imaginary Taiwan Strait median line in response to the U.S. Navy transits through the area. https://t.co/vqM0uZHk97

America’s military capacity, which once stood at 80 percent of global defence spending in 1995, now stood at 52 percent, the report noted.

“The available resources had shrunk, the number of opponents had grown, and still America’s global agenda kept expanding”, Harvard University academic Stephen Walt said as quoted by the report.

The report added that the “consequences” of such a military strategy were “coming home to roost” and that despite spending 1.8tn on the global ‘war on terror’ following the 11 September 2001 attacks, there was “little strategic payoff”, calling the period it a “period of strategic atrophy”.

According to former US defence secretary James Mattis, the 2018 National Defence Strategy (NDS) showed that America’s “competitive edge” had eroded in “every domain of warfare” and was “continuing to erode” against great powers like China and Russia, citing the US Joint Force’s “backlog of deferred readiness, procurement and modernization requirements” due to “inadequate and misaligned resources” as well as decades of conflict in the Middle East, the report said.

This graphic is somewhat outdated, by now the US is at like 700 Billion.
You could cut military spending by half and would still be impossible to invade plus stay the biggest military power.
I recommend doing some research on US military spending if you want, it ridiculous. pic.twitter.com/bDCyvWJySh

The 2018 NDS also acknowledge that “America’s military has no preordained right to victory on the battlefield” and that policymakers will have to make “difficult choices” to secure long-term competitiveness with the US’s top ‘adversaries’.

The news comes as US president Donald Trump pulled out of the Intermediate Nuclear Forces Treaty on 2 August, which had been signed with the Soviet Union in 1987 and banned using missiles ranging 500lm to 5,500km. President Trump repeatedly accused the Russian government of alleged non-compliance, which Moscow denies, but later said that it would deploy its own missiles in violation of the treaty in the Asia-Pacific despite sharp protests from Kremlin officials.

Consultations between Washington and its allies were later held to advance American plans to deploy medium-range missile in the Asia-Pacific, US State Department undersecretary for arms control and international security affairs, Andrea Thompson said on 13 August, adding that it was up to regional countries to decide whether they would host US weapons on their soil. US defence secretary Mark Esper also signalled the Pentagon's readiness to deploy the missile following Washington's pullout from the INF treaty, but Beijing said it would respond accordingly to the unilateral action, with Chinese Foreign Ministry spokeswoman Hua Chunying slamming US officials and stating that China would not "just sit idly by and watch" its interests "being compromised.