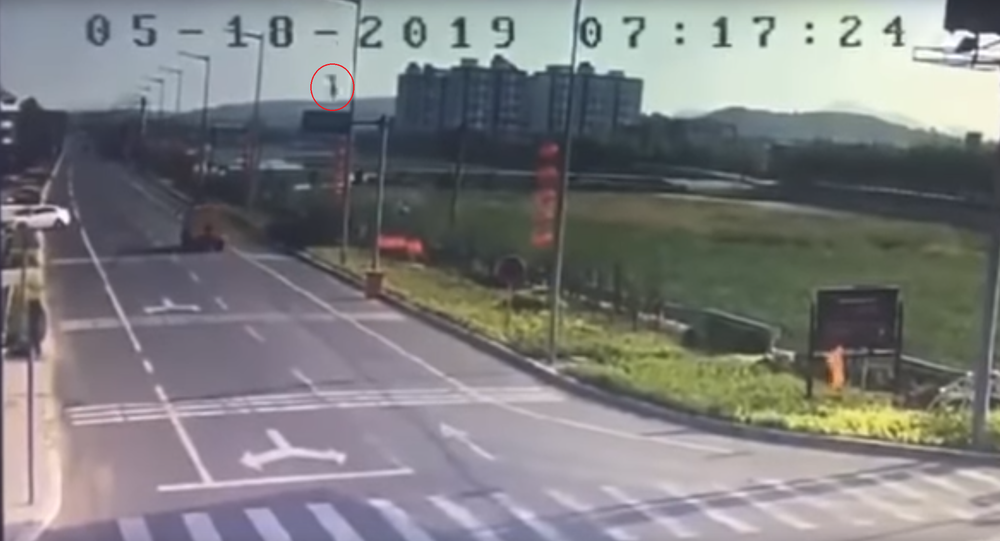 A shocking event last week was captured on film: the moment a Chinese JH-7 “Flying Leopard” jet flew straight into the ground on China’s Hainan Island, erupting in a huge fireball.

The crash happened at 7:17 a.m. local time on May 18 on the southern island of Hainan, according to information on the footage, which came from a surveillance camera in a nearby building. A People's Liberation Army Air Force (PLAAF) JH-7 "Flying Leopard" ground attack aircraft was attempting to pull out of a steep dive when it plowed straight into the ground and exploded.

Built by Xi'an Aircraft Industrial Corporation in the 1990s, the JH-7 was designed to replace aging ground attack aircraft like the H-5 and Q-5 and is also used by the Chinese navy. Its performance has been compared to other Generation 4+ aircraft like the F-15E Strike Eagle and Mirage 2000.

Business Insider noted a similar crash happened in October 2011 during the Xi'an Airshow in Shaanxi Province, with a JH-7 also flying into the ground during maneuvers in an apparent failure of flight controls. Both pilots escaped that crash.