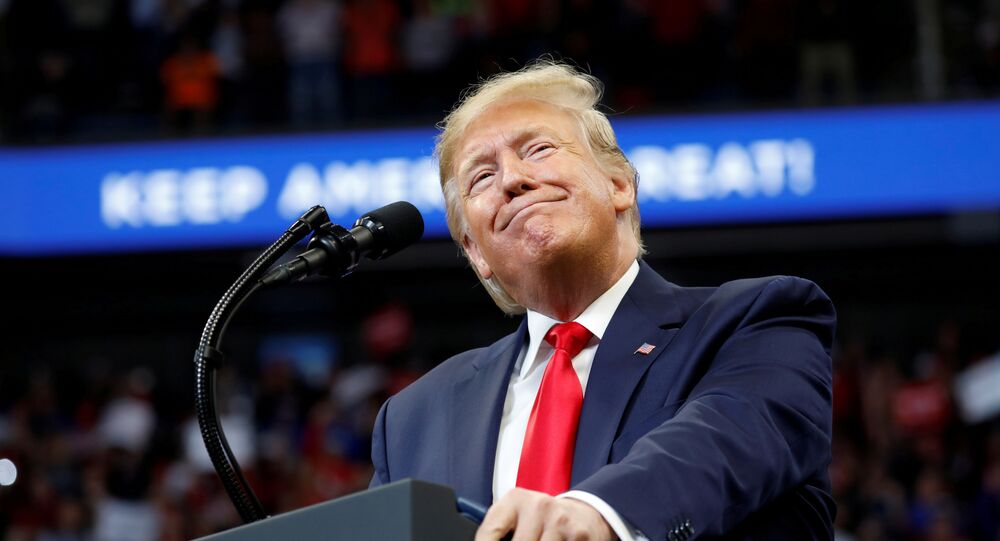 Though Republicans are reportedly weighing the option of completely nixing witnesses from a prospective impeachment trial in an effort to prevent a drawn-out battle in the Senate for both themselves and US President Donald Trump, one expert tells Sputnik a prolonged process may hold hidden benefits for the GOP and drawbacks for Democrats.

Dan Kovalik, a human rights and labor lawyer and author of the book “No More War: How the West Violates International Law by Using 'Humanitarian' Intervention to Advance Economic and Strategic Interests,” sat down with Radio Sputnik’s Loud and Clear on Wednesday to analyze Republicans’ options in the case of an impeachment trial coming to the Senate.

Being that their chamber requires a majority vote in order to summon witnesses to testify during impeachment hearings, the GOP ultimately has control over whether or not testimonies will be heard in the Republican-led Senate - assuming all members stick to the party line.

While the GOP is in control, there are different schools of thought to mull over before finalizing a plan of action. Kovalik noted that the easy and quick option for the Republicans would be to use their majority-rule to block witnesses from being called and expedite the floor vote to take the heat off both Trump and the party.

When asked about the possibility of this particular scenario playing out, Senator Lindsey Graham (R-SC) expressed to reporters on Tuesday that he is hoping for a no-witness trial.

“I want to end this thing as quickly as possible,” he said, as reported by The Hill.

Though Graham and others may be pushing for a quick turnaround for the anticipated Senate impeachment trial, Kovalik argued the GOP should consider the impact “full-blown hearings” could have on the Democrats with respect to the 2020 presidential election, particularly former US Vice President Joe Biden.

“A lot of polls show the American people think, ‘Why don’t you just beat Trump in the election in November? Why are you doing this?’” he explained, adding that the trial could be a chance for Trump to “get some shots in” and “talk about Biden and his own potential corruption in Ukraine, of course, which is really at the heart of this impeachment proceeding.”

However, like Graham, Senator John Thune (R-SD) did not speak glowingly of a potential call for witnesses by his chamber of Congress.

“I think a protracted period where there are motions to call witnesses offered by both sides and lots of votes … is not going to be terribly popular with either side,” the senator said Tuesday, according to The Hill. “I think there’s going to be a desire to wrap this up in at least somewhat of a timely way.”

While Thune did not explicitly voice his personal opinion on the matter, he did note that he believes “there’s going to be a lot of people who I think are going to say, ‘I don’t really want to drag this on.’”

Kovalik pointed out that this school of thought, from a risk-management perspective, would also shield the Republicans’ potential witnesses from possible perjury charges.