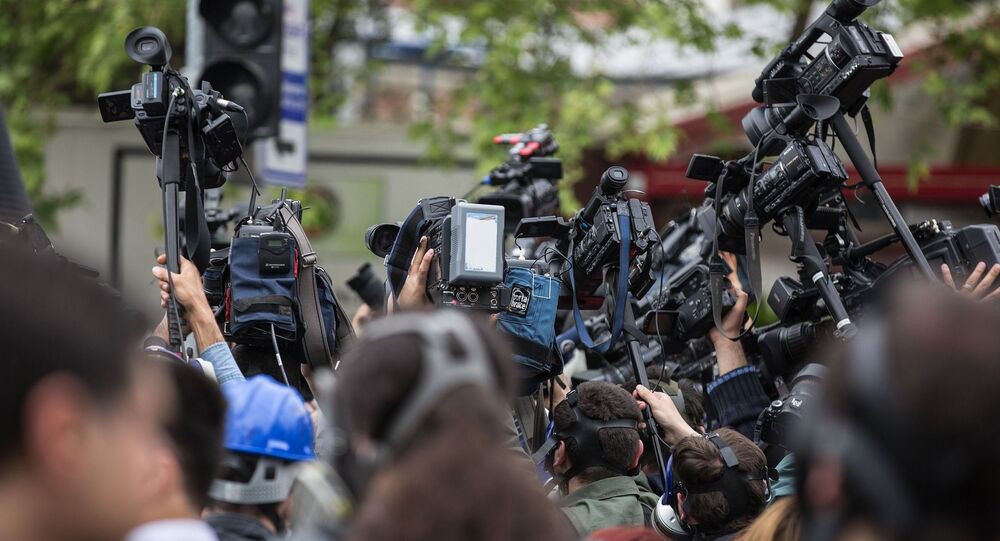 Wednesday kicked off the first day of impeachment inquiry hearings before the House Judiciary Committee, and while most eyes were on the constitutional scholars’ testimonies, it was also revealed that Congress, in a move one expert describes as “troubling” and “chilling” for the free press, had subpoenaed the phone records of a working journalist.

Dan Kovalik, a human rights and labor lawyer and author of the book “No More War: How the West Violates International Law by Using 'Humanitarian' Intervention to Advance Economic and Strategic Interests,” joined Radio Sputnik’s Loud and Clear on Wednesday to discuss what may come as a result of this move by House Democrats and highlight the inconsistencies in Congress’ push for a free press.

While members of Congress were within bounds to call out US President Donald Trump’s attacks on the press and branding of the media as the “enemy of the people” during the course of 45’s presidency, Kovalik highlighted that those same individuals sounding the alarm over the need to maintain a free press are now carrying out their own attack on journalism.

Lawmakers were quick to denounce attacks on the free press when Trump was hurling insults toward corporate, mainstream outlets such as CNN and The New York Times as personal attacks on journalists began to take place, but it would appear the same level of concern is not being applied to conservative, investigative reporter John Solomon.

With Tuesday’s release of the House Intelligence Committee's impeachment report, it was revealed that Solomon’s AT&T phone records were subpoenaed by the congressional committee in order to retrieve details concerning his conversations with Trump lawyer Rudy Giuliani and his associate Lev Parnas on opinion pieces published in Washington, DC-based news outlet The Hill. The outlet also recently announced it was terminating its relationship with Solomon.

Rather than shining a light on what this subpoena may mean for the future of journalists’ ability to seek truth and maintain source confidentiality, outlets outside of the conservative realm appear silent and possibly unaware of the legal precedent it may set for those who choose to go against the mainstream view for the sake of the truth.

Kovalik told hosts Brian Becker and John Kiriakou that he finds the subpoenaing of journalists to be “troubling” due to the fact that confidential sources who play a key role in helping the press function may be exposed.

“I think it is chilling,” he said in reference to possible precedent set by Congress issuing a subpoena to Solomon.

“Let’s be clear: the true journalists are ones [who] do uncover facts that go against the prevailing narrative. Instead, most of what we see in our media is what [Australian journalist] John Pilger calls anti-journalism,” Kovaliak contended, explaining that this is essentially “people just continuing to parrot the party line … or the State Department line.”

Those who dare to go against the grain and seek truth are oftentimes vilified, argued the human rights and labor lawyer - and this practice appears to have been employed against Solomon.

Not only will the subpoena possibly uncover the journalist’s sources who would otherwise remain anonymous, but it will also reveal private details about Solomon and possibly have a “chilling impact” on future journalists’ willingness to deviate from the mainstream for the sake of fact-finding and truth-telling. Furthermore, future sources could be wary of approaching journalists with vital information out of fear of possibly being exposed by legal order.

Kovalik went on to point out that this subpoena was a congressional decision and “not taken to an Article III judge,” who “would understand confidentiality issues [and] understand the greater constitutional issues in a way that a … partisan congressional committee does not.”

Will This Week’s Impeachment Hearings Bring Anything New?