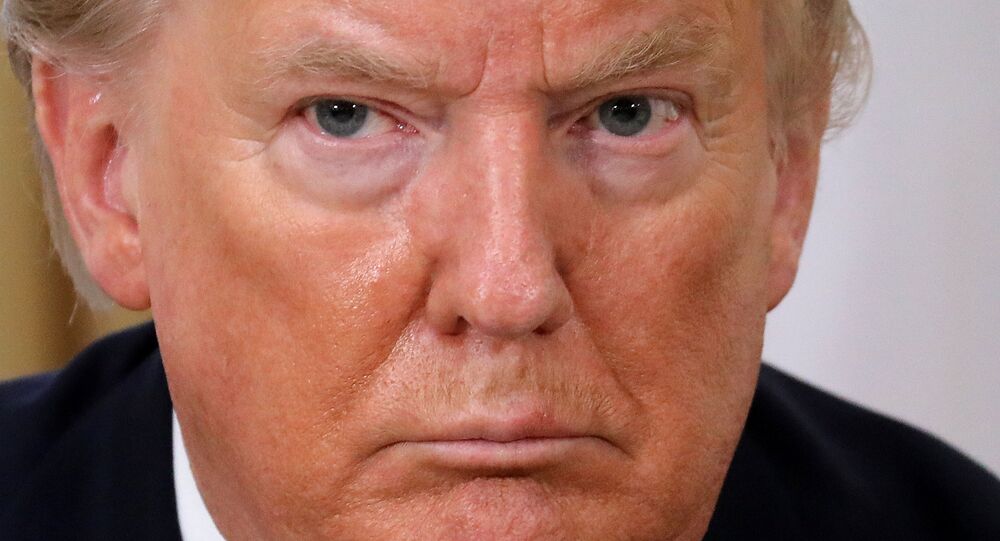 The House Permanent Select Committee on Intelligence has released its report on what it calls US President Donald Trump's "months-long effort" to use his powers of the office "to solicit foreign interference on his behalf in the 2020 [presidential] election."

The US House Democrats' report, released Tuesday afternoon, detailed that Trump and his administration carried out a "unprecedented campaign of obstruction" to prevent the release of evidence and testimonies.

"Donald Trump is the first President in the history of the United States to seek to completely obstruct an impeachment inquiry undertaken by the House of Representatives," the executive summary of the report read.

"Even President Richard Nixon — who obstructed Congress by refusing to turn over key evidence — accepted the authority of Congress to conduct an impeachment inquiry."

In explaining the US president's "campaign of intimidation," the report asserted Trump has "openly discussed possible retaliation" and carried out attacks on potential witnesses.

"It is a federal crime to intimidate or seek to intimidate any witness appearing before Congress," the report reminded the public. "This statute applies to all citizens, including federal officials. Violations of this law can carry a criminal sentence of up to 20 years in prison."

Last month, former US Ambassador to Ukraine Marie Yovanovitch testified that she felt threatened by Trump after learning that he told his Ukrainian counterpart that she was "going to go through some things."

The US president was then accused of witness intimidation after posting a series of tweets on Yovanovitch as she appeared before Congress on November 15.

The former envoy later said that the president's tweets were "very intimidating."

According to the House Democrats' report, Trump "placed his own personal and political interests above the national interests" of the US and not only "sought to undermine the integrity" presidential election process, but also endangered US national security.

These instances of intimidation carried out by Trump and his administration were a concerted effort to cover up the fact that he "withheld the essential military aid for Ukraine as leverage to pressure Ukraine to investigate the conspiracy theory that Ukraine had interfered in the 2016 US election," the House Intelligence Committee claimed in its summary.

Citing US Ambassador to the EU Gordon Sondland's testimony, the report noted that "'everyone was in the loop' on plans to condition the White House meeting on the announcement of political investigations beneficial to President Trump."

Trump's "scheme" was said to have been "undertaken with the knowledge and approval of senior Administration officials," including acting White House Chief of Staff Mick Mulvaney, Secretary of State Mike Pompeo and former Secretary of Energy Rick Perry. Both Perry and Mulvaney were also listed as two of the 12 current or former Trump administration officials who refused to testify in relation to the impeachment inquiry.

The Trump White House responded to the published report, calling it a "one-sided sham process" that found "evidence of nothing."

"This report reflects nothing more than their frustrations. Chairman [Adam] Schiff’s report reads like the ramblings of a basement blogger straining to prove something when there is evidence of nothing," White House Press Secretary Stephanie Grisham said Tuesday afternoon.

At a conference held after the report was publicly released, Schiff told reporters that the evidence clearly lays out a case for drawing up impeachment proceedings, stressing that case proves to be a "wrenching time for the nation."

The official went on to stress that should Americans not invest in this inquiry, Trump would "be back at it again."

The publication of this House Intelligence Committee's report comes just one day before the chamber's Judiciary Committee commences its first impeachment inquiry hearing.