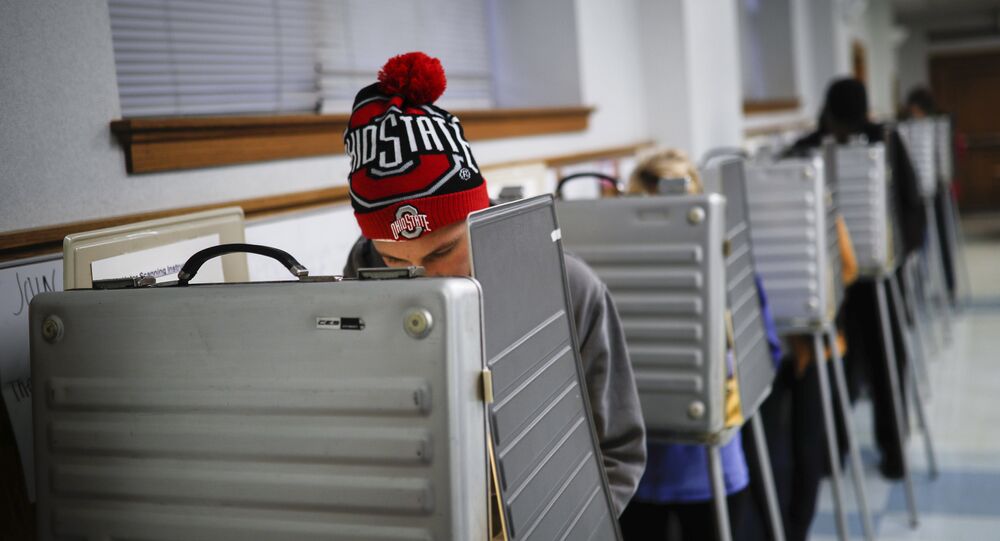 ‘Not Going to Work’: Neoliberal Dems’ Impeachment Efforts May Help Trump in 2020 Election

As more information and evidence comes to light on US President Donald Trump and Ukrainian counterpart Volodymyr Zelenskyy’s July phone call, it is becoming clear that the root of the uproar may have been a little more vague than expected, and impeachment could backfire on the neoliberal Democrats in the upcoming election.

Following acting Director of National Intelligence Joseph McGuire’s testimony before the House and Senate intelligence committees on Thursday, those critical of the House Democrats impeachment inquiry were quick to point out that the whistleblower was not even in on the call in question, but actually a third party who received details from colleagues.

Moreover, the lack of clear crimes committed by the current US president presents an open door for other parties to examine what deal was struck between former Vice President Joe Biden, his son Hunter and Ukraine.

Ben Norton, a journalist with The Grayzone and co-host of the Moderate Rebels podcast, joined Radio Sputnik’s Loud and Clear on Thursday to provide insight on the current investigation and express what he believes has not been accurately addressed by the mainstream media.

“They put all their eggs in the impeachment basket, and it’s not going to work.” Norton told hosts John Kiriakou and Brian Becker.

The crux of the Democrats argument rests on the idea that military funding was withheld from Ukraine until Trump could get what he wanted, but based on the unredacted conversation between Trump and Zelenskyy, it was not a direct “quid-pro-quo,” as some previously claimed.

“One key fact that is not being stressed in this is that the Ukrainian government wasn’t aware that the US military assistance was being delayed until a month after the phone call,” Norton pointed out. “Even the timeline makes no sense. This thing is falling apart.”

It’s also worth taking into account the fact that world leaders are going to be hesitant to take or make phone calls with the US government in the future out of fear that their discussions may become public fodder the minute someone opposes the sitting president.

“I think we’re beginning to unpack this, and there’s still so many questions unanswered,” Norton asserted. He highlighted that over the past week, the mainstream media has glossed over Trump’s accusations against Joe and Hunter Biden and instead focused all their journalistic energy on Trump’s presumed corruption.

While the Bidens’ guilt in this case would not make Trump’s alleged call for an investigation right, the lack of attention paid to the former vice president and Obama administration officials “shows that what the neoliberal Democratic Party leaders have been doing is kind of a foil, a kind of inversion, of what Trump himself has been doing and exposes the corruption that they’re both engaged in.”

Shortly after the US government backed the February 2014 Ukrainian coup that overthrew the democratically-elected government, Hunter Biden was appointed to the board of the Ukrainian Burisma natural gas company in May of that year, “and is paid $50,000 per month,” Norton said.

He went on to reiterate that with the details falling apart and a lack of hard evidence pertaining to the case, it’s unlikely that the Democrats will benefit from it. In fact, it looks like Russiagate 2.0, in that it will actually help Trump in the upcoming 2020 presidential election.

“The thing about this case is it looks more and more like impeachment is being used as just a card in the upcoming primaries, and they’re trying to make Trump feel the heat,” Norton argued. “In many ways it’s kind of like Russiagate, where Trump, every single night at 4 a.m. on Twitter, was Tweeting about how ‘it’s a witch hunt!’”

“I think if this impeachment investigation falls apart pretty quickly and [House Speaker Nancy] Pelosi ... doesn’t actually follow through, it could only help further validate Trump … when he says, ‘Oh, it’s all Fake News.’”