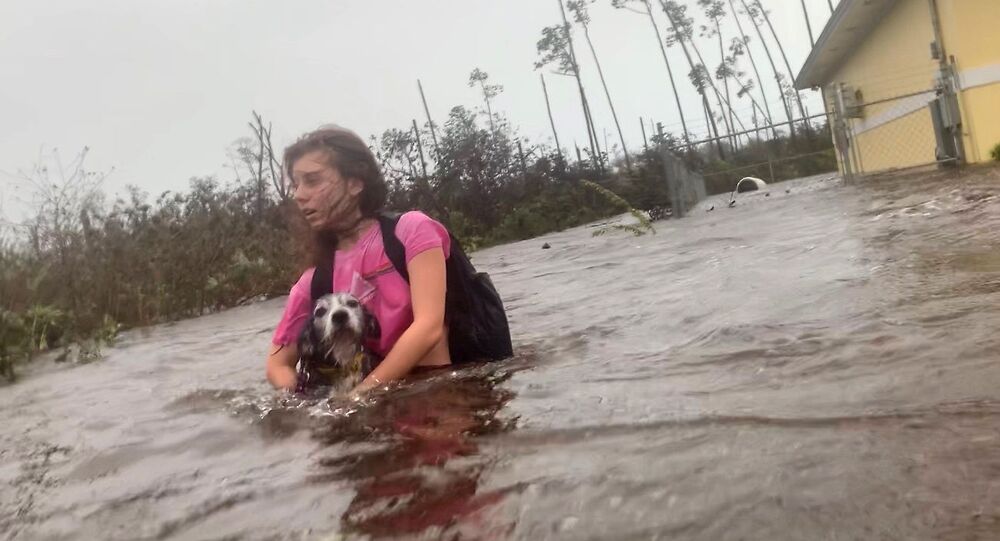 Hurricane Dorian slammed the Bahamas over the weekend as a Category 5 storm, spilling 30 inches of rain and devastating the islands. Many Bahamians are fearful there will be a lack of international aid for recovery following the storm, and experts warn such storms could become more frequent in the Global South.

Dorian became the second strongest hurricane on record in the Atlantic basin after unleashing itself on the Bahamas this weekend with maximum sustained winds of 185 mph, loitering over the archipelago for more than a day.

Jodi-Ann Quarrie, an international human rights and environmental attorney, told Radio Sputnik’s By Any Means Necessary that officials expect death tolls in the Bahamas to rise, especially in Abaco Islands in the northern Bahamas, which were severely ravaged by the storm. By Wednesday evening, the death toll for Dorian in the Bahamas has increased to 20.

“Abaco Island … has many undocumented migrants, especially Haitians. So many of those individuals would not have been in official counts and statistics just yet. Realistically right now, we are expecting to see a sharp increase in the number of casualties,” Quarrie added.

Videos and photos shared on social media showed entire areas of the Bahamas effectively erased and Freeport’s Grand Bahama International Airport almost entirely submerged by the swollen sea. Many families remain stuck in their homes and in dire need of food, water and medicine.

“The pictures coming are horrific. We have just seen pictures of Abaco Islands, where you can see complete flattening of entire areas … What we’re really and truly seeing is a place that may never go back to the way it was, because everything seems flattened,” Quarrie told hosts Eugene Puryear and Sean Blackmon, also noting that many Bahamians are concerned that support and money provided by aid agencies will not “make it on the ground.” In addition, certain parts of the Bahamas, including parts of the Abaco Islands, may not receive aid and support immediately, Quarrie explained.

In fact, many Bahamians fear a “recovery” like that Haiti experienced following a massive earthquake that struck the nation in 2010. Seven years after the disaster, as many as 2.5 million Haitians were still in need of humanitarian aid, according to a United Nations report published in 2017. For example, the Red Cross was accused of building only six homes in Haiti, despite raising $500 million in donations after the quake.

To make matters worse, climate change is likely to strengthen storms in the Global South, despite countries in the region not contributing greatly to global warming, Quarrie noted.

According to NASA, warm ocean surface temperatures contribute to the development of hurricanes.

“Warm water is the fuel that leads a storm to intensify, as heat and moisture move from the ocean to the atmosphere. Meteorologists generally agree that sea surface temperatures (SSTs) should be above 27.8°Celsius (82°Fahrenheit) to sustain and intensify hurricanes,” NASA explains on its website.

“Hurricane Dorian was able to become a superstorm … by virtue of just warmer waters here in the Caribbean,” Quarrie noted.