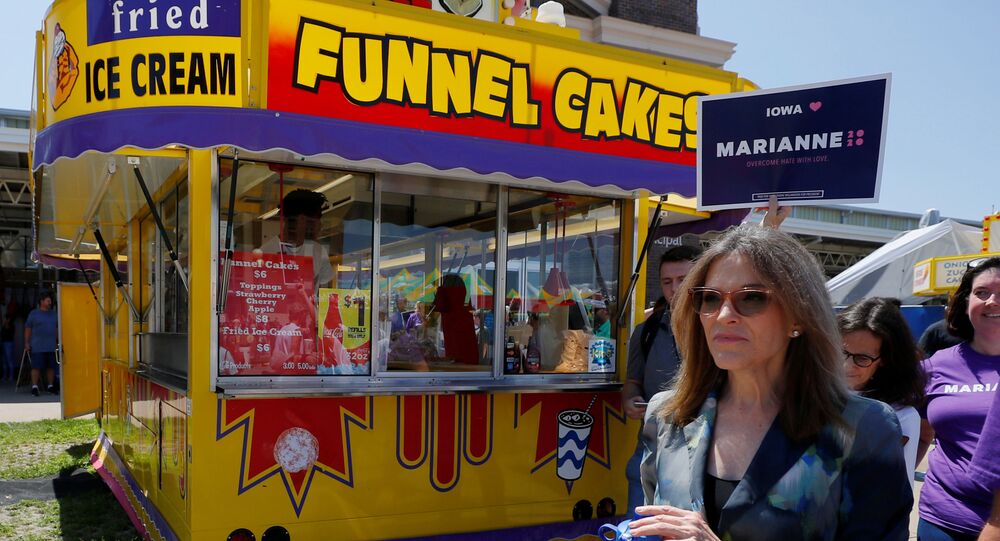 Marianne Williamson, a 2020 Democratic presidential candidate and spiritual activist, sent the Twitterverse into a tizzy on Wednesday after she suggested that just two minutes of “prayer, visualization [and] meditation” could help turn Hurricane Dorian away from the southeastern US coastline.

The since-deleted tweet read, “The Bahamas, Florida, Georgia and the Carolinas … may all be in our prayers now. Millions of us seeing Dorian turn away from land is not a wacky idea; it is a creative use of the power of the mind. The two minutes of prayer, visualization, meditation for those in the way of the storm.”

​Less than two hours after the tweet was shared to Williamson’s millions of followers, it was taken down and ultimately replaced with a tweet that called for individuals to pray for the residents of the Bahamas, Florida, Georgia and North and South Carolina.

​However, despite Williamson’s cleanup efforts, the damage was already done, and netizens were coming in hard with their pitchforks.

​In a statement to the Hill, Williamson’s campaign explained that the tweet had been replaced because it was stirring up some confusion among readers. “It was a metaphor. When others speak of prayer and the mind, it’s considered profound, but Williamson is held to a different standard. … Because the comment led to confusion it was replaced,” a spokesperson wrote.

Williamson is presently just one of 20 Democratic candidates running for the 2020 presidential election.

Hurricane Dorian tore through the Bahamas on Sunday as a Category 5 storm, killing at least seven individuals. Dozens of people have been reported missing, and thousands of homes and commercial buildings were destroyed. Dorian - since downgraded to a Category 2 storm - is currently about 100 miles off Florida’s northeastern coastline, according to the US National Hurricane Center.