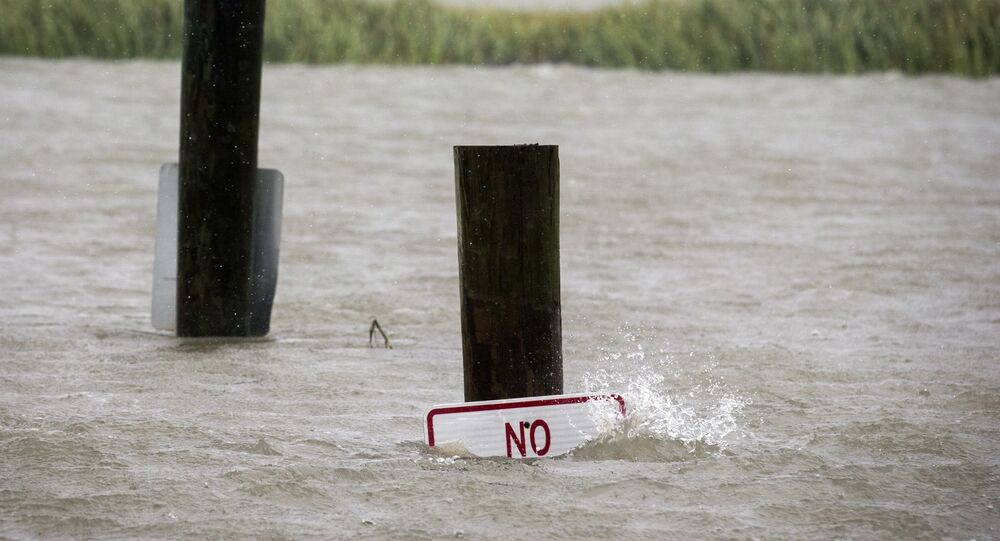 Category 2 Hurricane Dorian has nearly passed Florida and continues toward Georgia and the Carolinas on Wednesday after devastating the Bahamas over the weekend and killing at least seven people.

As of about 2 p.m. Wednesday, the storm was east of Jacksonville, Florida, and had maximum sustained winds of 105 mph while moving north-northwest at 9 mph. So far, seven counties in Florida are still under mandatory evacuation orders: Clay, Duval, Flagler, Nassau, Putnam, St. Johns and Volusia.

​Coastal flooding and damaging winds are expected along the Georgia and South Carolina coasts Wednesday. In addition, rainfall may cause flooding, according to Weather.com.

By Thursday, Dorian’s center is forecast to pass the South Carolina coast and bring coastal flooding, wind and rain flooding to eastern and southeastern North Carolina, and possibly to the Virginia Tidewater region and southern Delmarva Peninsula, which is occupied by Delaware and parts of Maryland and Virginia.

​The storm is expected to pass over and possibly make landfall in eastern North Carolina Friday. Around 400,000 residents in North Carolina are currently under mandatory evacuation orders. The Carolinas are expected to see about 15 inches of rainfall this week, according to the National Hurricane Center.

"Starting late this afternoon, for 36 hours, I want Charleston to be a ghost town," Tecklenburg told reporters at a Charleston concert hall. "I want everybody out of sight ... inside, hunkered down and safe."

While Dorian moves toward Florida and the Carolinas, two more tropical storms have formed: Tropical Storm Fernand in the Gulf of Mexico and Tropical Storm Gabrielle over the eastern Atlantic Ocean near Bermuda.

The National Hurricane Center predicts that up to 18 inches of rain could fall along the Mexico’s Gulf Coast over the next few days. A tropical storm warning is in effect from the port city of Altamira to the Rio Grande in northern Mexico.

US Airlines Cancel Some 1,500 Flights in Florida Due to Hurricane Dorian