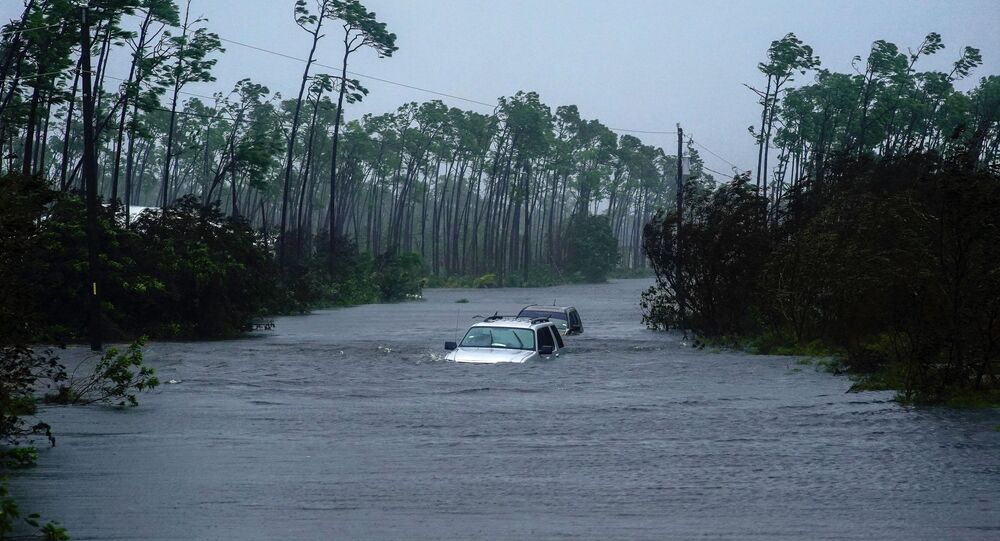 WASHINGTON4 (Sputnik) - Hurricane Dorian is expected to remain offshore as the storm moves north along the US Atlantic Coast, with the threat of flooding in the states of North and South Carolina later in the week, the National Hurricane Centre said.

Here's the latest #Dorian storm surge forecast from this morning. The water could reach the following heights above ground somewhere in the indicated areas if the peak surge occurs at the time of high tide. For more details see https://t.co/tW4KeFW0gB pic.twitter.com/FnozVJ0eqh

​Dorian remained offshore without making landfall in Florida, sparing much of the state.

​However, rescue crews have yet to reach much of the Bahamas, including Grand Bahama island, where the hurricane stalled as a Category 5 storm over the weekend, flattening buildings with 190 miles (305 kilometres) per hour winds and drenching the islands with up to 35 inches (89 centimetres) of rain.

The hurricane earlier downgraded to a category 2 from a category 5, is about 140 miles from Cape Canaveral on central Florida’s east coast and is moving northwest, according to the US National Hurricane Center.  Despite weakening, the hurricane is still expected to have a devastating impact on the US east coast due to it being able to move more water.

Hurricane Dorian reached a life-threatening Category 5 storm on Sunday, pummeling the Bahamas as it damaged or destroyed at least 13,000 houses on the Caribbean archipelago. At least five people were killed.