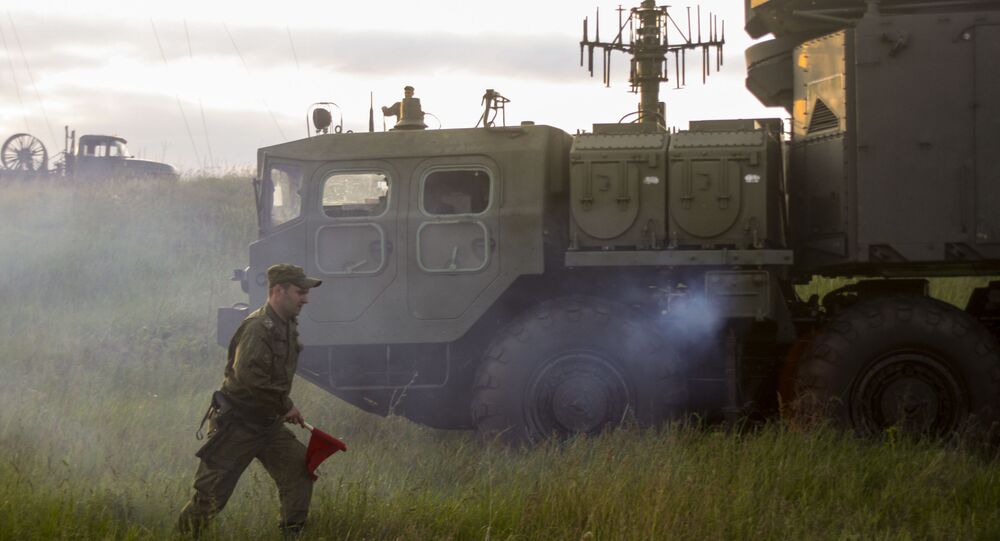 Speaking with Sputnik, Syrian lawmaker Ahmad Merhi said that Russia’s measures to improve Syria’s military capabilities will significantly reduce the potential of further Israeli airstrikes, as well as challenge the US’ hegemony in the Middle East.

“I think it is essential today not to let the United States think that they can act aggressively against Syria, and Russia is already working on that. […] The latest developments have pushed Russia to furthering Syria’s capabilities. Mass media may or may not announce when it [the S-300 supplies] happens, but I think, it’s getting there,” Merhi said.

According to the lawmaker, developing Syria’s capabilities, air defenses in particular has always been a matter of concern for Israel; Merhi suggested that Tel Aviv would attempt to destroy the S-300 systems if Russia delivers them to Syria.

“I think the Russian military has taken into consideration all of Israel’s calculations and fears, when making the decision. At the same time, Russia realizes that its presence in the Syrian arena – is a door to regional and international scenes, and this is an opposition to the US’ hegemony in the region,” Merhi added.

He went on to explain that several states are opposed to Russia’s and Iran’s “entrenchment” in Syria, saying that the United States sought to undermine Moscow’s strengthening in the region, therefore, he believes, “the entire territory of Syria needs reinforced air defenses.”

“What’s important to us is that the defensive weapons the Russians are giving Syria won’t be used against us. If they’re used against us, we’ll act against them. If anyone attacks us, we will retaliate, regardless of S-300, S-700 [sic] or anything else’s presence there,” Lieberman told the Ynet media outlet on Tuesday.

© Sputnik / Kirill Kallinikov
Lavrov on Russia's S-300 Supplies to Syria: It's No Secret, But Not Decided Yet
Meanwhile, Russian Foreign Minister Sergei Lavrov stated that Moscow had not decided yet if would supply the missile systems to Damascus.

Earlier, media reports suggested that Russia could start supplying S-300 missiles to create a layered air defense system in Syria following the US-led airstrikes against the war-weary country on April 14 in response to an alleged use of chemical weapons by government forces in the city of Douma, Eastern Ghouta.

According to the Russian Defense Ministry, a total of 71 out of the 103 missiles had been repelled by Syrian air defenses, which appeared to have been manufactured in the USSR over 30 years ago.

Speaking with the BBC, Lavrov said that a few years ago Moscow promised not to supply S-300 systems to Damascus “at our partners’ request,” but now Russia was mulling over all options to defend Syria “after this outrageous act of aggression from the United States, France and Great Britain.”

Heightened Tensions Between Israel and Syria

On April 9, the Syrian state-run agency SANA reported, citing its own correspondent that the T-4 airbase in Homs province had been subjected to a missile attack. While the media suggested that Washington might have been behind the strike, the Russian Defense Ministry stated that it was two Israeli fighter jets that had attacked the airfield, with strikes being launched from Lebanese airspace.

The ministry clarified that five out of eight rockets were intercepted by Syrian air defenses before reaching their designated targets. The attack reportedly claimed the lives of 14 people, including seven Iranians. Tel Aviv, however, abstained from commenting on the incident.

In February 2018, Israel carried out an airstrike on the T-4 airbase, hitting 12 Syrian and “Iranian military targets.” On the eve of the attack, Tel Aviv claimed that one of its Apache helicopters had intercepted an Iranian drone after it had crossed into the disputed area of the Golan Heights, which has been a thorn in the side of Israeli-Syrian relations, and struck at what the Israeli Defense Force described as Iranian targets in Syria, prompting retaliatory fire from Syrian air defense systems, which brought down the Israeli F-16 fighter jet.