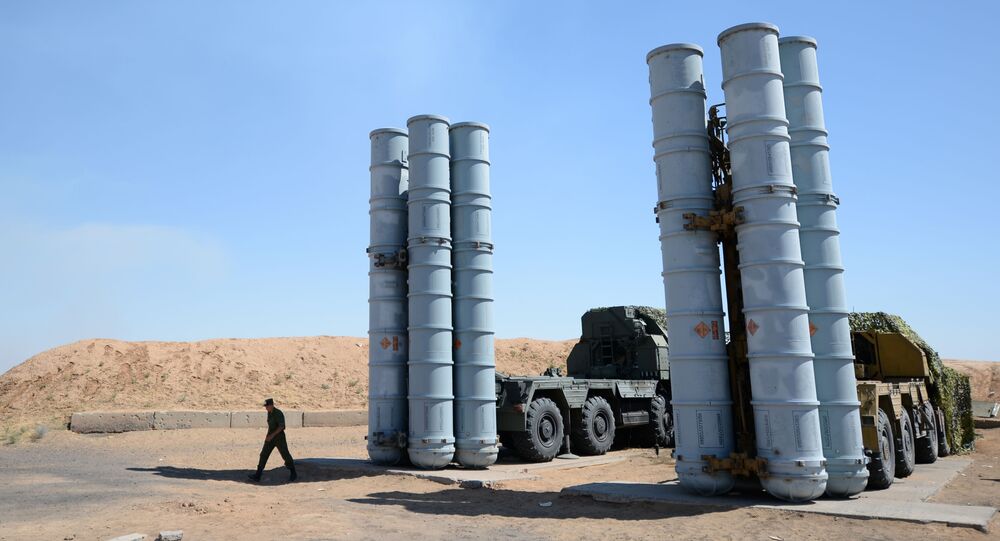 Earlier, the Russian Defense Ministry had stated that Russian-made air defense systems deployed by the Syrian forces managed to intercept 71 of 103 missiles, fired by the United States, France and the UK on April 14.

“Several years ago we decided not to supply S-300 systems to Syria at our partners’ request. Now, we will consider options to ensure the Syrian state’s security after this outrageous act of aggression from the United States, France and Great Britain,” Russian Foreign Minister Sergei Lavrov told the BBC.

Responding to the interviewer’s question whether the foreign minister was implying that the recent developments in Syria had made Russia rethink its stance on supplies of the S-300 long range surface-to-air missile systems, Lavrov said that Moscow was ready to consider any means to help the Syrian army curb further aggression.

© AP Photo / Hassan Ammar
All Conditions Created for OPCW to Work Normally in Douma, Russian Envoy Says
Lavrov’s interview with the BBC came two days after the US, France and the UK carried out coordinated airstrikes against Syria in response to the alleged use of chemical weapons by government forces in the city of Douma in Eastern Ghouta. According to the Russian Defense Ministry, Syrian air defense systems managed to intercept 71 out of the 103 missiles, fired by the trilateral alliance. The Ministry’s spokesman said that the Syrian army had used Russian-made air defense systems such as S-125, S-200, as well as Buk and Kvadrat units to repel the missile strike.

The joint attack was conducted amid reports, covered by several media outlets, citing militants, that the Syrian army had dropped a chlorine bomb on civilians in Douma, with the infamous White Helmets tweeting purported footage of the aftermath of the alleged chemical weapons’ use. The West was quick to blame the chemical attack on Bashar Assad’s forces, while the Syrian government strongly denied its involvement, denouncing the entire incident as a false flag.