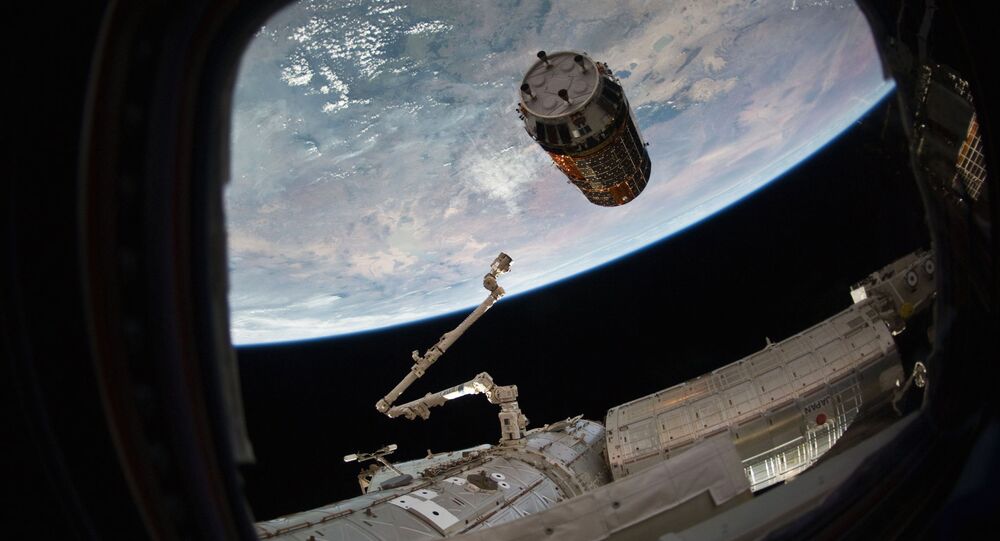 Why the European nations don’t cooperate with Russia in the space industry and manned spacecraft is a question which puzzles space industry expert Gerhard Kowalski. He told Sputnik in an interview what consequences the withdrawal of US funding from the ISS project could have.

The US plans to stop funding the International Space Station (ISS), announced recently, came as no surprise, according to space industry analyst and journalist Gerhard Kowalski. The partners earlier decided to jointly manage the ISS till 2024, and he thinks that it’s natural that the current program runners want to start their own space projects as the US does.

READ MORE: US May End Funding for International Space Station Program by 2025 — Reports

ISS as an International Reincarnation of the Mir Station

Kowalski points out that Russia plans to build its own orbital station as well, after the ISS project is over. That’s why the US’s announcement wasn't a disappointment for Moscow.

“They have not been satisfied with the ISS for a long time, as it is a third generation station after the Salyut complexes and Mir station. And the ISS is nothing more than an international Mir station, albeit bigger in size,” he said.

The Europeans haven’t yet made up their minds about participating in the ISS program for the next 6 years, according to Kowalski. They have bonded themselves only with the agreement, expiring in 2020, as they don’t know how to fund their share of the space program. After their project to create their  own orbital station and the spaceship Hermes Europe, they haven't had more ambitious ideas regarding the manned spacecraft industry, according to Kowalski. That’s why, he says, we can witness an increase in cooperation with China in this sphere, including even joint training for astronauts of the European Space Agency and Chinese 'taikonauts."

Kowalski is puzzled with the fact that the Europeans don’t cooperate more actively with Russia in space. In his opinion, the recent pattern, where Russia is under attack under different circumstances should be cast away.

“They are good only if they bring someone with them,” Kowalski said, referring to the fact that the ISS crew have travelled to the station with the Russian spaceship Soyuz.

He emphasizes that the shut-down of the ISS is a bad sign. It is an example of how international cooperation works in space, and the politicians should follow the lead.

The ISS, which is run by the space Agencies of Canada, Europe, Japan, Russia and the US, costs up to $4 billion a year to maintain. The US federal government has already spent nearly $100 billion over more than a decade to keep it up and running, according to Popular Mechanics.

As the Washington Post reported, Donald Trump wants to turn the station into a "kind of orbiting real estate venture run not by the government, but by private industry." The White House reportedly plans to request $150 million "to enable the development and maturation of commercial entities and capabilities, which will ensure that commercial successors to the station are operational when they are needed."

The views and opinions expressed by Mr. Kowalski are those of the speaker and do not necessarily reflect those of Sputnik.

US, Russia Have 'Limitless' Potential to Continue Space Cooperation - Envoy