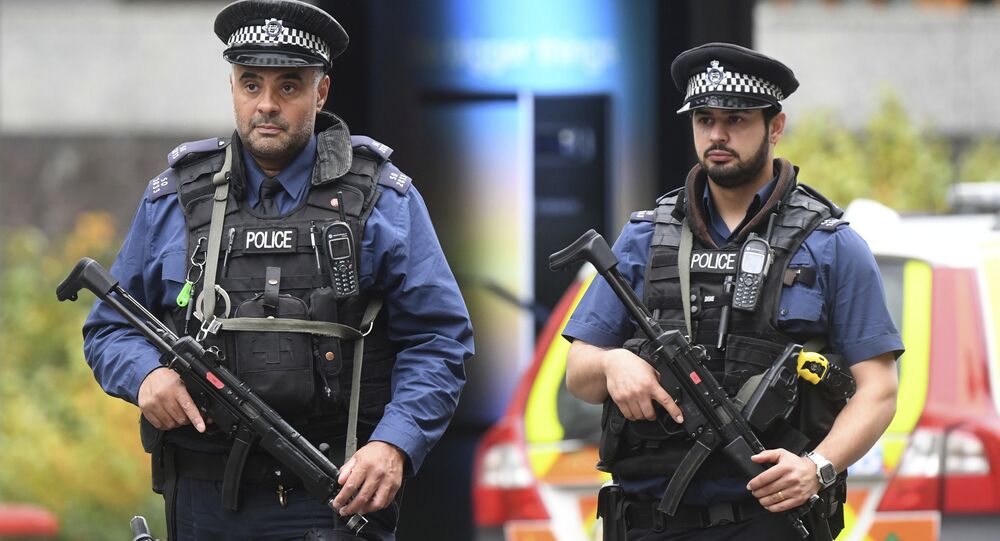 All-Clear Then? UK Intelligence, Cops to Probe Themselves Over Terror Attacks

A senior counterterror consultant in the UK has told Sputnik that proposed new anti-terror laws tread dangerous ground as a probe by British intelligence and law enforcement has been criticized as "investigating themselves."

An inquiry by British police and the spy agency MI5 and into their own conduct in the lead-up to several terrorist attacks in the UK in 2017 is expected to be published soon and will likely clear the agencies of responsibility for mistakes that allowed the attacks to happen.

The leading role both agencies have taken in the inquiry has opened them to criticism online that they are investigating themselves and that the process is taking place in secret and without accountability to the public.

MI5 & the Police are cleared of any liability over #terror attacks….by an inquiry they set up ran themselves…😂 https://t.co/VUsjXRcUnW via @guardian

A reminder: report by @NafeezAhmed and me: “The Manchester Bombing as Blowback: The latest evidence”. UK terrorists links to UK secret state. https://t.co/i7RK1Y4JCc pic.twitter.com/mLq46huQ8A

Not Acceptable: UK Government wants to ignore or allow terrorists in hoping that algorithms identify them but then want to be absolved of accountability for incidents where people die. The community is not your social casino.https://t.co/vFExatzfjI

MI5 and police's inquiry into themselves finds they made NO mistakes over FOUR terror strikes in UK this year even though terrorists involved were all 'on their radar'https://t.co/QMMkSvYcru pic.twitter.com/tLcZPdJzm7

Dr. David Lowe is a senior consultant on terrorism and legal policy and has been following the proceedings of the inquiry and echoed these sentiments.

"Obviously we'd like to have an independent judicial body overseeing the process. I always raise the question, 'If you can't trust your judges, then who can you trust?' " Dr. Lowe said to Sputnik.

© AP Photo / Alastair Grant
Armed police stand outside an entrance to the Palace of Westminster, in London.

Dr. Lowe added that lessons had been learned by the intelligence community since the 7/7 bombings of the London Underground in 2005 despite having finite resources in staffing and equipment, but pointed out that the sensitivity of the information involved means that the proceedings need a degree of secrecy no matter what the findings are.

"If this becomes a truly open inquiry, so everyone can look at it in open sources, the danger is it will reveal methods of investigation as well as capabilities. If you're involved in terrorism or serious organized crime, you can learn lessons to try and evade these," he explained.

© AFP 2020 / Paco Serinelli
Pedestrians walk past a newspaper stand announcing the terrorist attacks after subway and bus lines were closed in London 07 July 2005.

The UK has seen a total of five terrorism-related incidents in 2017, the most recent of which was the failed Parsons Green train bombing that injured 30 people.

This year’s most serious attack was the suicide bombing of the Manchester Concert Arena, which killed 23 people and injured 512.

The Manchester bomber, 22-year-old Salman Abedi was later revealed to have been known to British police and intelligence, but he was judged not to be a significant threat.

© AP Photo / Owen Humphreys/PA
Police watch as commuters pass through Manchester Victoria railway station in Manchester England, which has reopened for the first time since the terror attack on the adjacent Manchester Arena Tuesday May 30, 2017

One of the proposals before the Home Office includes 15 years jail for repeatedly viewing "terrorist content" online, which Dr. Lowe cautioned is a dangerous intrusion into people's freedom of thought that could sweep up too many innocent people.

"The UK has some of the widest powers to counterterrorism, I don't think it will achieve anything. You've got to get the balance right between security and freedom of thought and expression. I look at some of this content because that's part of my job, journalists do as well. There would be many innocent people looking at this content, you can see how wide-sweeping this would be, there will have to be a number of exceptions to this," he told Sputnik.