Ghislaine Maxwell was 'Brainwashed' by Epstein and is Herself a Victim, Claims UK Aristocrat 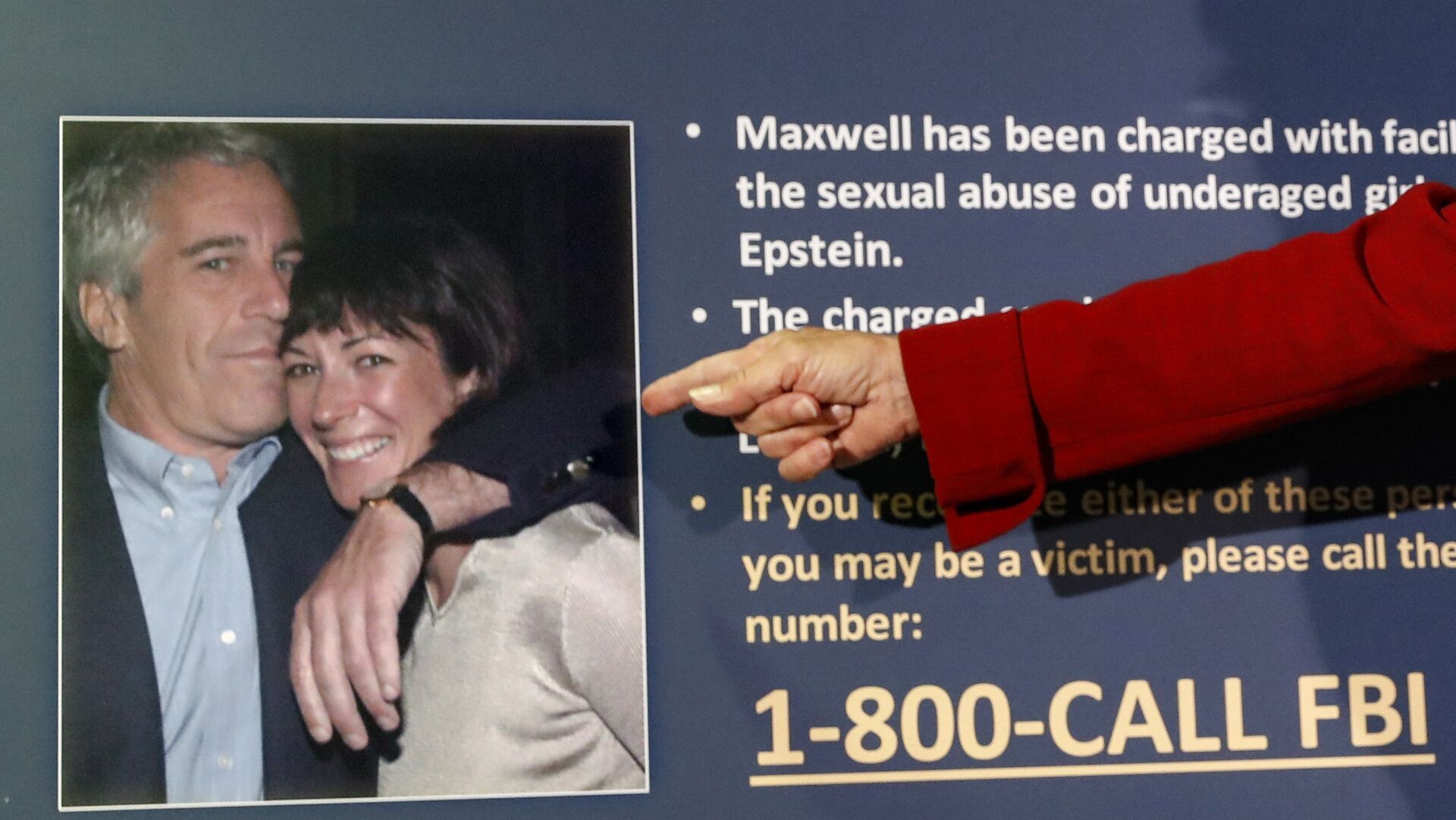 Max Gorbachev
All materialsWrite to the author
Maxwell is accused of grooming young girls and women for late disgraced US financier Jeffrey Epstein, who was charged with running a sex trafficking network of minors in 2019. She has denied the allegations and claims she is innocent.

Ghislaine Maxwell is herself victim of disgraced US financier Jeffrey Epstein, Lady Victoria Hervey has said. Speaking on the TV show Lorraine, the daughter of the 6th Marquess of Bristol recalled her friendship with Maxwell and shed light on the socialite’s ties with the convicted sex offender.

Hervey said she was shocked when she first heard about the accusations against the socialite, as she was a different person than the one portrayed in the media. "She was always the centre of every fun party and she was a vibrant character that a lot of people wanted to be around”, she told the host, Lorraine Kelly.

The aristocrat then argued that Maxwell had been "so brainwashed" by Epstein and "so in love with him that she lost the reality of what she was doing".

During the interview, Lady Victoria Hervey corroborated reports that Maxwell, the daughter of British billionaire Robert Maxwell, helped Epstein get into high society. “Everybody knew Ghislaine Maxwell but no one knew him. It was a partnership they had. I think she got in way too deep and just couldn’t leave”, the aristocrat said.

Hervey recalled how she was once invited to a party where Bill Clinton and Prince Andrew were in attendance. Clinton is said to have travelled on Epstein’s private jet dubbed the "Lolita Express" and reportedly visited his private island, where the financier is alleged to have abused his victims. Meanwhile, the British royal has been accused of having had sex with an underage girl named Virginia Roberts Giuffre, one of Epstein’s alleged victims.

Hervey said that she felt uneasy in Epstein’s apartment, which he said didn’t have "any personal things” and “was like a sterile, hotel room”.

“I’m a very intuitive person and I knew as soon as I stepped into that apartment it felt very hostile, not a friendly environment”, she said.

In July 2019, Jeffrey Epstein was arrested on charges of running a sex trafficking ring of minors. Dozens of women accused him of sexual abuse and rape. The financial consultant, who rubbed shoulders with presidents, royals, and celebrities, did not live to see his trial. He was found dead in his cell on 10 August. His death was ruled a suicide, although conspiracy theorists argue that he was either killed by powerful friends who feared they might be implicated in the trial, or escaped by planting a body double.

Ghislaine Maxwell was arrested on 4 July 2020 and faces eight charges, including sex trafficking of minors and enticing minors as young as 14 to engage in illegal sex acts. Epstein’s alleged victims have claimed Maxwell acted as a pimp, luring young women and girls into Epstein’s hands, promising them well-paid jobs. Some of the women claimed that she not only groomed them, but also took part in the abuse.

Maxwell claims she is innocent and insists that the prosecution has made her a scapegoat for Epstein's crimes. Her trial is scheduled for 29 November.