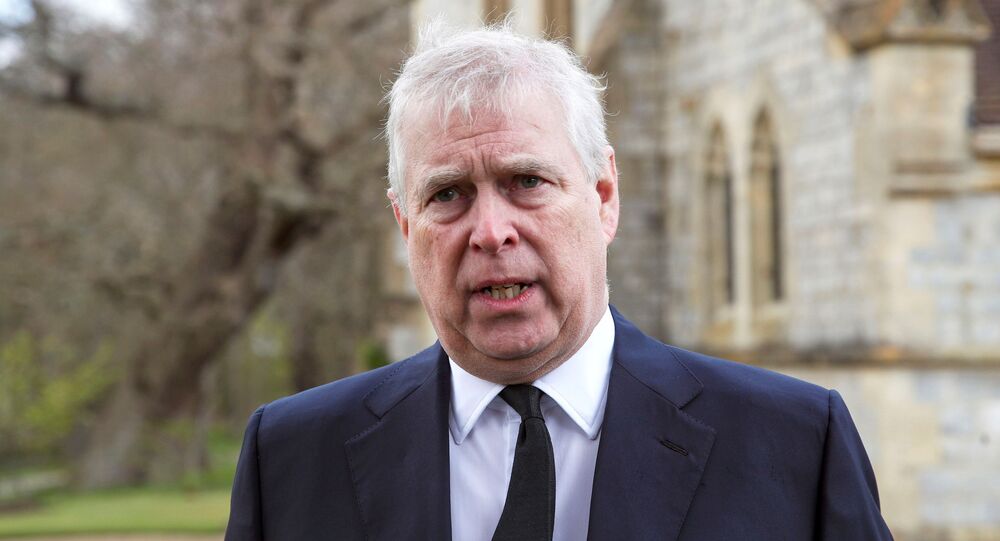 Prince Andrew stepped back from royal duties after a growing backlash following a BBC interview about his friendship with late sex predator Jeffrey Epstein had become a "major disruption" to the Royal Family. He asked the Queen for permission to withdraw for the "foreseeable future", leaving open the issue of if he would return to public life.

Since his fall from grace due to his perceived connections with the late convicted pedophile Jeffrey Epstein, Prince Andrew has reportedly been stripped, either quietly or publicly, of his role as patron of almost 50 organisations, according to The Telegraph.

An estimated one in four charities and companies scurried to sever ties with the Duke of York after he stepped back from his public duties 18 months ago because the Jeffrey Epstein scandal had become a "major disruption" to the Royal Family. The move underlines the scale of the damage to the reputation of the disgraced royal.

The eighth in line to the throne was reportedly seen as “no longer appropriate” to continue public associations with the charities and groups, as many are cited as having expressed a desire to find someone “better suited” to their “aims and values”.

© AFP 2021 / STEVE PARSONS
Britain's Prince Andrew, Duke of York, attends Sunday service at the Royal Chapel of All Saints, at Royal Lodge, in Windsor on April 11, 2021, two days after the death of his father Britain's Prince Philip, Duke of Edinburgh. - Queen Elizabeth II has described feeling a "huge void in her life" following the death of her husband Prince Philip, their son Prince Andrew said on April 11. Andrew, the couple's second son, said following family prayers at Windsor Castle that his mother was "contemplating" her husband's passing after his death on April 9 aged 99.

Prince Andrew, 61, announced in November 2019 that he was “stepping back from public duties for the foreseeable future” over fallout from his “car crash” BBC interview. On “Newsnight” the royal had insisted he had no recollection of meeting one of Epstein’s alleged "sex slaves" Virginia Roberts Giuffre, who claims she was forced into intimate relations with the Duke when she was 17.

While strongly denying all accusations, the royal has kept a low profile. The scandal, however, put many of the Prince’s charities in a tricky situation.

Around 200 charities and organisations are said to have the Duke of York’s backing. As the scandal gained traction, several organisations opted to take swift action and dump the disgraced patron.

These reportedly included the Royal National Institute for the Deaf, the Golf Foundation, the Children’s Foundation, the Outward Bound Trust and the British Science Association.

“We felt that as a children’s charity it was not appropriate for him to remain patron,” the Royal Navy and Royal Marines Children’s Fund were quoted as saying.

Others to follow suit were the Berkshire County Cricket Club, the Society for Nautical Research, the Association of Leading Visitor Attractions and Whitgift School in Croydon, according to the report.

All affiliation with Prince Andrew had reportedly been ended by 47 from around 150 organisations previously under his patronage, with many refraining from official comments due to the sensitive nature of the issue.

A majority ostensibly confided that they had been unable to find a replacement to this day.

Three of the organisations were hoping to find a new royal patron. The British Science Association, the Council of British International Schools and the Tall Ships Youth Trust had reportedly been in contact with Buckingham Palace over the matter.

The Prince of Wales – the Duke of York’s brother – was selected as a substitute by the Royal Philharmonic Orchestra and the York Minster Fund, states the report.

Some charities and groups have avoided taking more drastic measures since the Duke of York had not been charged or convicted of any crime.

Instead, they opted for half measures, such as allegedly removing his portrait from the wall, scrapping his name from their websites or, according to the report, using a potted plant to cover up a plaque bearing his name.

The Royal Liverpool Golf Club, the Friends of the Staffordshire Regiment, Morayvia Aerospace Centre and Royal Free London NHS Foundation Trust are among the few organisations that, while accepting the fact that Prince Andrew cannot engage in any activity on their behalf, have confirmed they have maintained links with the Duke.

As Buckingham Palace was said to have been tight-lipped regarding the unfolding scandal in 2019, many of the groups had been confused as to whether the Duke had stepped down when he announced a decision to “step back” from royal duties.

Accordingly, Fire Sport UK and the Foundation for Liver Research had assumed the Duke had resigned and they would be notified who would take over the role of patron.

Regarding the issue of whether the Duke of York’s individual patronages had been contacted, a Buckingham Palace source was quoted as acknowledging:

“The announcement of the Duke of York stepping back received widespread attention and many patronages were quick to get in touch. Since then, patronages wishing to discuss the impact on their operations have been dealt with as they arose.”