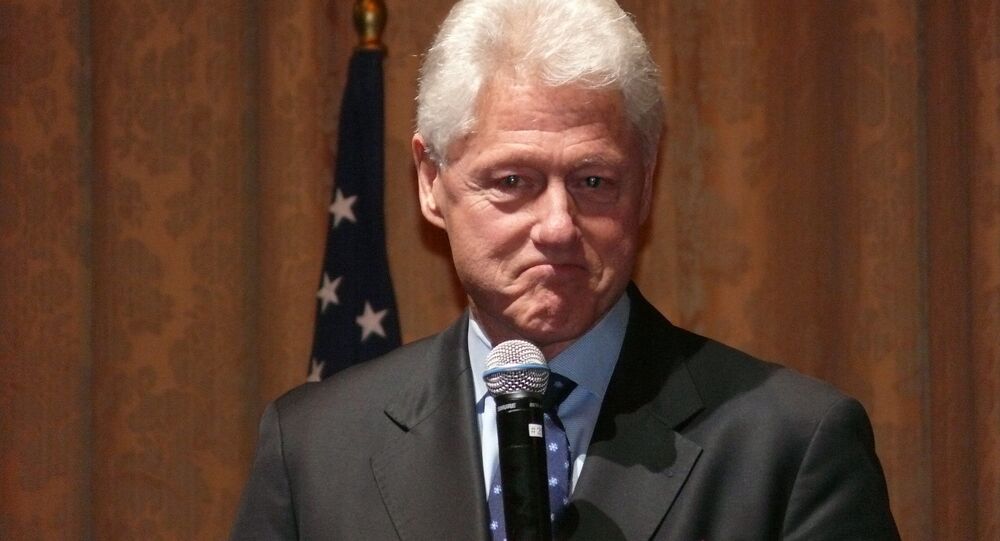 Socialite and TV personality Lady Colin Campbell triggered a backlash earlier, when she appeared to defend disgraced financier Jeffrey Epstein in the wake of a “car crash” BBC Newsnight interview given by Prince Andrew in 2019, claiming that “soliciting sex from minors is not pedophilia”.

Lady Colin Campbell has once again embarked upon a controversial rant about Jeffrey Epstein and Prince Andrew as she appeared on GB News.

Prince Andrew, who was forced to step back from royal duties after growing backlash following a BBC interview in 2019 about his friendship with late sex predator Jeffrey Epstein, was being made a “scapegoat” in the US, the writer and television personality claimed on Dan Wootton’s evening show.

​The disgraced royal’s ties to the convicted pedophile Epstein, claimed Lady C, as she is dubbed, are being played up to deflect attention from former President Bill Clinton.

Prince Andrew has been accused of staying at the pedophile’s home at a time when Epstein’s alleged sex trafficking victim, Virginia Roberts Giuffre, claims she was forced to have sex with the royal when she was 17.

The bombshell repots had emerged last year, prompting the Duke of York to embark upon a “car crash” interview on Newsnight to deny the allegations.

Lady C was asked on the show if Prince Andrew had done more to damage the reputation of the Royal Family than Meghan Markle and Prince Harry with their scandalous interviews, such as the one with Oprah Winfrey in March.

The Duke and Duchess of Sussex, who departed their senior royal posts at Buckingham Palace in January 2020 to seek “financially independent” lives in America with their son Archie have been lobbing "truth bombs" about their life in the Royal Family.

Lady C responded by first seemingly defending Epstein, who died in jail in August 2019, by claiming he was not a pedophile, but rather an ‘ephebophile’ (an adult who is sexually attracted to adolescents). This claim was made by her earlier, in 2019, in the wake of Prince Andrew's BBC interview.

On this occasion she backtracked somewhat, adding she “wasn’t saying” Epstein wasn’t a “bad man”.

Convicted pedophile Jeffrey Epstein was discovered dead in his federal prison cell in New York in August 2019 as his trial on charges of sex trafficking of minors was pending.

“Everything is layered and measured and everything should be viewed proportionately. Let’s remember, Bill Clinton, who is a far bigger name and a far heavier hitter on the world stage, was a far greater friend and for far longer than Prince Andrew,” said Lady Colin Campbell.

Bill Clinton has been seen in several photos with Jeffrey Epstein over the years, interacting at dinners and fundraisers.

Clinton, who served as the 42nd president of the United States from 1993 to 2001, has always furiously denied the allegations.

Lady C went on to say:

The host added that “while there were pictures of Clinton with Epstein, he has always denied that there was any form of inappropriate behaviour, as has Prince Andrew.”