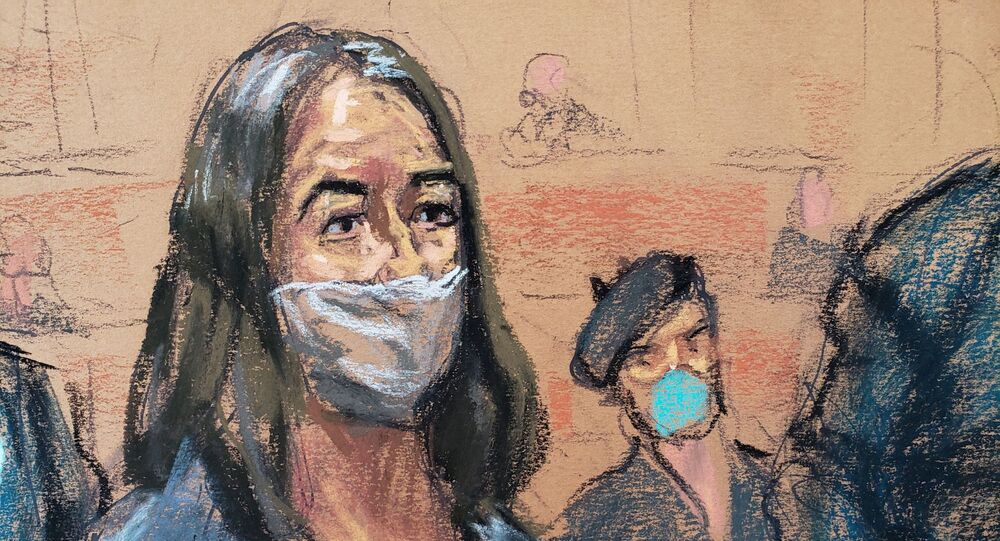 A New York judge ruled on Friday that US prosecutors may use Ghislaine Maxwell’s depositions from 2016 at her upcoming sex trafficking trial in November, despite a request from her legal team to block the effort.

The depositions were given as part of a 2015 civil case brought by Virginia Roberts Giuffre, one of Jeffrey Epstein and Maxwell’s numerous sex trafficking accusers. Giuffre sued Maxwell in September 2015 for defamation in a New York federal court after the socialite called her sex allegations “obvious lies.”

The case was eventually settled under seal but redacted versions of the transcripts of the depositions were eventually released to the public, starting from last year. Maxwell’s lawyers tried to prevent records from being released citing their “intimate” nature that contained the woman’s reflections on her own sexual activity but to no avail.

© REUTERS / JANE ROSENBERG
Epstein’s Pal Ghislaine Maxwell ‘Intimidated and Humiliated’ by Prison Guards in Toilet, Lawyer Says
On Friday, Maxwell’s legal team lost again when US district judge Alison Nathan concluded that US prosecutors may use her civil depositions from 2016 during the upcoming criminal trail in November. The judge was not convinced by lawyers’ arguments that Maxwell only agreed to answer “highly intrusive questions” on Epstein because she was given a promise that her replies would be kept secret.

Maxwell is facing six counts of sex trafficking of minor and conspiracy charges, as well as two counts of perjury in relation to these 2016 dispositions, where she told the court that she knew nothing about Epstein’s “scheme to recruit underage girls for sexual massages."

Epstein was found dead in a prison cell in August 2019 as he was awaiting trial for sex trafficking allegations. His death was ruled as suicide but many conspiracy theories emerged over a number of inconsistencies on the night of the incident.

Maxwell, who has pleaded not guilty to all charges, has been denied bail five times already, despite offering a staggering $28.5m package and pledge to denounce her British and French citizenships if she's released.