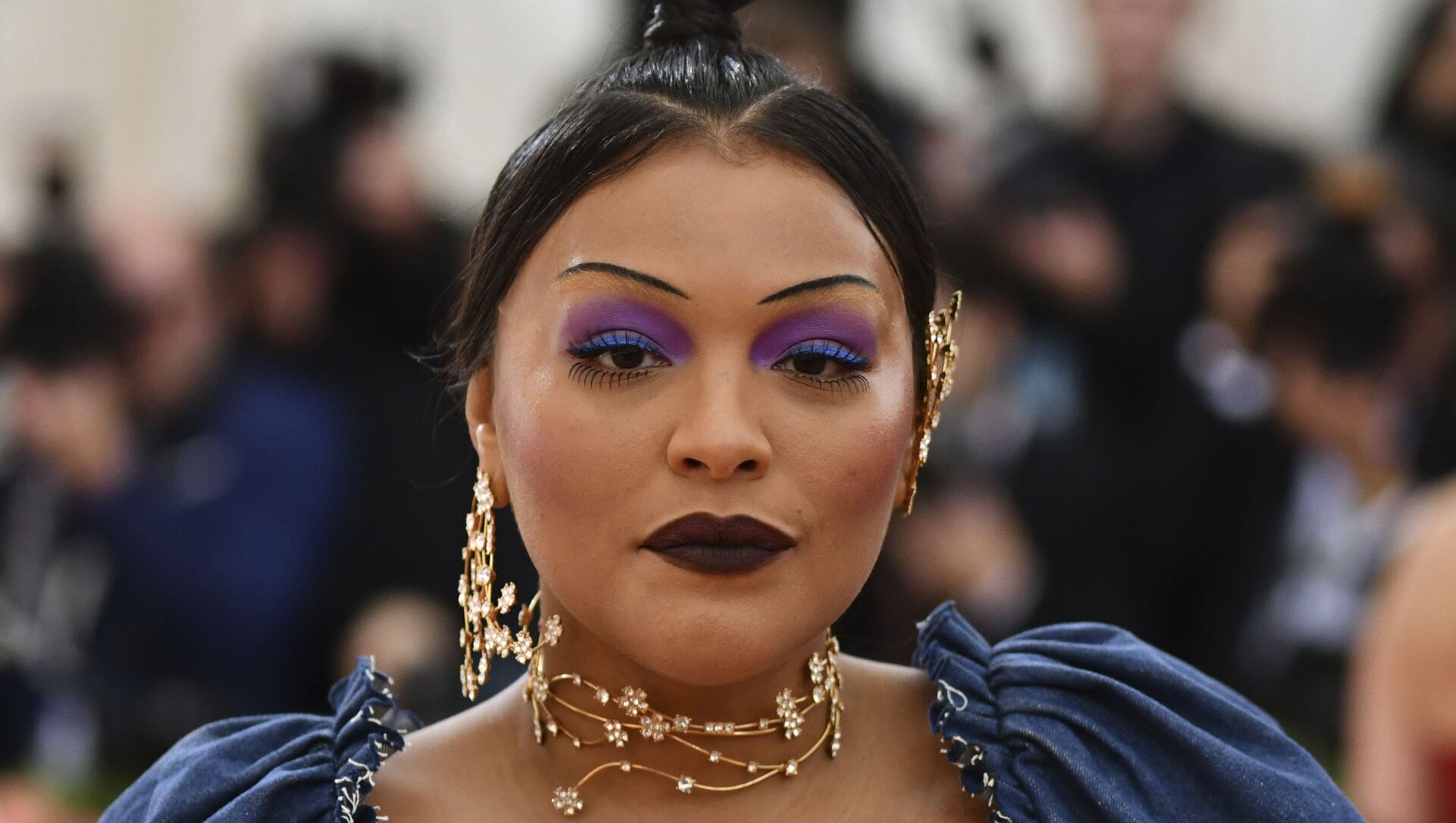 Svetlana Ekimenko
All materialsWrite to the author
Amid the recent escalation of the Israeli-Palestinian conflict, rallies and marches took place supporting both sides, with flaring tensions erupting on social media platforms.

Plus-sized model Paloma Elsesser, known for appearing on the cover of Vogue magazine in January, has found herself under fire for weighing in on the Israeli-Palestinian conflict.

The British-born Swiss-American, 29, who has modelled for Nike and Mercedes-Benz and boasts 342,000 followers on Instagram, hit the platform to post a statement written by Indian-Jewish student writer Anna Rajagopal, reported the Daily Mail.

“No one is saying you have to be silent on anti-Semitism, but before you post about anti-Semitism during this time ask yourself... will people be able to use this to delegitimize the Palestinian struggle.”

I'll repeat my words because I believe in their validity: Antisemitism should always be condemned, but SOLELY FOCUSING ON ANTISEMITISM RIGHT NOW AIDS ZIONISM IN DECENTERING AND DEMONIZING PALESTINIAN LIBERATION. https://t.co/EfOEy5RC03

The comment came amid a fresh spiral of violence between Israelis and Palestinians, and waves of protests around the world.

“You know nothing about Israel about Palestinians or about Jews. Stay out of our affairs if you aren't going to educate yourself,” one social media user was quoted as commenting.

Another was cited as saying:

“You're the biggest anti-Semite',. 'Get it through your head, anti-Zionism is anti-Semitism. You use your platform to divide. It's disgusting, you should be ashamed.'

Days earlier supermodel sisters Bella and Gigi Hadid similarly triggered a firestorm with their now-deleted post Instagram post that stated Israel was not a country, but rather a “land settled by colonizers”.

Daughter of a Palestinian real-estate developer, US supermodel Bella Hadid had published a graphic that called Israel 'occupiers' and called Palestinians 'oppressed.'

Sister Gigi Hadid had liked the post, prompting Israel's official social media channels to hit back at the celebrities.

Hadid later deleted the post after backlash, sharing instead avideo of Bernie Sanders on Fox News saying, “It is not antisemitic to be critical of a right-wing government in Israel”.

Bella, 24, and Gigi, 26, have both expressed their support for the Palestinian cause and have participated in marches and protests in Bay Ridge amid the deadly tit-for-tat strikes between Israel and Hamas for 11days.

The exchange of rocket attacks and airstrikes between the sides was halted as an Egypt-mediated truce was struck on 20 May.

However, an apparent uptick of antisemitic vandalism and incidents has been reported across the US to police and shared on social media.

Jewish civil rights group “The Anti-Defamation League” said its preliminary data showed an increase in online and real-world incidents of antisemitism in the US amid the latest flare-up of violence in the Middle East.

We welcome the arrest of one of the primary suspects in the antisemitic beating of several Jewish diners outside of a Los Angeles restaurant earlier this week. Full statement here: https://t.co/cprnTUKcbN