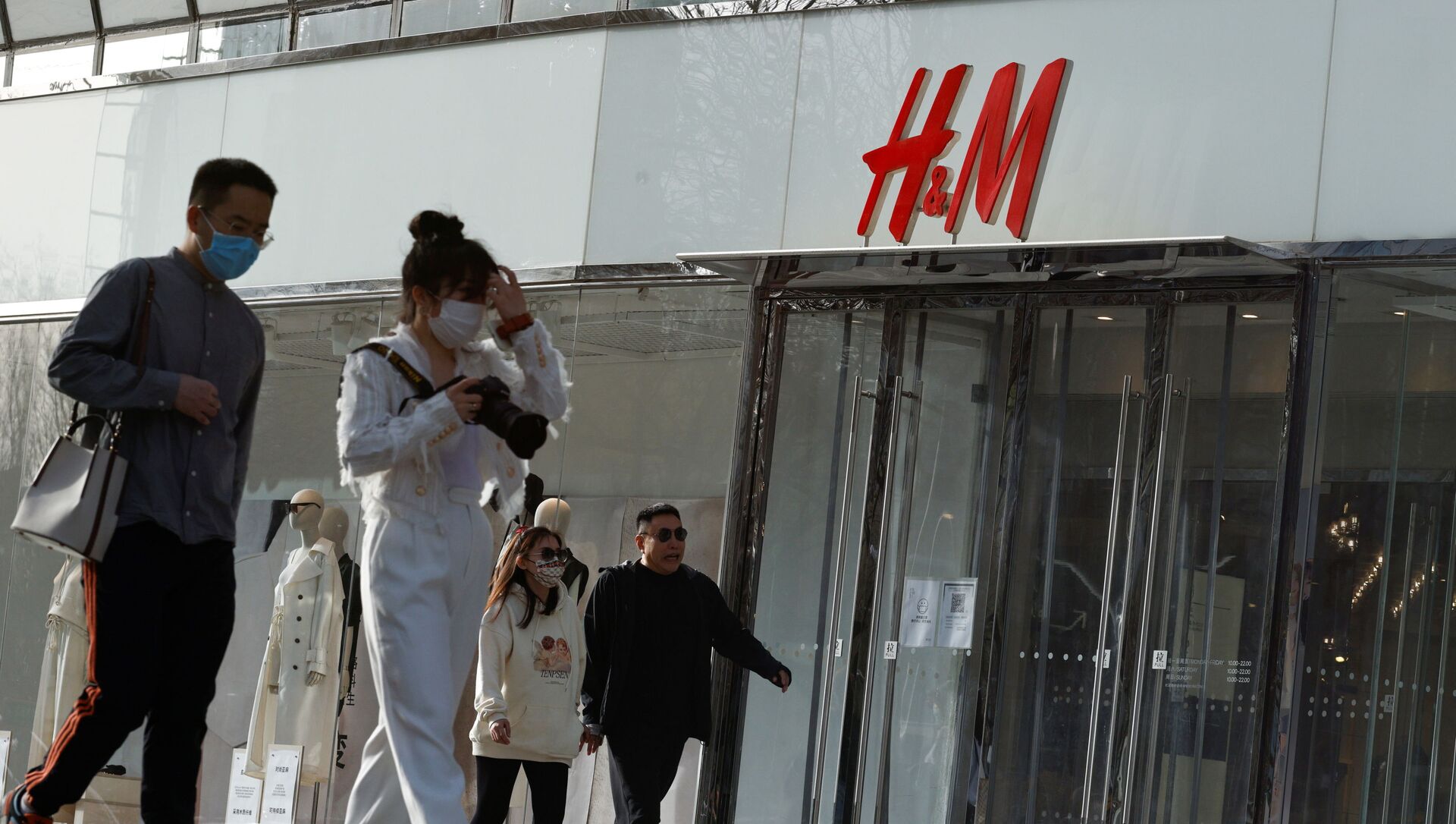 Aleksandra Serebriakova
Moscow-based Sputnik correspondent specializing in foreign affairs.
All materialsWrite to the author
Nike, Adidas, H&M and Burberry have recently fallen victim to China-wide consumer boycotts over the brands making statements regarding cotton farming in the Xinjiang region. The Western powers are sanctioning China over alleged violations of the human rights of the Uighur Muslim minority in the region, something Beijing firmly denies.

Chinese officials warned foreign brands about making rash moves in raising their concerns about purported use of forced labour in Xinjiang.

"To rush into this decision and get involved in the sanctions is not reasonable. It's like lifting a stone to drop it on one's own feet," Xu Guixiang said, as quoted by Reuters.

"I don't think a company should politicise its economic behaviour. Can H&M continue to make money in the Chinese market? Not any more." 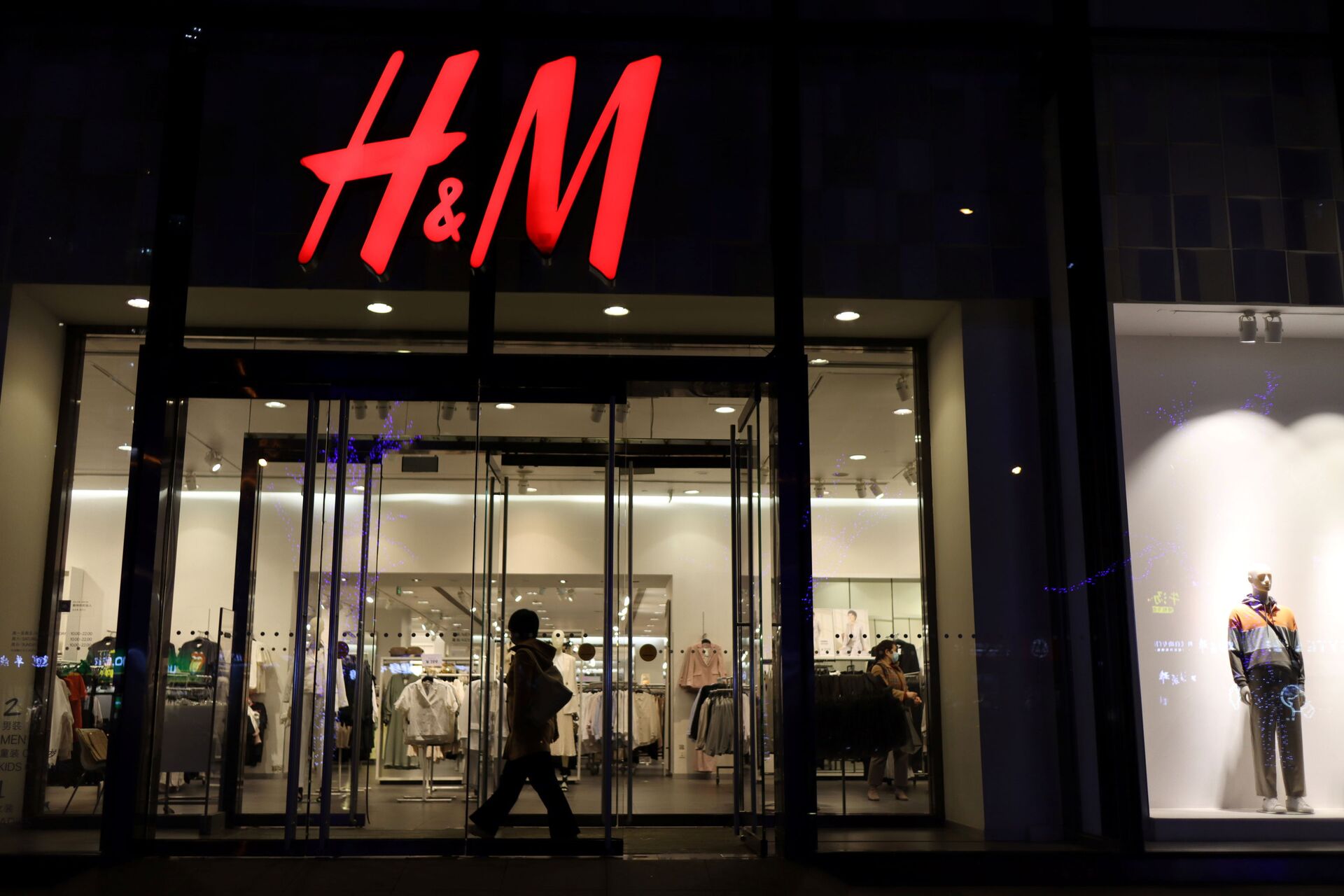 A woman enters a store of the Swedish fashion retailer H&M at a shopping mall in Beijing, China March 24, 2021
© REUTERS / FLORENCE LO

H&M had earlier issued a statement saying it would no longer source cotton from the China’s far west region over reports about the use of forced labour in Xinjiang. Although the declaration is believed to have been published as early as March 2020, it started widely circulating last week, prompting an outcry from Chinese consumers who called for a boycott of the brand. The statement was later taken down, but a similarly-worded text has remained available on the H&M group page.

At least six stores have been shut down in several Chinese cities, including Urumqi, the capital of the Xinjiang Uyghur Autonomous Region, Bloomberg reported on Friday. Billboards advertising the brand have also been reportedly taken down across the country.

Companies Get Involved in Xinjiang Issue to Get Slammed

Adidas previously said that they have "never manufactured goods in Xinjiang and has no contractual relationship with any Xinjiang supplier”, while Nike made sure its customers knew that it “does not source products” from the autonomous territory.

“We have confirmed with our contract suppliers that they are not using textiles or spun yarn from the region,” Nike said, specifying that it was “concerned” about “forced labour” reports. 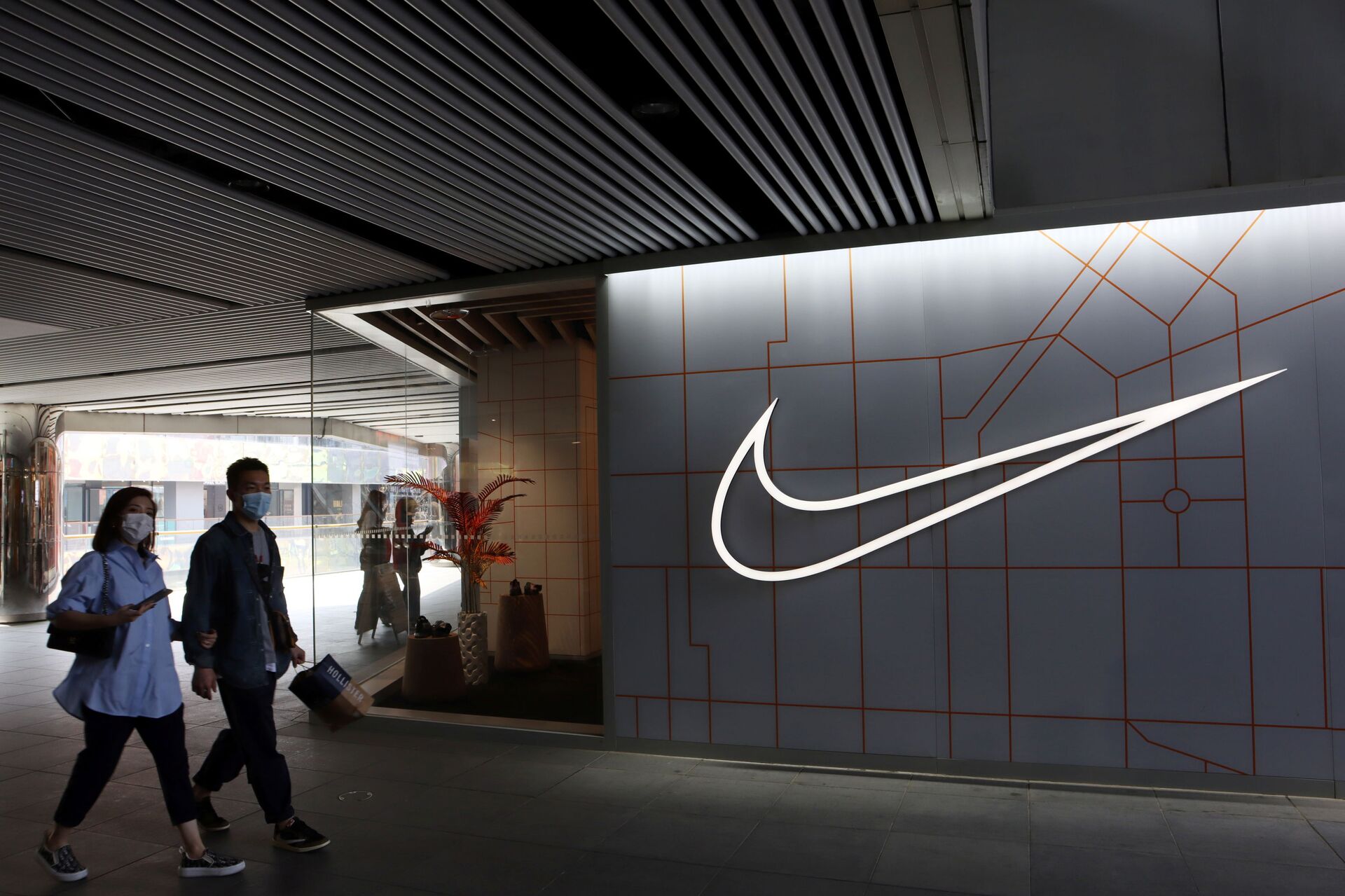 People walk past a store of the sporting goods retailer Nike Inc at a shopping complex in Beijing, China March 25, 2021
© REUTERS / FLORENCE LO

According to another Xinjiang government spokesman, Elijan Anayat, Chinese people did not want to buy H&M and Nike products following their boycotts of cotton from the region. The official has invited the foreign manufacturers to visit Xinjiang’s cotton fields to make up their own mind about human rights abuses reports.

On Thursday, agency for Chinese actress and Burberry ambassador Zhou Dongyu announced that she had halted her contract with the luxury brand because the company did not “clearly and publicly state its stance on cotton from Xinjiang.”

Among other world-known producers that have taken a public stance on Xinjiang issue was Zara’s parent company Inditex. Last week, the firm’s statement disappeared from its website.

China Gets Sanctioned Over Xinjiang

In March, Britain, the European Union, Canada and the United States imposed a set of sanctions against Chinese officials over alleged human rights violations and involvement in the incarceration of the Uyghurs, a minority group mostly living in in Xinjiang.

Beijing, which strongly denies accusations of abuses and maintains that existing vocational centres in the region are set to combat religious extremism in accordance with UN guidelines, has responded to Western powers with its own sanctions package.

On Saturday, the Chinese Foreign Ministry announced that American and Canadian individuals will be banned from travelling to China, including the Hong Kong region, and prohibited from doing business with country’s citizens and institutions. Similar measures were earlier reciprocally taken by China against EU and UK individuals and entities.

000000
Popular comments
start earning money today from hundred dollar per hour by just simple on-line working by giving only one hour of your daily life . it's very easy. Everybody can now get this job and start earning cash online right now by just follow instructions click on this link and visit tabs( Home, Media, Tech) for more details thanks ➴➴➴➴ OPEN THIS WEBSITE ➴➴➴➴ HERE............W­­­­­­­w­­­­­­­w­­­­­­­.­­­­T­­­i­­­p­­­s­­­4­­­7.­­­C­­­o­­­m
MarioDSmith
29 March, 16:28 GMT1
000000
It's not about the Cotton or Xinjing .. it's the forward integration of raw cotton to finished products from China that will decimate the Western Textile, Clothing, Fashion Industries.