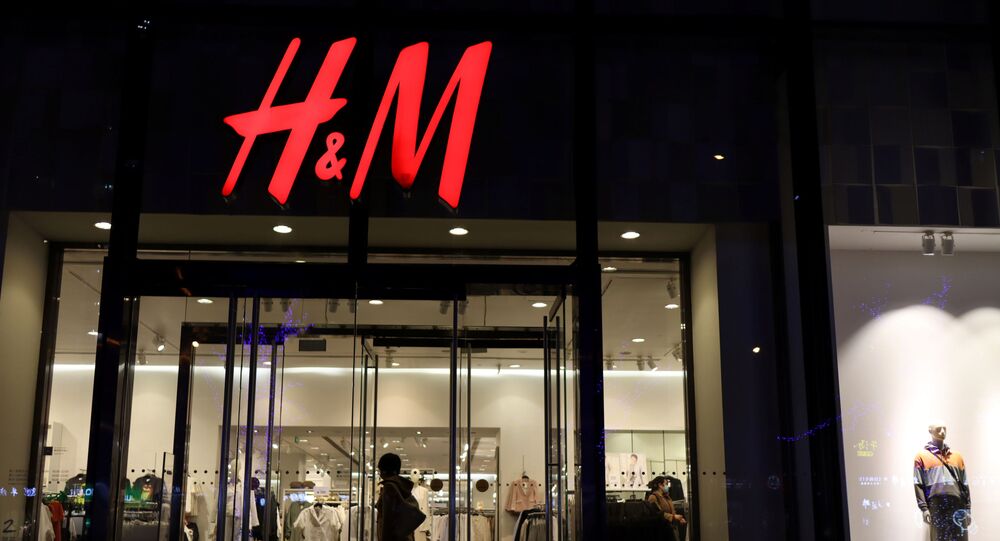 The move comes several days after H&M’s clothes vanished from several Chinese e-commerce websites, including Alibaba and JD.com. The company’s store in Xinjiang region was closed too after a growing public outcry.

"H&M Group is deeply concerned by reports from civil society organisations and media that include accusations of forced labour and discrimination of ethnoreligious minorities in Xinjiang Uyghur Autonomous Region (XUAR)," the company said.

Although the statement itself was released in September of 2020, the public discontent has only recently begun after a pro-government Chinese group - the Communist Youth League - released a statement on popular national social network Weibo condemning H&M's remarks.

"H&M clothes are rags," read a post on the social network.

"They don't deserve our Xinjiang cotton!", read another.

Other users simply called for a boycott of the fashion retailer. Since the outcry began, popular Chinese actors Huang Xuan and Song Qian - H&M's brand ambassadors for almost a year - said they had stopped working with the company.

The retailer’s clothes disappeared fr,om websites of major e-commerce companies and an H&M store was closed in Xinjiang.

The company is among many western firms to have distanced itself or released statements criticising alleged human rights abuses in Xinjiang, one of the world’s top cotton-producing regions. On Thursday two Chinese celebrities severed ties with Nike, and other high-profile figures ended promotional partnerships with Adidas, Converse, Calvin Klein, Puma, Tommy Hilfiger, and Uniqlo, decisions praised by Chinese media.

Human rights groups have long accused Chinese authorities of sending Uyghurs, an ethnic Muslim group living in the region, to detention camps and using them in forced labour. Human Rights Watch estimates that around one million Uyghurs are held in detention camps. Chinese authorities have categorically dismissed the accusations and said the facilities that rights groups refer to are in fact "vocational training centres" used to eradicate extremism and stamp out poverty.

Besides Xinjiang, China faces accusations that it has violated human rights in Hong Kong and Tibet, which prompted more than 180 rights groups to call for a boycott of 2022 Winter Olympics in China.