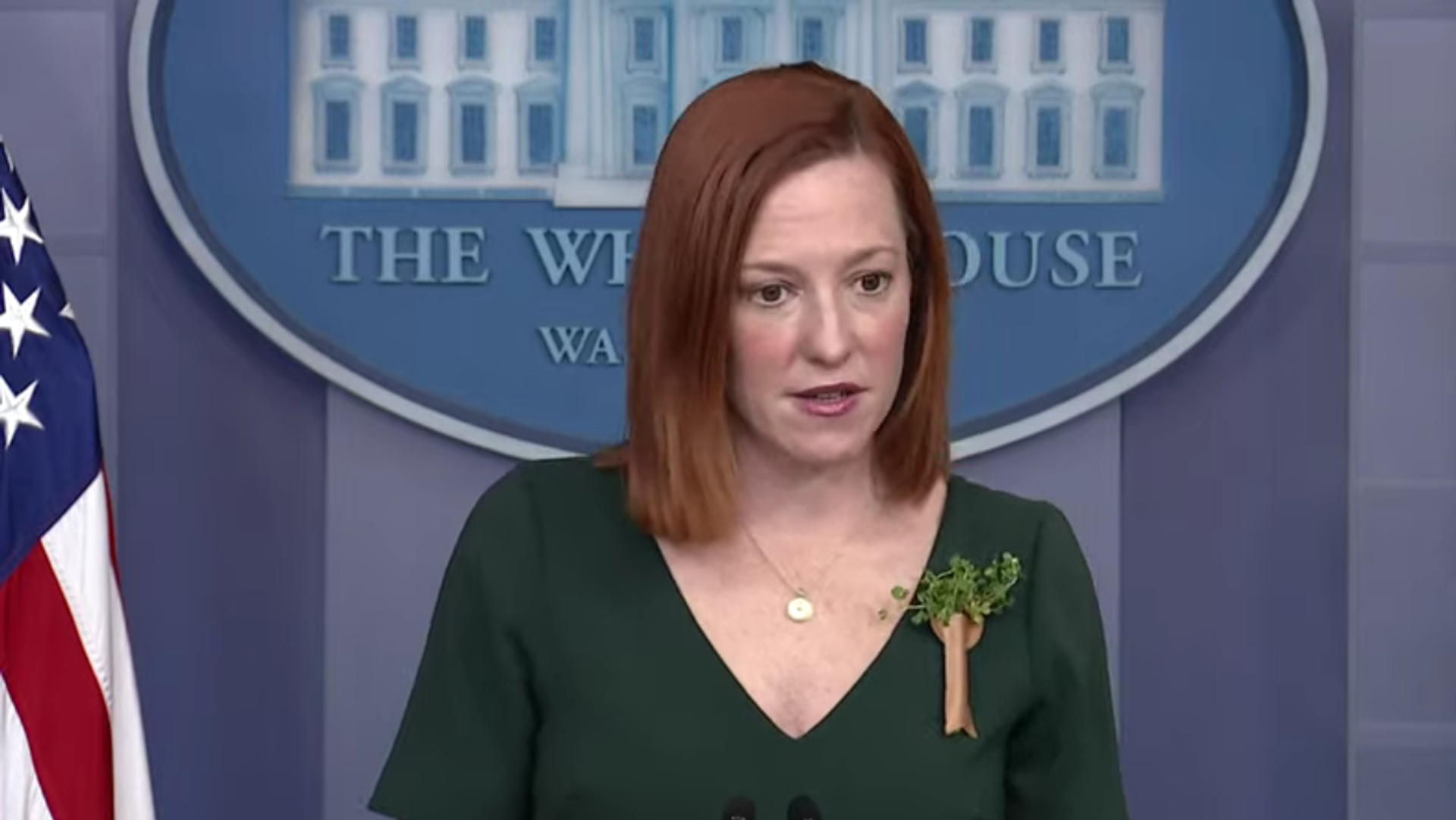 Tim Korso
All materialsWrite to the author
The bombshell Senate committee report had even been mentioned in the first round of debates between then-presidential candidates Donald Trump and Joe Biden, but it appears the White House press secretary missed a major allegation targeting the now sitting president.

White House spokeswoman Jen Psaki has said she was not familiar with the reports that the US president's son, Hunter Biden, allegedly received $3.5 million in 2014 from Yelena Baturina, the wife of the late Moscow mayor, after being asked about the purpose of the payment by a New York Post journalist. In 2014, Hunter's father Joe Biden served as US Vice President in the Obama administration.

The press secretary went on to doubt the credibility of allegations about Hunter Biden getting money from the Russian billionaire businesswoman.

"I'm not familiar with that claim. It doesn't sound like it's backed up by a lot of evidence. If you have evidence or specifics, I'm happy to discuss it further", Psaki said.

One of the journalists specified that the allegation was made in a September 2020 report drafted jointly by Republicans from the Senate Committee on Finance and the Committee on Homeland Security and Governmental Affairs. Psaki said she was not familiar with the said report "at all".

The allegation in the report was not only widely publicised, but also raised by then-President Donald Trump during the first round of his debates with Joe Biden. Trump grilled his Democratic opponent about the purported payment, alleging that he also benefited from it.

The Senate report in question says that Baturina, the widow of ex-Moscow Mayor Yuri Luzhkov, sent 11 wires totalling around $3.5 million to a Rosemont Seneca Thornton bank account in 2014. The wires were listed as "Loan Agreement". The investment firm Rosemont Seneca Thornton, the report continues, was co-founded by Hunter Biden in 2009 along with his business associates, Devon Archer and Christopher Heinz. The Senate committee document also said that the president's son was spotted at various events organised by Rosemont Seneca.

Based on this information, senators concluded that Hunter Biden and Archer were beneficiaries of the said payment, but the report acknowledged that it was not entirely clear what this money was paid for.

Baturina's brother, Viktor agreed to shed some light on the matter in an interview with the Daily Mail, claiming that the $3.5 million was "a payment to enter the American market". It is unclear, however, how much insight Viktor has in his sister's business dealings. The two handled business together until separating in 2006. In 2013, Viktor Baturin was sentenced to seven years in prison over fraud charges and at the time the $3.5 million payment was made he was still serving his sentence. 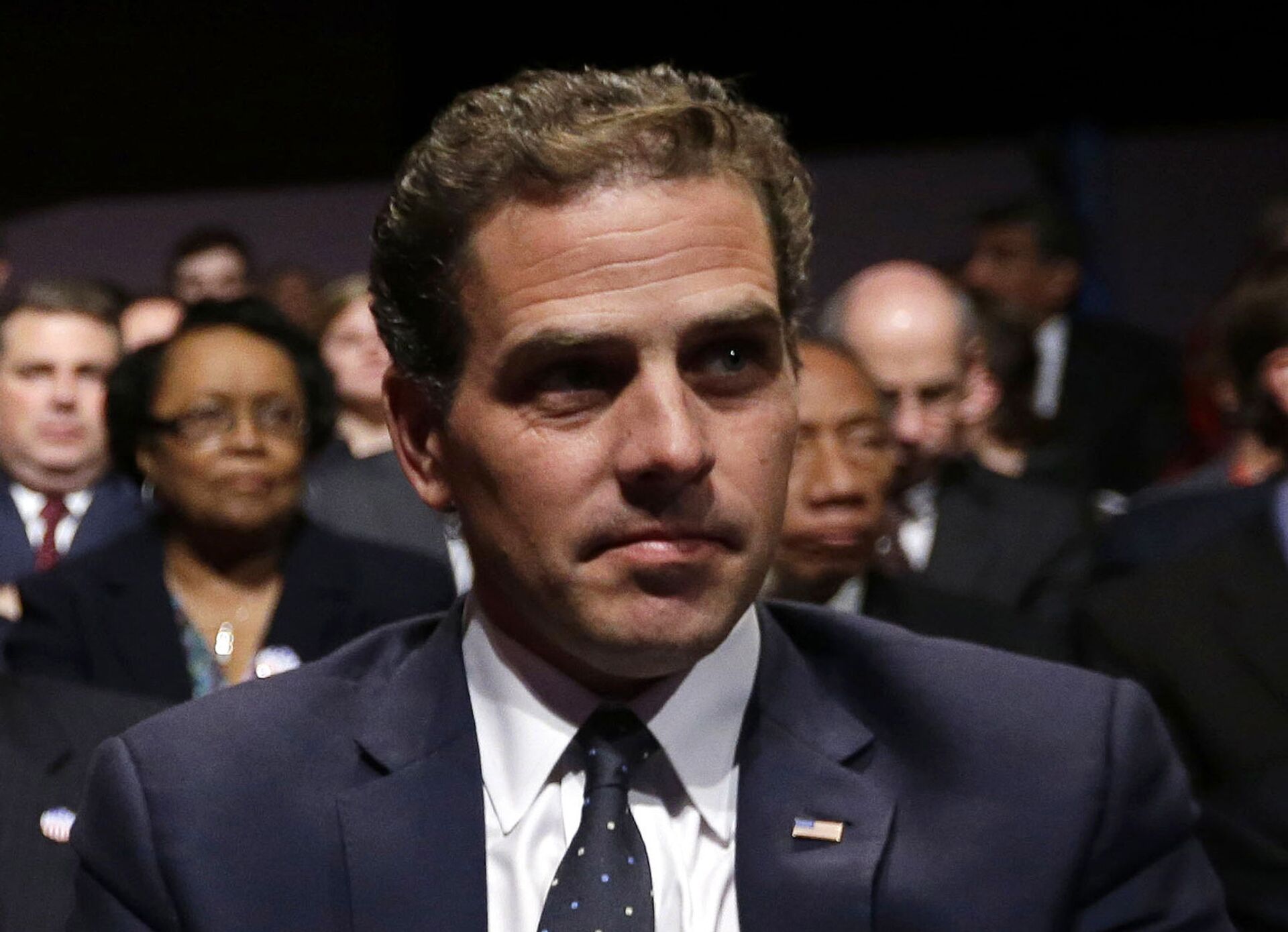 In this Oct. 11, 2012, file photo, Hunter Biden waits for the start of the his father's, Vice President Joe Biden's, debate at Centre College in Danville, Ky. In 2014, then-Vice President Joe Biden was at the forefront of American diplomatic efforts to support Ukraine's fragile democratic government as it sought to fend off Russian aggression and root out corruption. So it raised eyebrows when Biden's son Hunter was hired by a Ukrainian gas company. President Donald Trump prodded Ukraine's president to help him investigate any corruption related to Joe Biden, now one of the top Democrats seeking to defeat Trump in 2020
© AP Photo / Pablo Martinez Monsivais

Hunter Biden's lawyer has dismissed all of the accusations levelled by the Senate report against his client. He insisted that Biden had no business relationship with Baturina and did not receive any money from her. The lawyer further claimed Hunter Biden was not involved with Rosemont Seneca Thornton, and that did he have a share in it.

The Senate report's claims about the Russian businesswoman, who was alleged to have ties to the Russian government, came as Hunter Biden's business affairs faced increased scrutiny in the middle of his father's presidential campaign. A bombshell report published in the New York Post not long before the election and based on data recovered from Hunter's purported laptop suggested the businessman profited from ties to his father Joe. The report also alleged the now-US president might have also profited from Hunter Biden's business affairs, despite earlier insisting that he had nothing to do with them.