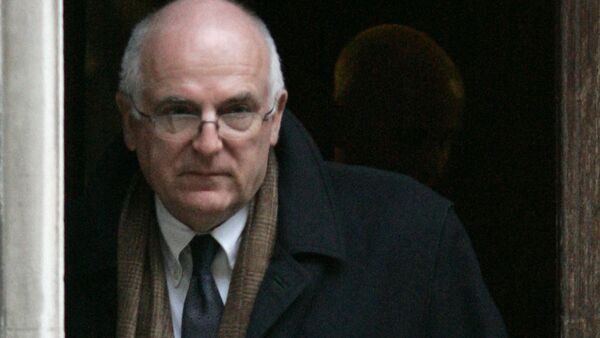 © AP Photo / SANG TAN
Subscribe
Svetlana Ekimenko
All materialsWrite to the author
British Telecommunications (BT) had notified the UK government of Huawei’s interest in the 5G deal in 2003, yet in evidence presented to a probe by the Intelligence and Security Committee (ISC), the Cabinet Office said officials at the time had chosen not to refer the matter to Ministers until a year after the contract had been signed, in 2006.

Not being consulted about the decision to introduce Huawei technology in Britain’s 5G rollout came as a blow to the former head of the British Secret Intelligence Service (MI6) Sir Richard Dearlove.

The ex-MI6 chief, who headed the agency from 1999 to 2004, has revealed to the Danube Institute think tank that together with other members of the security services, he was 'intensely shocked' to discover at the time that the original Huawei deal had gone through.

“I was Chief when the original deal was signed with Huawei and at the time we were not consulted. The government let this go through and some of us, when we heard about it, were intensely shocked. It wasn't sensitive in those days [and] I think GCHQ were saying 'this isn't a problem, we can keep it under control' but some of us disagreed with that.”

British Telecommunications (BT) had notified the UK government of Huawei's interest in a 5G infrastructure deal worth £10 billion (slightly over $13 bln) in 2003.

However, it later emerged in a Parliamentary report dated 2013 that officials had refrained from consulting with ministers on the matter until 2006 - a year after the contract had been signed.

According to the report by the Intelligence and Security Committee, officials opted against informing the government as 'the potential trade, financial and diplomatic consequences’ of using existing legal mechanisms for blocking Huawei’s interest were perceived as ‘too significant'.

The report had slammed the decision not to consult ministers as 'extraordinarily' complacent.

The UK government announced in July 2020 that it was backtracking on its earlier decision, taken in January, to grant China’s Huawei a role in building the UK’s 5G network.

The decision followed persistent attempts by the Donald Trump administration to persuade its European partners to slap sanctions on the tech giant, which was seen as capable of outpacing its competitors in the United States. 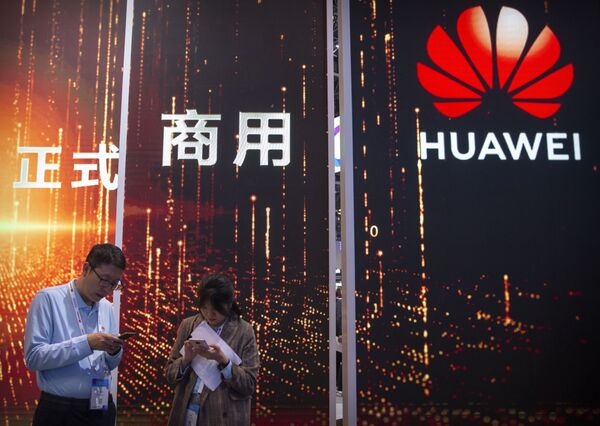 In this Oct. 31, 2019 photo, attendees use their smartphones near a Huawei booth at the PT Expo technology conference in Beijing. Chinese tech giant Huawei is racing to develop replacements for Google apps. U.S. sanctions imposed on security grounds block Huawei from using YouTube and other popular Google "core apps."
© AP Photo / Mark Schiefelbein

In 2018, a US decree banned the use of Huawei equipment, citing national security concerns about it allegedly facilitating spying efforts on part of China. Despite Beijing and the tech giant repeatedly denying the accusations, several of Washington’s allies, including the UK, followed suit.

Accordingly, the company was banned from Britain’s 5G network, with all of its existing technology to be stripped out by 2027.

Huawei decried the decision to exclude it from the UK's 5G network as 'politically-motivated and not based on a fair evaluation of the risks'. 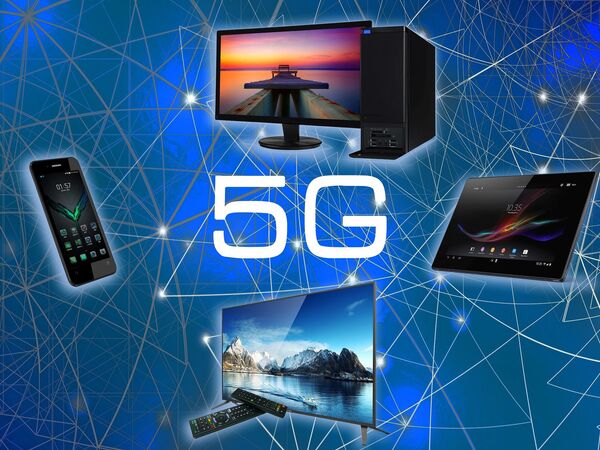 Sir Richard Dearlove told the think tank he was “thrilled” the British government had reversed its decision to allow Huawei access to the most sensitive areas of the country’s communications network.

“We were becoming partially dependent on Chinese technology and I think there’s no question now with 5G this is something we need to scale back and we need to be wary of. We need now to encourage replacements [and] have an industrial policy which makes sure that our dependence on Huawei is reduced,” he said.

In response to the former spy’s recollections for the thinktank, a Whitehall source was quoted by the Sunday Telegraph as saying:

“We don't recognise Sir Richard's recollection of events. As you'd expect a thorough technical assessment was carried out at the time with all appropriate parties properly consulted. We remain confident our mitigation of the national security risks brought by Huawei has kept up with the times.”

Sir Richard Dearlove also deplored the UK government’s “incredibly naive” handling of its commercial relationship with China in the past, adding that any future trading relationship with the country should be “managed quite aggressively”.

Full Danube Institute Budapest interview with Sir Richard Dearlove also covering his views on Brexit, Scotland, China and the Coronavirus, the US under Joe Biden and whether there were intelligence failures over Iraq https://t.co/l2g1thjGWD

“We’re not there to be set up and exploited. We’re there to have a controlled trading relationship… I’m an opponent of moral foreign policy. You need a much more practical, pragmatic and modulated relationship with China,” said the former MI6 chief.