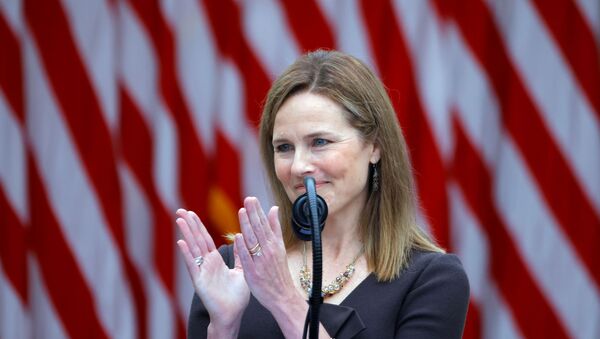 Aleksandra Serebriakova
Moscow-based Sputnik correspondent specializing in foreign affairs.
All materialsWrite to the author
A position in the US Supreme Court fell vacant on the death of Associate Justice Ruth Bader Ginsburg on 18 September. US President Donald Trump has now nominated US Court of Appeals judge Amy Coney Barrett as his pick for the vacancy.

The nomination of Amy Coney Barrett as US Supreme Court Associate Justice has already been decried by American liberals who object to her Catholic upbringing and strong anti-abortion stance.

But the nominee, who has already been dubbed by some “Glorious ACB” - as the opposite of late Associate Justice Ruth Bader Ginsburg who is remembered by many as “Notorious RBG” – also has her fans and supporters.

​Ruth Bader Ginsburg will go down in history as a fierce fighter for gender equality who maintained that women belong everywhere “decisions are being made” and Barrett's nomination to fill her vacant seat would seem to show that she won that fight, even if the philosophies of the two jurists are diametrically opposed, says Washington attorney Elizabeth Slattery.

So who is Amy Coney Barrett, the woman who has already been admired and criticised across the whole American political spectrum? 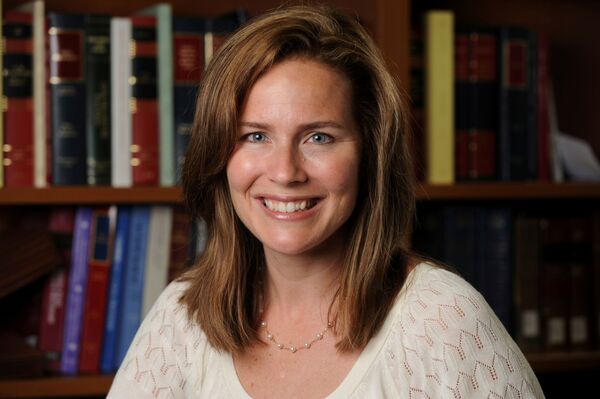 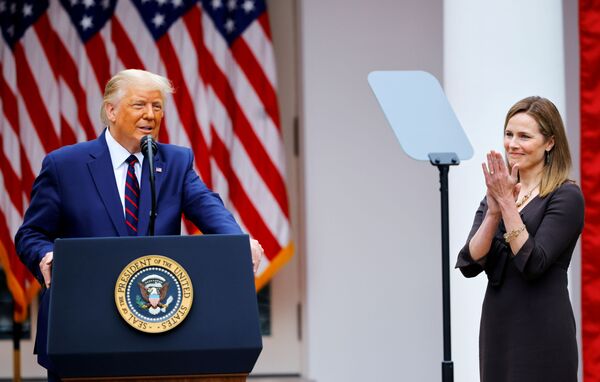 U.S President Donald Trump holds an event to announce his nominee of U.S. Court of Appeals for the Seventh Circuit Judge Amy Coney Barrett to fill the Supreme Court seat left vacant by the death of Justice Ruth Bader Ginsburg, who died on September 18, at the White House in Washington, U.S., September 26, 2020
© REUTERS / CARLOS BARRIA 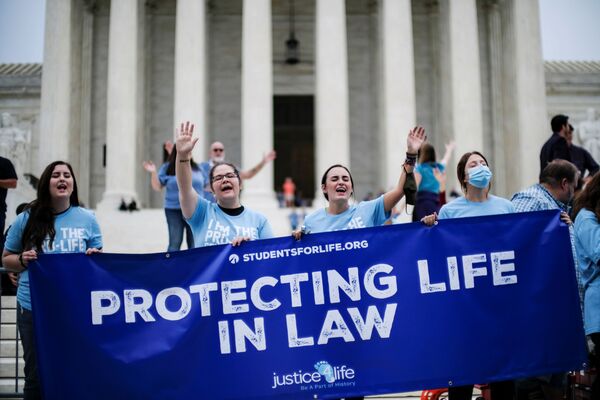 What's Next After Trump's Pick Announcement?

Before being named as a new Associate Justice, Barrett will again have to undergo a confirmation hearing which is not expected to be an easy ride. If appointed, she would give the Supreme Court a clear conservative majority – an idea that has not been welcomed by Democratic voters who now feare that the Obamacare health act and abortion rights would be put at risk by Barrett’s nomination.