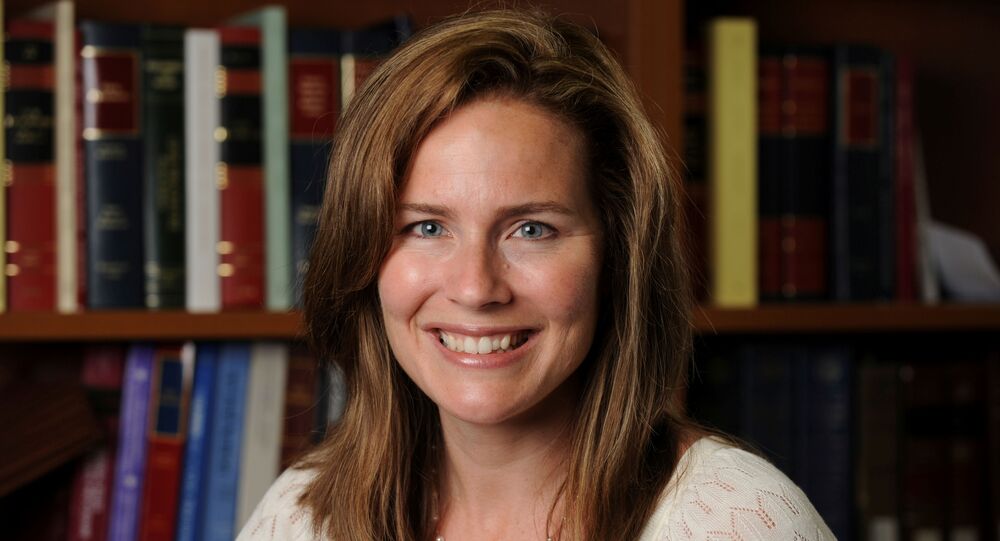 US President Donald Trump will nominate Judge Amy Coney Barrett, of the US Court of Appeals for the 7th Circuit, to fill the seat of late Associate Justice of the Supreme Court of the United States Ruth Bader Ginsburg, according to emerging reports on the decision, which is set to be announced on Saturday.

Exactly one week after the announcement of Ginsburg’s passing, Trump has reportedly determined that Barrett, 48, will be his Supreme Court nominee ahead of the contentious November 3 presidential election, The Hill reported Friday evening, citing “multiple people familiar with the process.”

“He’s made his decision and it’s Barrett,” stated a Republican official.

Barrett, one of five women on the US president’s all-female short list, was nominated to the 7th Circuit by Trump on May 8, 2017, and was later confirmed by the US Senate on October 31, 2017. However, she was ultimately passed over in favor of Justice Brett Kavanaugh.

Conservative outlets and pundits have given significant attention to Barrett following reports of her White House meeting with Trump on Monday. One of the main talking points raised pertained to the 48-year-old’s Catholic faith, which Sen. Dianne Feinstein (D-CA) notably called into question during her appointment in 2017.

“Why is it that so many of us on this side have this very uncomfortable feeling that dogma and law are two different things, and I think whatever a religion is, it has its own dogma. The law is totally different,” she asserted.

“And I think in your case, professor, when you read your speeches, the conclusion one draws is that the dogma lives loudly within you. And that’s of concern.”

Flashback — Dianne Feinstein to Amy Coney Barrett about ACB’s Catholic faith: “When you read your speeches, the conclusion one draws is that the dogma lives loudly within you — and that’s of concern.”pic.twitter.com/aMGjVQRmcS

The 48-year-old federal judge is also a professor of law at the Notre Dame Law School, specializing in “constitutional law, federal courts, and statutory interpretation.”

Notre Dame law professor Paolo Carozza recently pushed back against narratives circulating about Barrett, arguing to Indiana’s South Bend Tribune that “people are reducing Amy to an ideological category instead of taking her for who she is: an intelligent, thoughtful, open-minded person.”

Carozza argued that his colleague has academic and real-life experience in confronting some of the “most important legal and constitutional questions that are current and relevant to the Supreme Court.”

Barrett notably clerked for Judge Laurence Silberman of the US Court of Appeals for the DC Circuit and for Associate Justice Antonin Scalia of the US Supreme Court.

Carozza also highlighted that, unlike Supreme Court Justices Elena Kagan and Brett Kavanaugh, Barrett did not hold an overtly political role in a US administration.

“It suggests an even higher regard for her than just being politically aligned,” Carozza said. “She has not been a political activist.”

If confirmed, Barrett’s appointment would give Republicans a 6-3 majority in the Supreme Court.

Trump, who is vehemently against mass mail-in voting, has repeatedly claimed the nation’s highest court may be called upon to decide the 2020 presidential election.