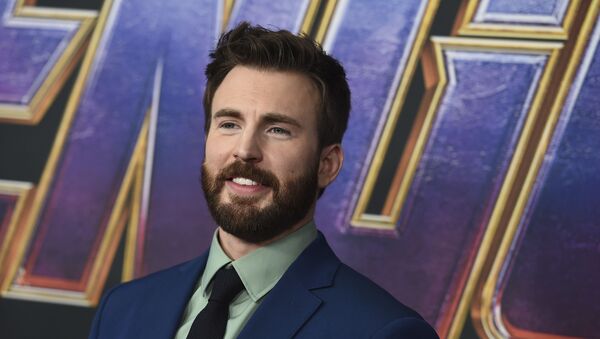 Daria Bedenko
All materialsWrite to the author
Chris Evans, a famous American actor, particularly gained popularity after starring as Captain America in the Marvel Universe film franchise. He is also well-known for his work in "Knives Out", "Fantastic Four" and "Snowpiercer".

Thousands of netizens were stunned Saturday after logging in to Twitter and seeing Chris Evans trending number one worldwide for what is believed to be him leaking his own nude pictures on Instagram.

Evans shared a video in his account, but apparently was not quick enough to notice that it ends showing his camera roll. Despite the actor deleting the clip moments later, the screenshots immediately went viral - and it was not only the nudes that caught user attention.

Many were thrilled by the picture edit that included Evans' own face with a caption "Guard That Pu*sy", wondering what might be the story behind this pic. But the "nude pic" triggered a wave of jokes, references and memes.

i honestly don't care about chris evans leaked nudes but i would like to hear the story behind this pic and why is it in his camera roll pic.twitter.com/TjomtXhqNv

me clicking to see why chris evans is trending pic.twitter.com/nTD5RfZ2Pm

Me: I wonder why Chris Evans is trending? Is it because Cap was the best Avenger? Did he do some awesome charity work? Is the doggo okay?

​​A bunch of references were regarding Evans' role in Marvel's "Avengers" and "Captain America" saga, with people mocking one of his charachers appearances as Captain America in schooling videos, lecturing the kids who got a detention in a funny and condescending manner: "So, you got detention". The users were quick to rebrand it into "So, you leaked your own d**k pick".

Getting the most out of the scene, netizens remembered Steve Rogers' iconic line "That's America's a*s", remaking it to fit the situation.

Others recalled the famous scene from "Avengers. Endgame" that had two version of Captain America engaging in a fight, captioning it "exclusive footage of chris evans confronting the person who leaked his nudes".

exclusive footage of chris evans confronting the person who leaked his nudes pic.twitter.com/bQ4758skOt

​Some chose not to spread the alleged "nudes", ridiculing all the why-questions and starting a challenge suggesting what (or who) else might have been saved in Evans' camera roll, instead of a spicy picture.

why chris evans has photo of lady gaga in his gallery? pic.twitter.com/GRC8yNU1zf

HELPJSKDJD but can someone explain why chris evans has this picture of Emma stone holding a Jaebeom fan sign 🏃‍♀️😭 pic.twitter.com/3ckpLV1QE8

CAN SOMEONE PLEASE EXPLAIN WHY THE FCK CHRIS EVANS HAS A WOOYOUNG PIC SAVED ON HIS CAMERA ROLL?;$/&:& WTFF pic.twitter.com/t94UYKiSzH

The Marvel star has not yet commented on the situation.

Evans is famous for his role of Steve Rogers, a.k.a. Captain America, in self-titled movies and in the "Avengers" saga. His other performances include roles in "Knives Out", "Snowpiercer" and "Fantastic Four".