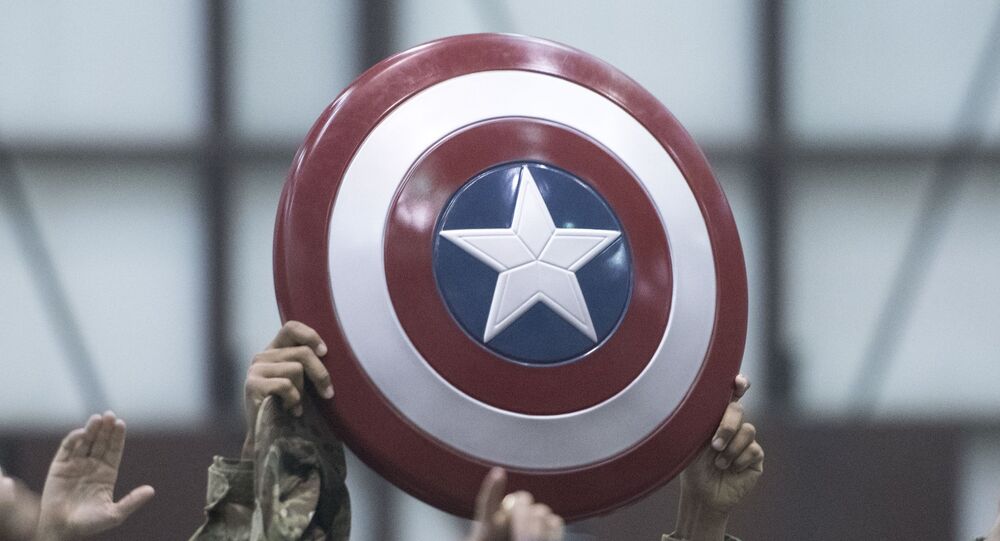 Since May 2020, the United States has been engulfed in nationwide protests over the death of African American man George Floyd in police custody in the city of Minneapolis. The incident sparked rallies against racism and police brutality around the world.

A protester in Minneapolis has been captured on video while throwing a trash can lid at a police officer's head just like Captain America’s shield.

The shocking footage depicts the police officer being hit hard in the back of his head, falling to the ground unconscious.

According to local media reports, the police officer suffered severe injuries, but is expected to recover.

​Some Twitter users loved the move, praising the protester for his actions and comparing him to the Marvel hero.

​However, other netizens condemned the protester, saying that it was violent and unnecessary.

​Nationwide unrest in the US has escalated since last weekend's shooting of another Black man, Jacob Blake, in the city of Kenosha, Wisconsin.

Months-long protests erupted in the United States in May after African American man George Floyd died when a police officer in the city of Minneapolis put him knelt on his neck for over 8 minutes. Some of the protests turned into violent riots with looting and resulted in clashes with law enforcement officers.