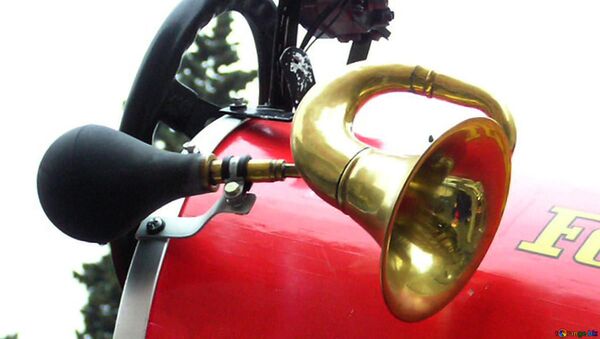 CC0 / /
Subscribe
International
India
Africa
New Delhi (Sputnik): While India is one of the noisiest countries in the world, as per the World Health Organisation (WHO), the country’s financial capital Mumbai is the noisiest city in India, as stated by the Central Pollution Control. The city faces a huge traffic problem and noise levels are far beyond permissible levels.

Mumbai Police on Friday released a video showing a new method that they have adopted to reduce honking in the city. In the video, police have installed decibel metres to measure noise levels at traffic signals, if the noise crosses 85 dB, the traffic signal at a red light resets to 90 seconds.

Horn not okay, please!
Find out how the @MumbaiPolice hit the mute button on #Mumbai’s reckless honkers. #HonkResponsibly pic.twitter.com/BAGL4iXiPH

As traffic police describe the city as the honking capital, it also states that people honk even when the signal is red. Whether the patience-testing method will mute the honking or not, is being discussed by a large number of netizens.

I happened to meet some foreigners and asked them what they disliked about India. They said honking was the immediate difference.

Have been waiting for this initiative. welcome it.

Dear Mumbai Police, this is wonderful! My only request is to change the caption at the end of the video “Honk Responsibly” to “Stop Honking”... there’s no such thing a responsible honking.

Fines haven't really solved such major problems till date. With heavier fines imposed people have only objected to such heavy fine instead of actually correcting the issues. Waste their precious time, they will learn!

​​In a one-of-its-kind noise-mapping by National Environmental Engineering Research Institute (NEERI), a report has suggested that Indian railways and road transport are the topmost contributors to noise pollution in Mumbai. The average noise level from major roads and national highways is at 88.7 decibels (dB) and 85 dB respectively.