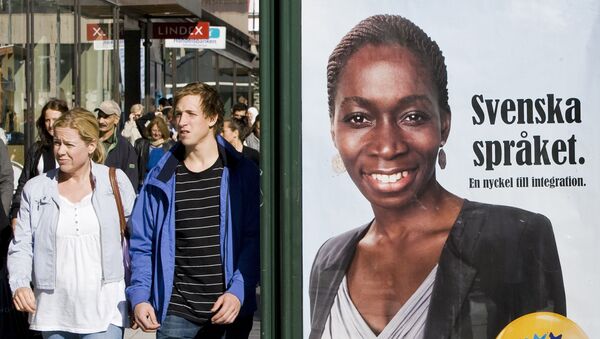 Apart from sparking divisions and a mass flight within the Liberal Party, the nomination of Nyamko Sabuni as party chair may have long-reaching consequences for Swedish politics.

With Nyamko Sabuni, a Burundi-born black woman, left as the only contestant to chair the Swedish Liberal party, senior party members have announced their exodus to protest her policies as being not liberal enough.

As fellow Liberal Erik Ullenhag threw in the towel, Sabuni, a former gender equality minister, is expected to be crowned as the Liberals' new party leader on Friday.

However, several heavy names on the party roster have found this prospect unbearable and announced they are leaving the party.

Former MP and vice president of the parliament Kerstin Heinemann explained that she, as a “social liberal” cannot the support the imminent “right-wing slant” awaiting the party.

“Now that I have thought it over, I'm leaving the Liberals after 52 years as a member. The new direction of the party, I cannot support it. I have always been social liberal and will remain it, but with the new direction, there is no place for me. It is with great grief in my heart that I make this decision, but I follow my beliefs”, Heinemann wrote on Facebook.

Another former MP, Linnéa Darell, announced on Facebook her decision to leave the party board.

“It is with great sadness that I note that the social-liberal fundamental values that have been so important to me in my political career for many years are now at risk of being eroded in favour of a 'crackdown' in refugee policy, criminal care, and perhaps even in social policy areas,” Darell wrote.

Ana Maria Hellström Narti, who together with 86 Liberals recently signed a joint opinion piece in Aftonbladet pledging to defy the majority opinion and vote for Ullenhag anyway, has also announced that she's stepping down, “not with sorrow but with much anger”. According to her, Sabuni's chairmanship will put “a definitive end to liberalism” within the party.

On Twitter, some went so far as to label Sabuni "black right".

Burundi-born Nyamko Sabuni came to Sweden at the age of twelve in 1981. In 2002, she became an MP and served as minister of integration and gender equality in the centre-right government, the first person of African descent to hold a ministerial post in Sweden.

In 2006, Sabuni proposed a hijab ban for girls under 15 and mandatory gynaecological examinations for schoolgirls to stop the spread of female genital mutilation. She is the author of the book “The Girls We Let Down” about women living under the threat of honour violence. Sabuni has also suggested that devout Muslims “limit their own opportunities” and marginalise themselves.

Sabuni has also said that she wants to be a role model for immigrants in Sweden and someone who immigrants can identify with. Recently, however, she sparked controversy by calling on Sweden to “bury its vision of a multicultural society” in order to succeed in integration. Later, she partially withdrew her statement.

​Tweet: Contratulations, Nyamko Sabuni! Hope you manage to lead the party in a down-to-earth way, instead of the lack of realism that has gained footing among the Liberals.

Under the previous leader, Jan Björklund, who had led the party for 12 years, the Liberals, a fiercly pro-EU party, have suffered several unsuccessful elections, and in recent measurements have fallen beneath the parliamentary barrier of four percent. However, the party plays an important role in Swedish politics. 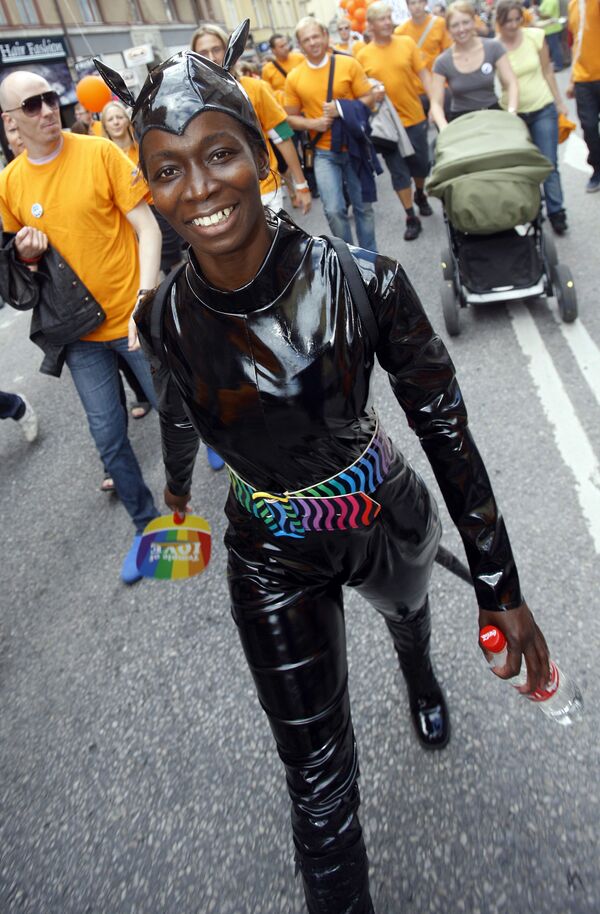 The Liberals' support for the Social Democrats allowed them to break a hung parliament situation and form a minority “red-green” left-of-the-centre coalition government after agonising talks that lasted for several months. By contrast, Sabuni previously voiced readiness to accept help from the right-wing Sweden Democrats, who are usually shunned as pariahs by the Swedish political establishment.