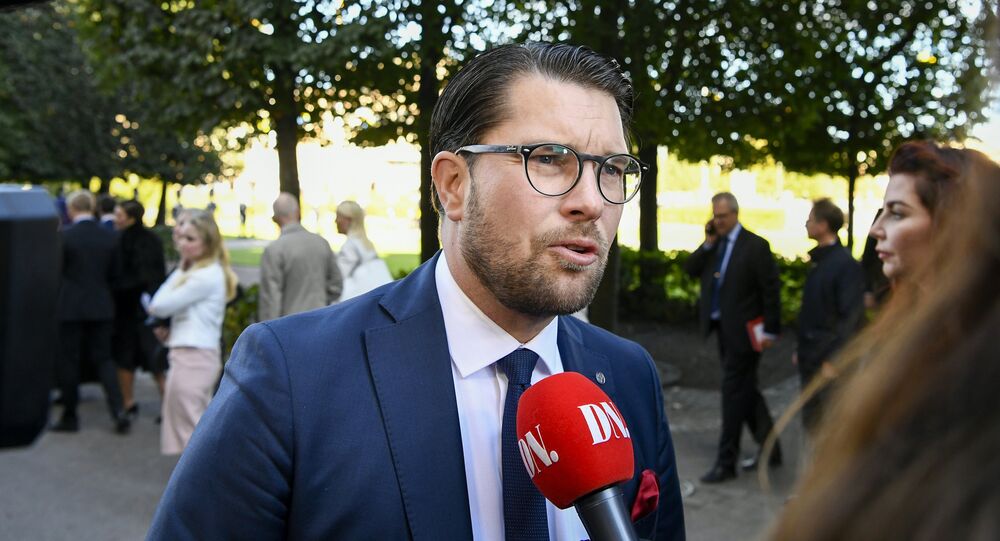 Since this is not the first time the Sweden Democrats leader has been attacked, many blame it on smear tactics by the press and rival parties, who repeatedly paint Jimmie Åkesson and his anti-immigrant party as "racists".

A person has thrown a powerful firecracker at Sweden Democrats' leader Jimmie Åkesson in Mariestad during an election tour around the town of Skaraborg, Swedish Radio reported.

The firecracker was hurled at the car while Åkesson and his bodyguards were getting into the the vehicle on Thursday afternoon.

While no one was injured, a report of attempted assault and attempted violence against an official has been made. The police have interviewed several witnesses around the area.

"A police team has been following Jimmie Åkesson during his election tour, because it has been judged that there is a certain threat to him", said police press spokesman Peter Adlersson.

While the right-wing Sweden Democrats often find themselves in the role of the "bad guys" for the liberal-leaning press and get labelled everything from "racist" to "Nazi" by their left-wing opponents, condemnation of the attack was universal.

Even Prime Minister Stefan Löfven, despite his repeated verbal attacks on the Sweden Democrats, strongly disapproved of the attack.

"Every attack on our elected politicians is an attack on our common democracy. The event makes me extremely angry, and I want to express my empathy for Jimmie Åkesson and his family at this moment", Löfven said, as quoted by Swedish Radio.

On social media, the attack triggered an explosion of comments.

"In a democracy, everyone must be allowed to speak out. Using violence, in this case a firecracker, to intimidate and threaten is unacceptable", former Liberals leader Jan Björklund tweeted.

"Thank you media and our political opponents for running dirty election rhetoric that allows these things to happen. Still, it is insisted that we, the Sweden Democrats, are the threat to democracy", SD member Mira Aksoy tweeted. "Other party leaders are never exposed to this sort of attacks, because the media and political opponents do not portray them as anti-democrats and racists. This is your fault and you know it", she added.

"Now it was 'just' a firecracker, but imagine if it were a hand grenade. God, this is foul", another user tweeted.

"Here we go again. An attack on SD leader Jimmie Åkesson. This time a firecracker thrown at his car after a speech in Mariestad. Too bad!" Expressen journalist Niklas Svensson tweeted.

​"Had it been a socialist or some other party leader, it would have been BOMB in all the press", another user called out the press' double standards in dealing with the Sweden Democrats.

"Who do you think is the culprit: 1) Antifa 2) Young Left 3) Feminist Initiative 4) Others" another user inquired, listing his suspects.

In 2018, after a speech in Örebro, Åkesson was attacked by a young man who shouted "f*****g racist", while another man tried hurling fruit at the Sweden Democrats leader.

Ranking third with 17.6 percent of the vote, the Sweden Democrats are the country's largest right-wing party. Despite their steep upward curve and major electoral successes, they have yet to become part of the government or elevate any of their MPs to a ministerial post, due to other parties collaborating to edge them out by forming a "cordon sanitaire".